A huge ozone hole has opened this year over the Arctic. While ozone holes normally form in the Antarctic zone every year because winter temperatures drop to extremely low values, allowing high-altitude clouds to develop– the Arctic has more varying temperatures and is not usually set for ozone depletion​. While the hole isn't a health threat now since the Sun is just beginning to move above the horizon in the high latitudes, there is a slim chance that the hole could shift to lower latitudes and more populated places.

This zone of low ozone levels covers the central portion of the region– a territory which is about three times the size of Greenland. The depletion of the ozone layer in the Arctic has only been recorded twice– in 1997 and 2011.

"There are some indications that it might be worse than in 2011," said Gloria Manney, an atmospheric scientist with NorthWest Research Associates.

Martin Daeris, another atmospheric scientist at the German Aerospace Center, noted that this is the first time experts can discuss a real ozone hole in the Arctic.

According to Jens-Uwe Grooss, an atmospheric scientist at the Juelich Research Center in Germany, the Arctic has more varying temperatures and is not usually set for ozone depletion, thus, ozone holes are rare in this area.

However, powerful westerly winds flowed around the North Pole this year, trapping cold air within a polar vortex. With these extremely cold temperatures, high-altitude clouds formed, triggering the reaction that destroyed the ozone. 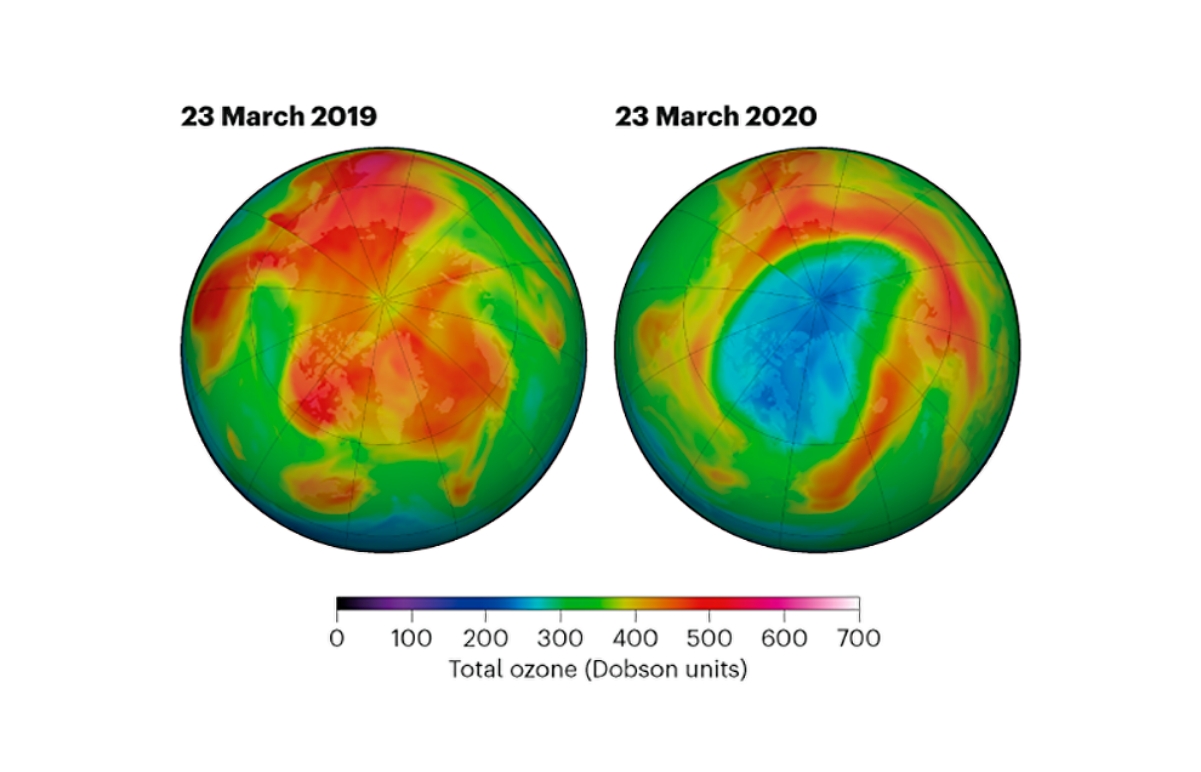 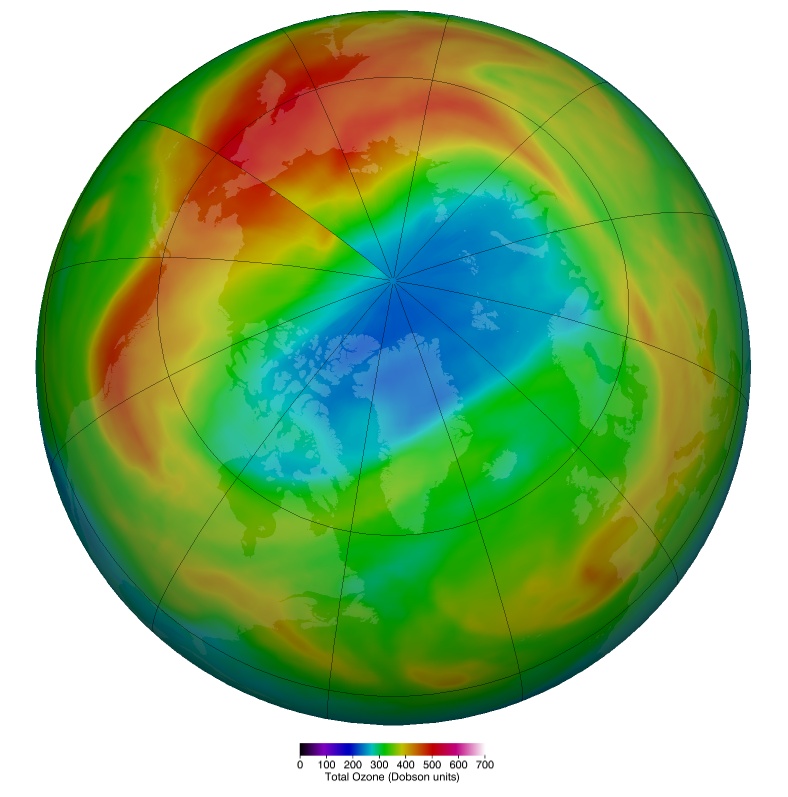 By late March, there was a 90 percent drop in ozone at an 18 km (11 miles) altitude, from the usual 3.5 parts per million of ozone to 0.3. "That's more than any ozone loss we have seen in the past," said atmospheric scientist Markus Rex at the Alfred Wegener Institute.

Professionals believe that the following weeks would be critical. For now, the Arctic ozone hole does not pose a health threat since the Sun is just starting to move above the horizon in high-latitude areas.

Antje Inness, an atmospheric scientist with the European Center for Medium-Range Weather Forecasts, said temperatures in the region have begun increasing, so the ozone should start to recover as the polar vortex tears apart in the next few weeks.

However, there is a slim chance that the hole could shift to lower latitudes and more populated places. If it does, people would need to use sunblock outdoors.

"Right now, we're anxiously watching what happens," said atmospheric scientist Ross Salawitch at the University of Maryland. "The game is not over yet."