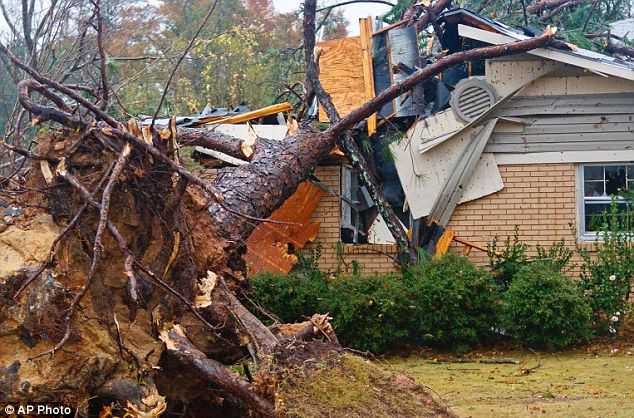 The severe weather outbreak commenced before sunrise, one of the worst times of the day since most people are sleeping and may miss vital warnings. By daybreak, seven tornadoes had been sighted across eastern Louisiana and southern Mississippi. Fortunately, these tornadoes did not claim any lives, but there was no shortage of damage and injuries. 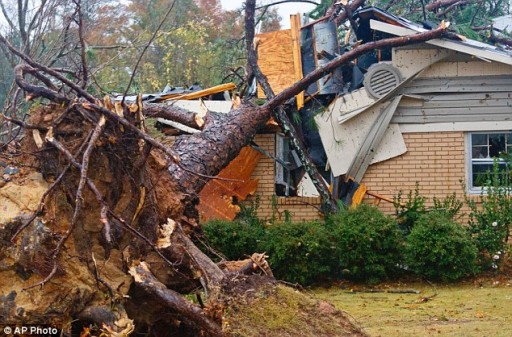 Another EF-2 was only on the ground for 1.5 miles Wednesday morning but still had enough time to destroy a home and injure an occupant in the Whitfield, Ala., area. Seven other homes and five outbuildings were also damaged. Whitfield in located roughly halfway between Montgomery, Ala., and Jackson, Miss.

An unconfirmed tornado traveled 27 miles through east-central Alabama, causing significant damage in Auburn and Opelika. National Weather Service officials told the Associated Press that the tornado will likely receive the ranking of a high EF-1 or a very low EF-2, but storm survey crews must first view the damage today.

A possible tornado also struck Montgomery, Ala., around 11 a.m. CST, reportedly ripping a metal roof off a building, snapping trees and overturning one or more vehicles. The thunderstorm responsible