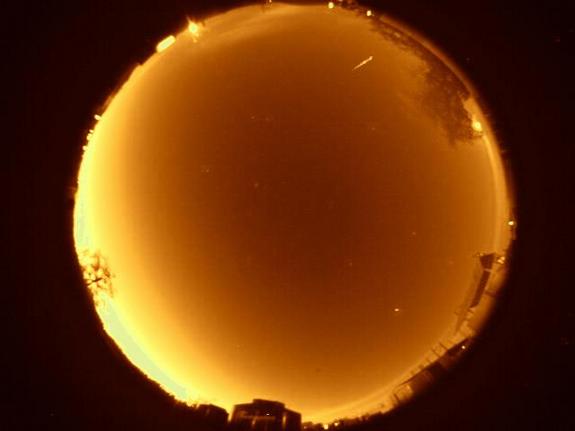 Earth is passing through the debris field of Comet Tempel-Tuttle, parent of the annual Leonid meteor shower. Barring a direct hit by a filament of dust, which forecasters consider unlikely, this year’s shower should be mild. Peak rates of 10 to 20 meteors per hour are expected on Nov. 17-18.

According to an analysis by NASA’s Meteoroid Environment Office, the meteoroid hit the atmosphere traveling 72.7 km/s, a value typical of Leonids, and disintegrated about 90 km above the ground. (SpaceWeather) 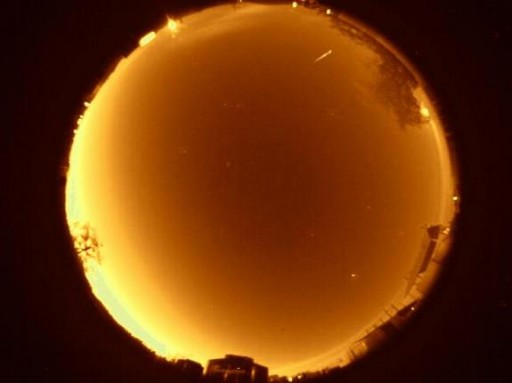 Meteor showers occur when Earth orbits through clouds of particles and dust on its path around the sun. Meteors are often referred to as “shooting stars,” because of how they streak across the sky, but these dazzling streaks of light are really triggered by pieces of debris that hit Earth’s atmosphere and burn up.

The Leonids are leftovers of the comet Tempel-Tuttle, which travels around the sun and leaves clouds of dust in its wake. This small, dusty comet was discovered in the late 19th century, and as Earth travels through the trails of debris left behind from the comet’s previous passes through our orbit, fragments impact the atmosphere and blaze across the night sky.

Every 33 years, the Leonids put on a truly spectacular display of more than a thousand meteors per hour in what is known as a meteor storm. This occurs when the comet dives close to the sun and Earth passes through the resulting thick concentration of cosmic debris. 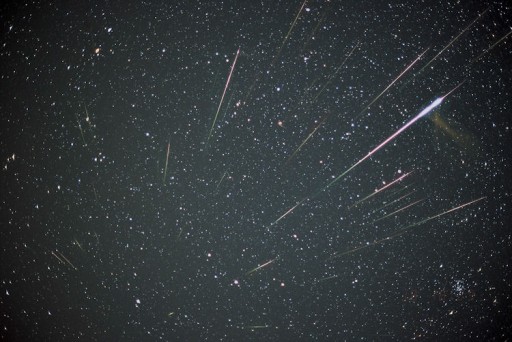 The last Leonid meteor storm happened in 1999, but one of the most famous and most dazzling ever witnessed was the Great Leonid Storm of 1966, when skywatchers in central and western North America were treated to a hail of meteors that were too numerous to count. The 2011 meteor shower season has been somewhat subdued because of the brightness of the moon during many of the showers’ peaks.

After the Leonids, skywatchers will be able to look forward to December’s Geminid meteor shower, which is generally thought to be one of the best displays of the year. And while the shining moon may have lunar observers rejoicing, meteor shower enthusiasts can take comfort in early forecasts that show that next year’s meteor shower season will be a much more dazzling affair. (Space.com)