A powerful storm rapidly intensified over British Columbia on November 9, 2021, bringing heavy rain, powerful wind gusts, and heavy snow to mountain passes. This is the third potent low to hit the region in less than three weeks.

The province is currently stuck in a non-stop unsettled pattern that won't budge, The Weather Network reports.1

"These fierce wind gusts could cause additional power outages for the North and Central coasts, and northern Vancouver Island, with much less intense but still strong winds lingering through the day Tuesday for the Lower Mainland. In addition to the rain and wind threat, there's also the chance for severe thunderstorms inching into the South Coast on Tuesday."

This is the third system in less than three weeks that has reached 'weather bomb' criteria, which is a system whose pressure drops at least 24 hPa in 24 hours. 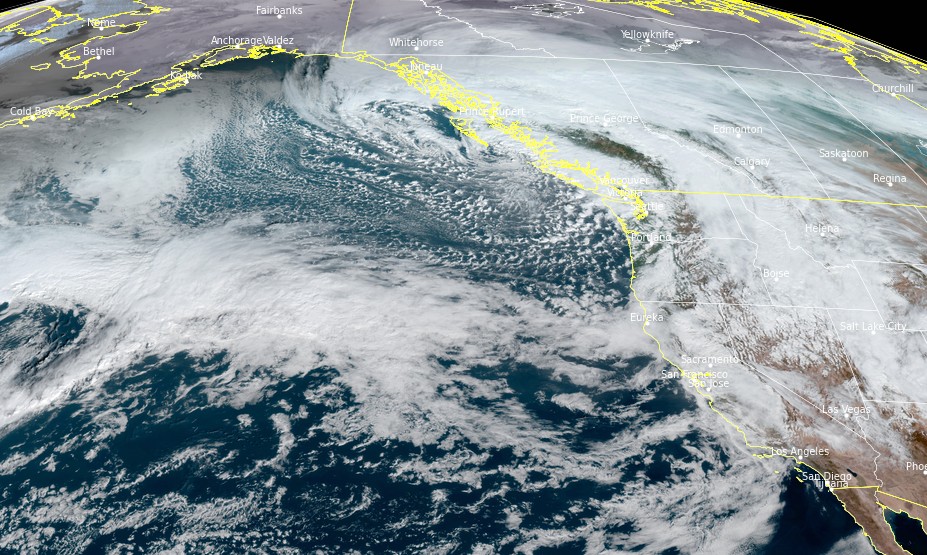 At the height of the storm, around 30 000 customers were left without power.

Most of the outages occurred when the winds picked up through the overnight hours, with falling trees knocking out power lines.

The majority of power outages continue to be concentrated in the Lower Mainland, where roughly 16 000 customers are still in the dark, according to B.C. Hydro. That includes a large portion of the North Shore, which could be in a blackout until mid-afternoon after a number of key transmission lines were brought down by fallen trees.2

1 Thousands without power as potent low 'bombs' out over B.C. – TWN