The eruption at La Soufriere volcano remains effusive, however, that could change given the historical activity at the volcano, UWI-SRC director Dr. Erouscilla Joseph said. At the moment, the eruption is localized close to the crater itself, but the volcano does have the potential for more powerful activity, and residents in the hazard areas should be vigilant.

The University of the West Indies Seismic Research Centre (UWI-SRC), the official source for information on earthquakes and volcanoes in the English-speaking Caribbean, is urging the people of St Vincent living with the potential risks from the ongoing eruption to listen to official sources, familiarise themselves with emergency protocols, and be prepared — if necessary — to evacuate.

"Magma is gently oozing out through a vent and forming a dome," said Joseph.

"The possibility of this type of eruption going from effusive to explosive does exist. This volcano can show both types of eruptions. At this time, based on the information we have, the definitive timeline of this happening, or if it will happen at all, cannot be answered."

People living in areas close to the volcano should expect strong sulfur smells for several days to weeks, depending on changes in wind direction.

The National Emergency Management Organization (NEMO) continues to appeal to the public to desist from visiting the volcano, especially going into the crater, since doing so is extremely dangerous. 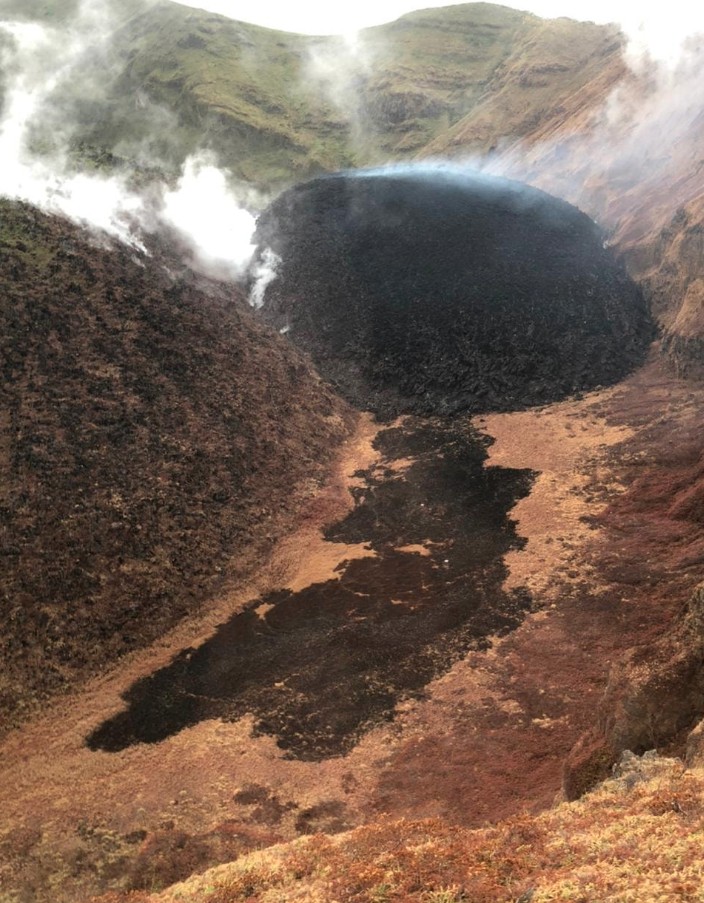 The black areas in the photo are likely burnt vegetation caused by contact of growing dome of hot material (lava) and abundant low lying shrubs in the crater – January 18, 2021. Credit: UWI-SRC 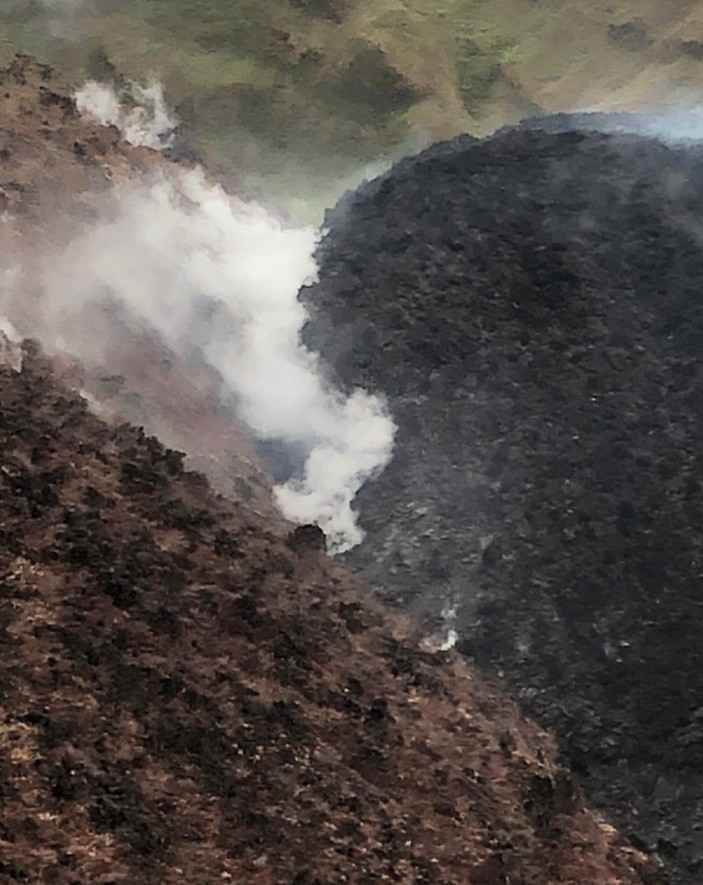 New dome reaching the crater walls and giving off steam and gases on January 18, 2021. Credit: UWI-SRC