A bright daylight fireball exploded over northern New York, U.S. at 17:10 UTC on December 2, 2020, creating a bright flash in the middle of the day.

Witnesses from parts of upstate New York said the visual event was followed by a sonic boom. 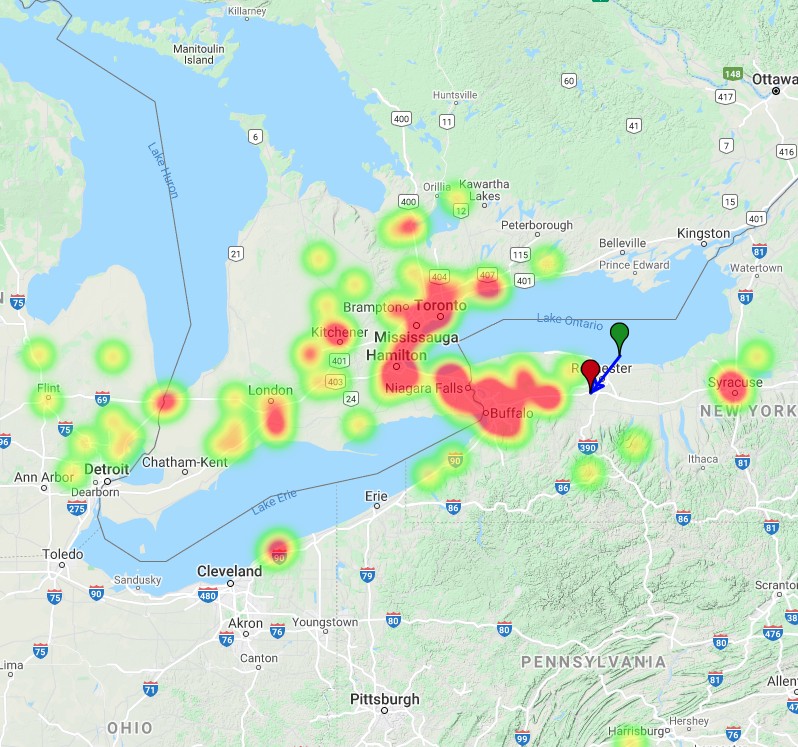 "When a very bright fireball penetrates to the stratosphere, below an altitude of about 50 km (31 miles), and explodes as a bolide, there is a chance that sonic booms may be heard on the ground below," Vincent Perlerin of the AMS noted.

NASA's analysis of the event shows that the parent meteoroid entered Earth’s atmosphere over upper New York, between Rochester and Syracuse.

"Traveling westward at 90 000 km/h (56 000 mph), it broke into pieces at an altitude of approximately 35 km (22 miles), producing a bright flash reported by the public and caught in videos."

A massive #fireball lit up the sky over parts of the United States and Canada earlier today. Check out this footage that was caught from our #EarthCam's in Toronto. Could it be a meteor??  @TourCNTower pic.twitter.com/Qxdz168p0I

The event was captured by the Geostationary Lightning Mapper aboard NOAA GOES-East satellite: 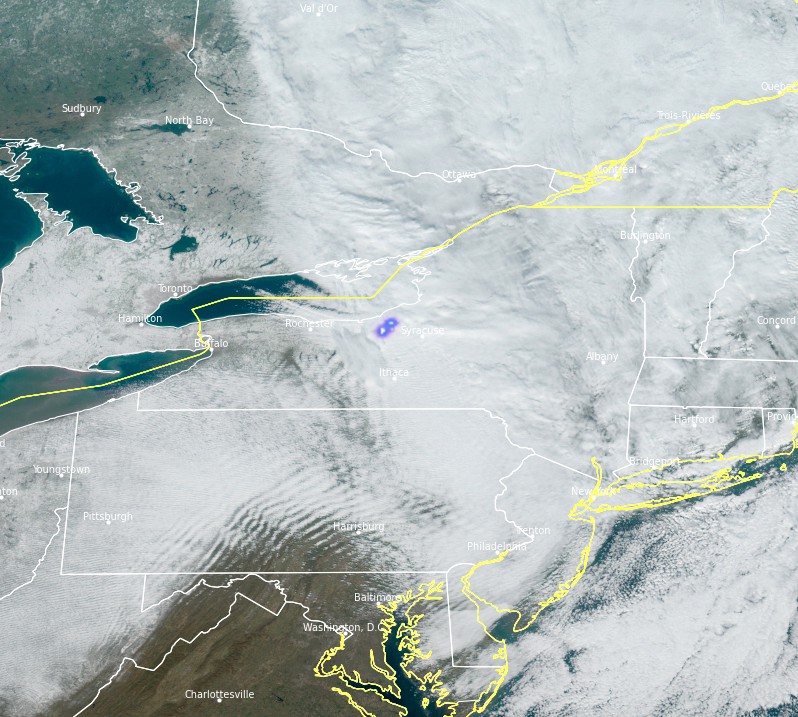 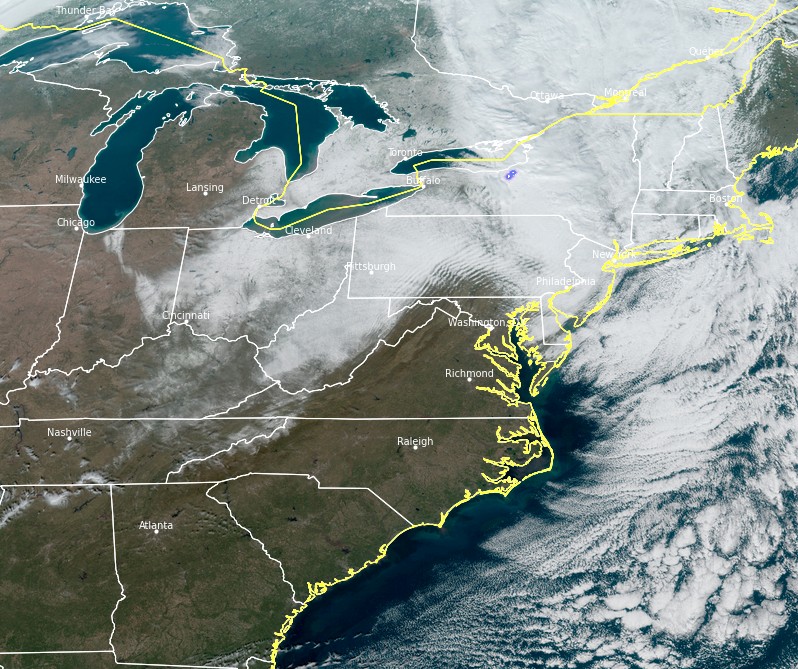