Tropical Cyclone "Burevi" made landfall over northern Sri Lanka late December 2, 2020 (LT) with maximum sustained winds up to 90 km/h (55 mph) and heavy rain. This the 5th named storm of the 2020 North Indian Ocean cyclone season and the second to form in the Bay of Bengal in a week. Burevi is now heading toward Tamil Nadu where red alerts are in effect. There are currently no reports of casualties.

Sri Lanka's Disaster Management Centre (DMC) issued a red alert ahead of the landfall and evacuated 75 000 people from the east coast. DMC asked fishermen not to venture out to sea and ordered the closure of schools along the path of the cyclone for three days.

Chief of Sri Lanka's meteorological department, Athula Karunanayake, said some areas can expect up to 200 mm (8 inches) of rain before the cyclone exits land and emerges in the Gulf of Mannar. 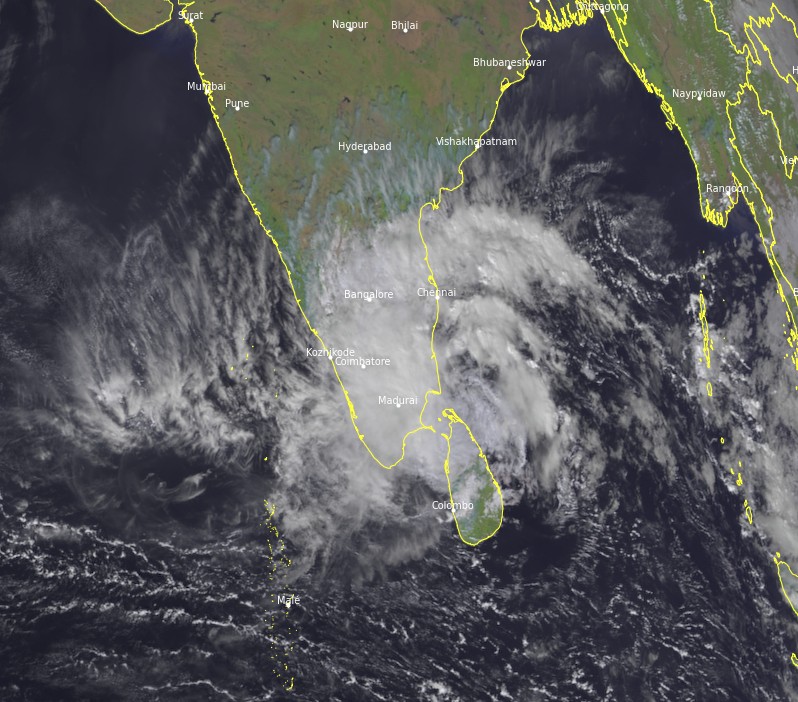 IMD has issued a red alert for several areas of southern Tamil Nadu and Kerala on Thursday and suspended fishing activity until Friday, December 4.

Burevi is expected to cross the coast of southern Tamil Nadu between Pamban and Kanyakumari between the night of December 3 and the morning of December 4 (LT) with maximum sustained wind speed of 70 – 80 km/h (43 – 50 mph) and gusts to 90 km/h (55 mph). 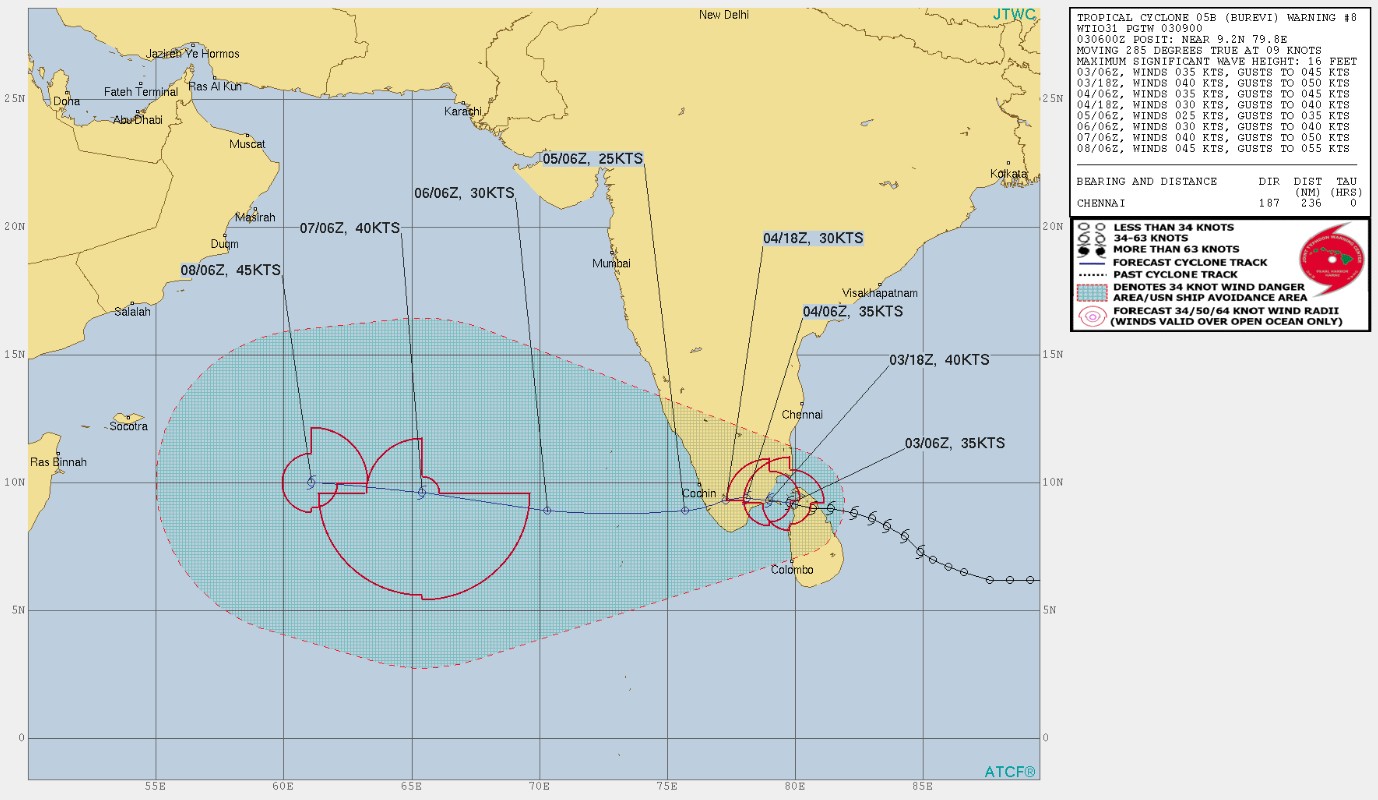 Storm surge of about 1 m (3.3 feet) height above astronomical tide is very likely to inundate low lying areas of south coastal Tamil Nadu (Ramanathapuram, Thoothukudi, Tirunelveli and Kanniyakumari districts) during the time of landfall and northwest Sri Lanka coast during next 6 hours.

Burevi is expected to exit into the Arabian Sea after 06:00 UTC on December 5 and re-strengthen as it moves toward Somalia.