Noctilucent clouds (NLCs) over the South Pole are missing this year, but consider it only the tip of the iceberg, Dr. Tony Phillips of the SpaceWeather said.

Missing NLCs is just one of the curious weather patterns currently underway at the southern end of our planet, Phillips noted.

The first thing on his list is Earth's southern ozone hole which is not only open, but also the biggest it's ever been in December. 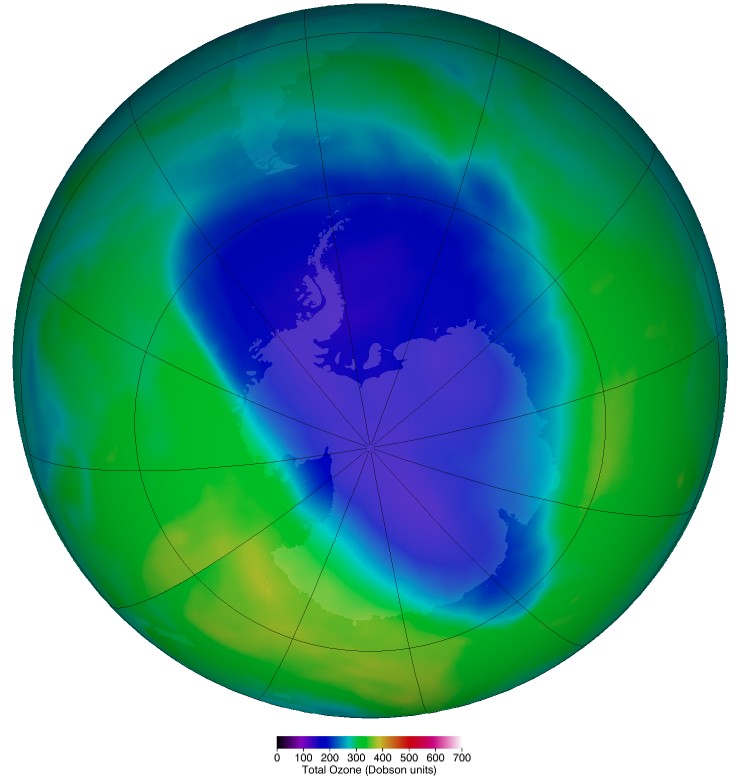 On the second place of his list is the temperature of the air above Antarctica which is currently at record cold levels for this time of year–the result of an icy polar vortex that refuses to break up.

The third thing is in the stratosphere where east-west winds at 60 degrees South are blowing at record speed.

"From top to bottom, the Antarctic atmosphere is in a quirky state," Phillips said.

Back to missing NLCs… 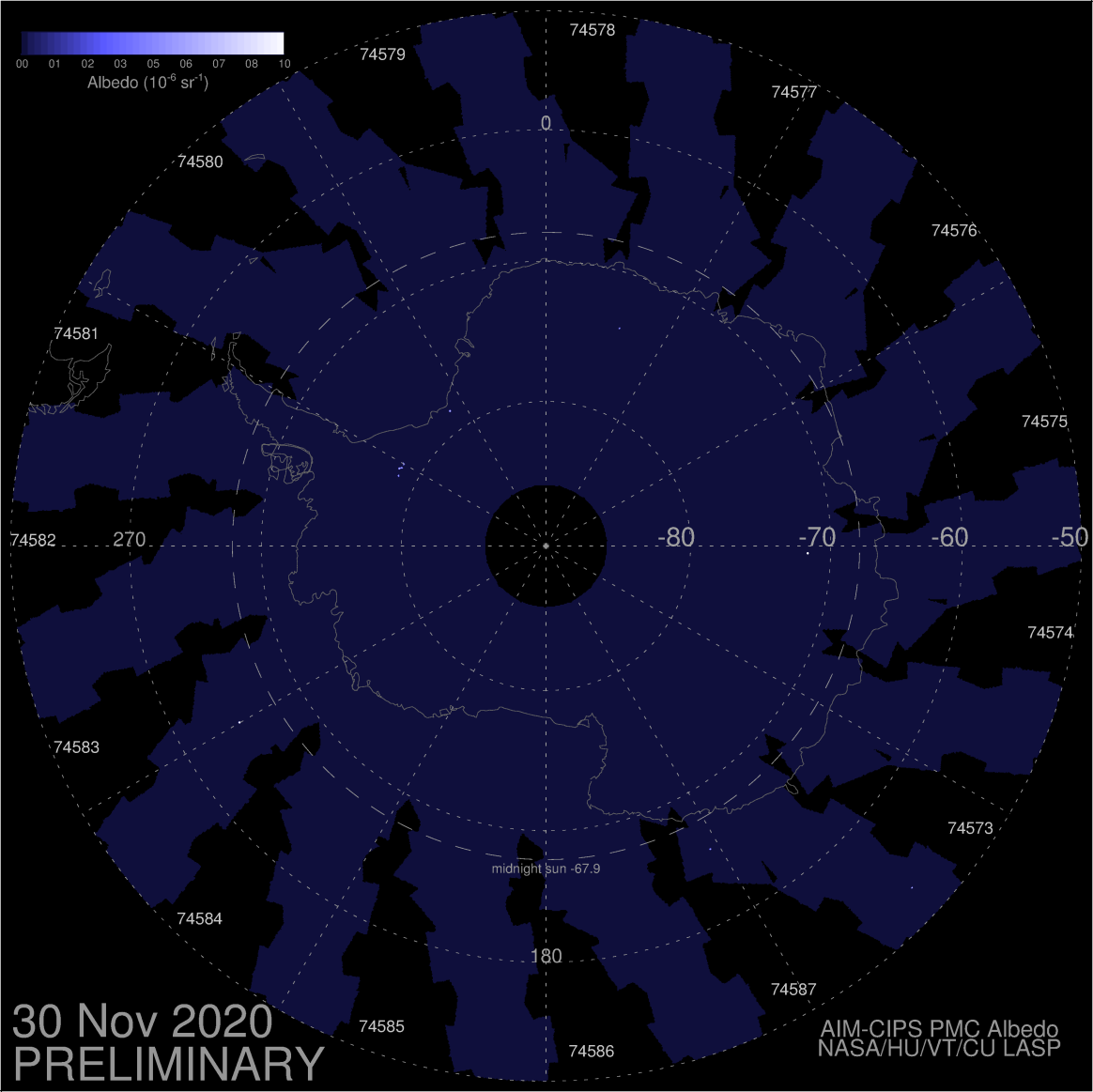 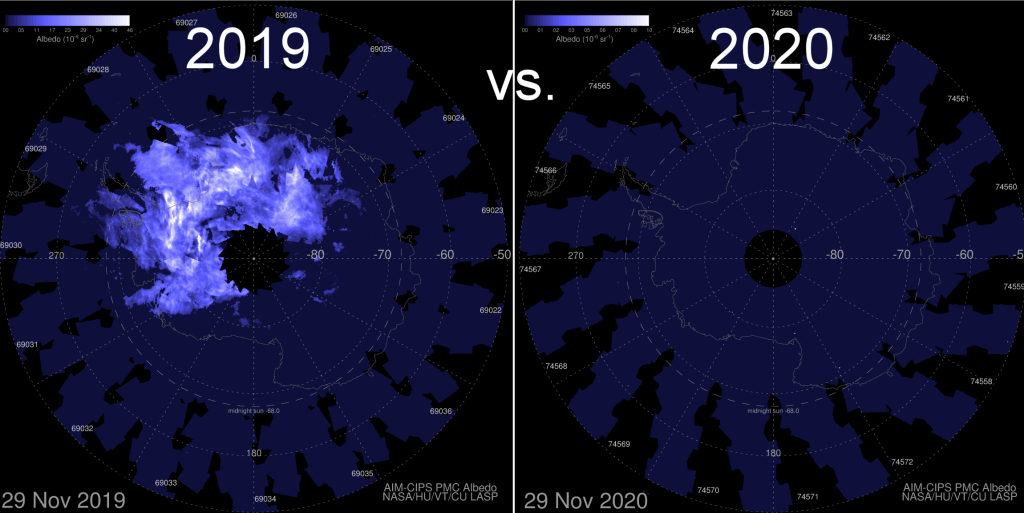 "Normally, we see the first NLCs of the southern season around November 21. But this year, it's already December and we are still waiting," said Cora Randall of the University of Colorado's Laboratory for Atmospheric and Space Physics.

Lynn Harvey, also at LASP, gathered these plots from the Goddard Space Flight Center showing some of the unusual meteorology:

Current conditions are circled in yellow. The ozone hole (left) and stratospheric winds (right) are both setting records for this time of year.

According to Harvey's analysis of current trends, noctilucent clouds might not appear until mid-December, which is pretty unusual.

What's causing the delay? "I would guess it's ocean/atmosphere coupling," speculates Randall. "La Nina strengthened in October, and this is known to affect large-scale circulation in the atmosphere (e.g., Butler et al., 2011)."

"I can't wait to see what happens next."