Six people went missing after a massive landslide, among many other smaller ones, hit the community of Haines in southeast Alaska following heavy rains, the Alaska State Troopers reported Wednesday, December 2, 2020. Up to 3 m (9 feet) of debris engulfed the area, damaging at least four houses. Residents described the incident as the worst they have ever experienced.

Olerud added that there had been smaller landslides, but the largest occurred on Wednesday afternoon, leaving houses damaged and six people missing.

The affected town has about 2 500 residents, and those missing were in the Beach Road area, where the largest landslide of up to 183 m (600 feet) wide occurred.

Kameika, who set up a fundraising account and plans to work with other volunteers to distribute the financial assistance, described that the incident was devastating for the community.

According to the troopers, search and rescue operations were halted due to unstable ground, but further assistance is set to arrive on Thursday, December 3. Coast Guard, mountain rescue personnel, and medics from Juneau are either expected to arrive or have arrived. 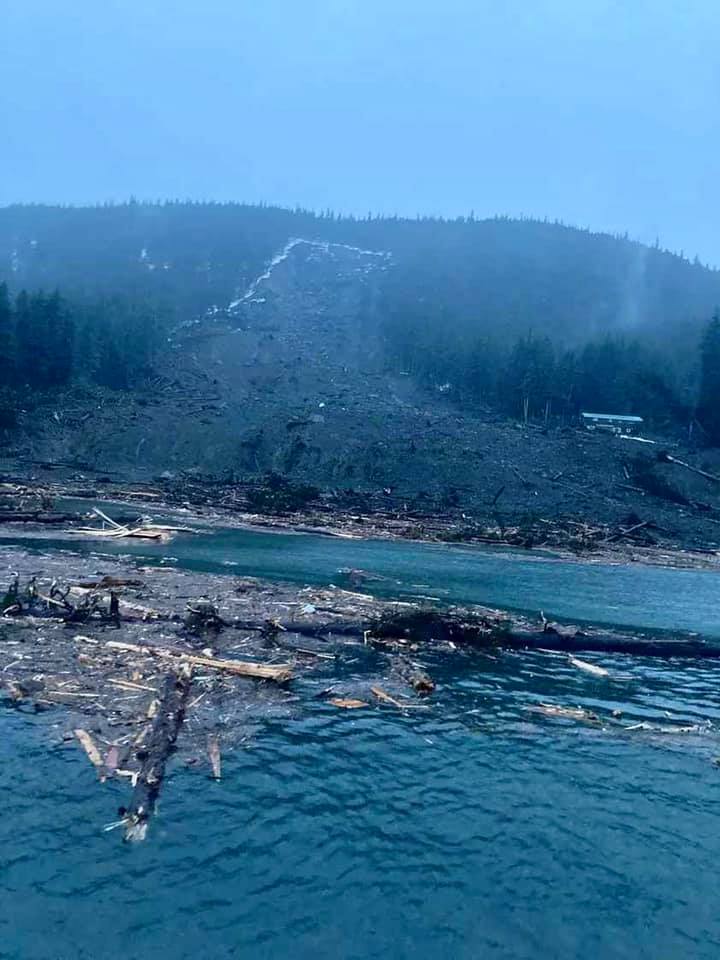 The landslide occurred after heavy rains battered the area, with up to 229 mm (9 inches) of rain recorded on the Haines airport in a period of 36 hours, according to National Weather Service meteorologist Gregg Spann.

Haines resident Luke Williams, who has lived in the community for 39 years, said the rainstorm was the worst he has ever seen. On a positive note, he added that the community is coming together after the disaster.

"That's the one thing special about this small town. Everyone comes together no matter how mad one person is at another. In the end, if there is an emergency we all come together to help each other."

This photo is from Haines this morning. The result of flooding from the current storm. (Photo taken by my pal Erik Stevens) pic.twitter.com/EJqnKZQOs4

(Haines is a small town just north of us that I love dearly.) https://t.co/bbKLh2JW5T

Gov. Mike Dunleavy has responded to the landslides in Haines, saying limited access to the airport and ferry terminal has been restored.

This photo from Cheryl Stickler shows a flooded Cathedral Drive in Haines.

"At this point, we are aware that damage has occurred in the town of Haines following the report of multiple landslides in the borough," captain Stephen White, commander of Coast Guard Sector Juneau, said in a statement.

"The scope of the damage is unknown at this time but we are proactively moving several assets and personnel to provide assistance to local first responders and the residents who may have been impacted by the landslides."