Wildfires have been tearing through parts of South America this year, particularly Argentina, Brazil, Bolivia, and Paraguay, causing 'total destruction' in some parts of the continent, according to primatologist Martin Kowalewski, who measured the scale of fires in the number of caraya monkeys that have perished.

"Of the 20 family groups that we used to trace in the wild, each group consisting of seven or eight monkeys, at least five groups were burned alive," Kowalewski told the Guardian.

"Carpinchos (giant South American rodents), otters, two species of fox, guazú deer, yacaré caimans, turtles, snakes. Birds are better at escaping the fire, but that was before all the deforestation. Now they have nowhere to go because there is nowhere else. The forest is so fragmented that they have nowhere to nest."

The main areas affected are the Gran Chaco forest that touches Argentina, Bolivia, Paraguay, the Brazilian and Bolivian Amazon, the Pantanal wetlands shared by Brazil and Paraguay, and Argentina's Parana Delta wetlands.

In Argentina, a dozen provinces are suffering the worst fires in decades, causing health issues in citizens from a number of smoke-invaded cities. Wildlife has also been destroyed, affecting endangered monkeys, jaguars, birds, and reptiles.

Parts of the heavily deforested northern Gran Chaco are burning, as well as the eastern Parana Delta wetlands.

In Paraguay, the congress has declared a national emergency on October 1 as more than 12 000 outbreaks were recorded, ripping through wide swaths of the Chaco dry forest.

"It completely overwhelmed us. There were dead wild animals everywhere. The ranches are totally burnt," he said.

In Bolivia, the land-locked country next to Brazil, Argentina, and Paraguay, a state of emergency was declared last month as flames ripped through 1.1 million hectares (2.7 million acres).

"We are declaring a national disaster due to drought and fires," said president Jeanine Anez. "We are facing a serious threat and we do not want what happened last year to happen again."

More than 50 active fires have been reported, but the number of areas subject to smoke hazards was much greater due to drought and the use of fire to graze farmland.

"The fires are advancing, and due to winds and high temperatures there is no other way to face this crisis," said Defense Minister Fernando Lopez. More than 600 families have been affected in the country.

We Bolivians demanded changes to prevent this. Thread pic.twitter.com/JSa9UAlCGr

There are fires burning across the whole of the #Bolivia|n lowlands right now (>12000 heat foci detected over the last 24 hours). National Parks are also ablaze: #Madidi, #Aguaragüe, #Iñao…

With so many fires, I find it hard to believe it's just bad luck.#SOSChiquitania pic.twitter.com/IiNbbfEazQ

In Brazil's Amazon rainforest, fires have been the worst in almost 10 years, according to space research agency INPE. 32 017 hotspots have been recorded — a 61 percent increase, compared with the numbers in October 2019.

The Amazon is also experiencing a more severe dry season this year, and scientists blame warming in the tropical North Atlantic Ocean that's pulling moisture away from South America.

As much as 40 percent of the Brazilian Amazon is almost turning from a forest into a savannah. Further south, more than a quarter of the Pantanal– the world's biggest tropical wetlands– has been on flames this year, driven by arson and drought. 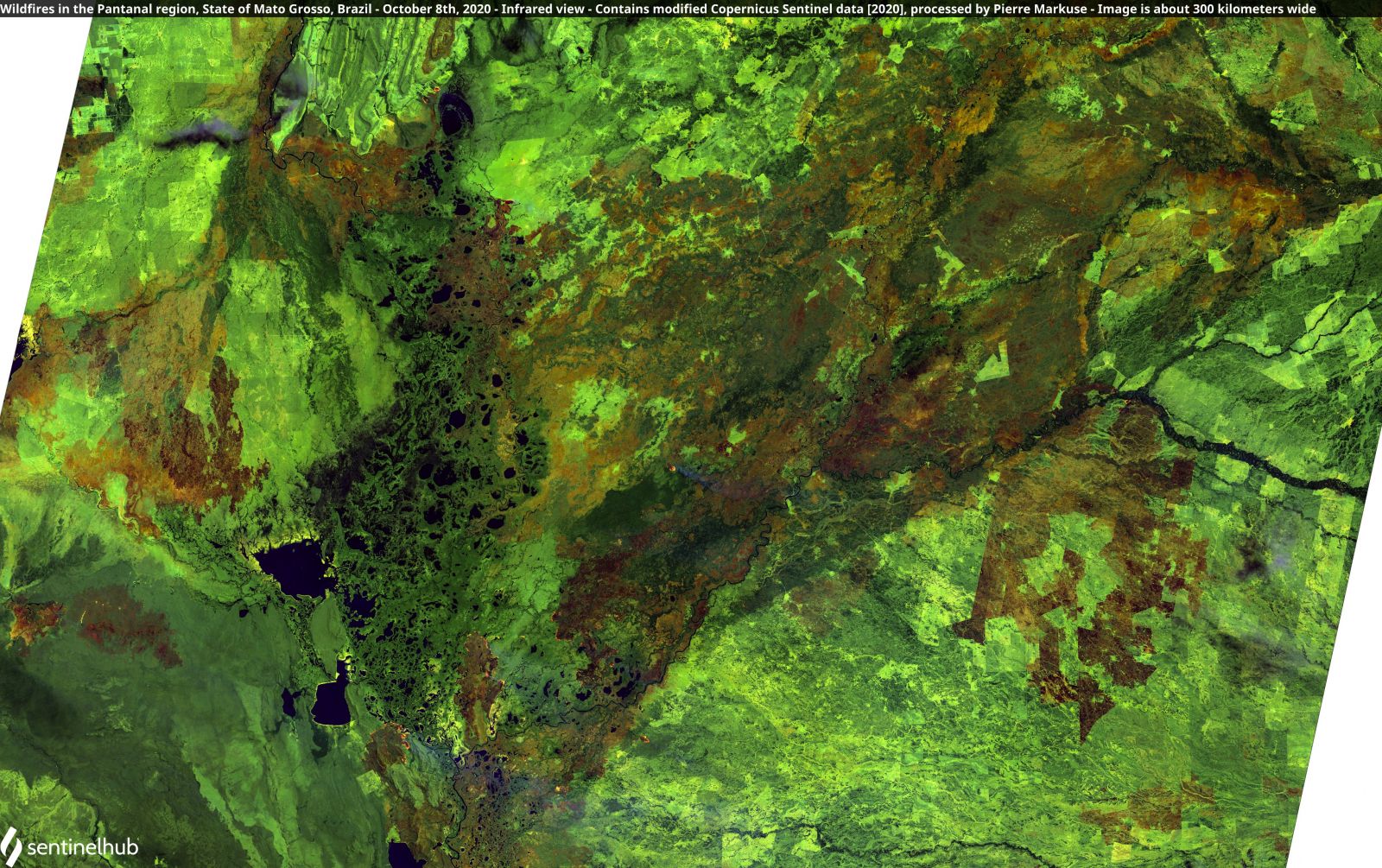 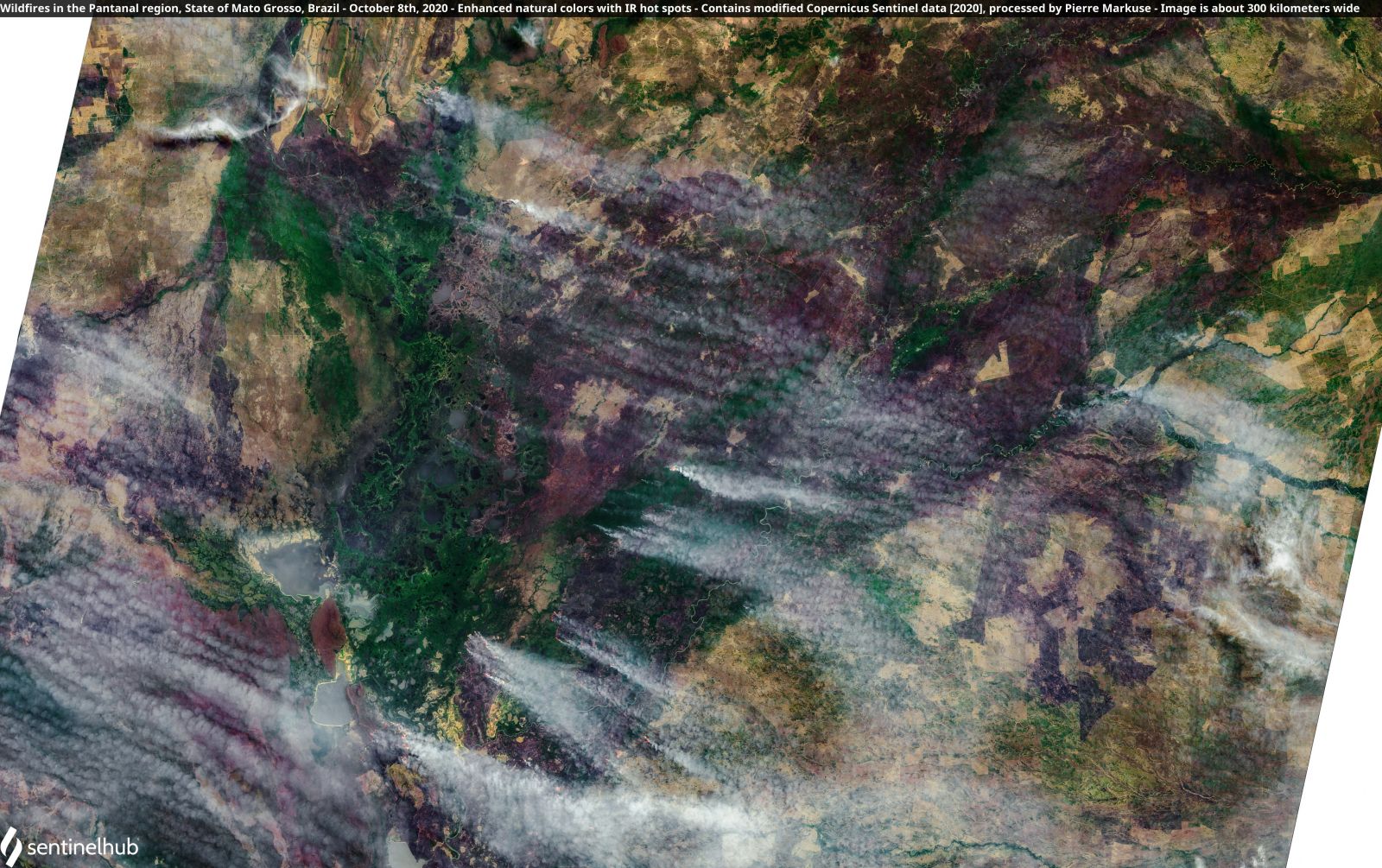 In Argentina, Kowalewski explained that there is a pattern of "total destruction."

"Here in Corrientes, deforestation is driven by cattle grazing and timber production. In the Gran Chaco in northern Argentina and Paraguay, it’s primarily soya. In the Pantanal, it’s all soya."

He added, "In Córdoba, it’s real estate interests clearing land for housing estates. In every case, it is powerful business lobbies that benefit a small group of people at the expense of the rest of society."

"A total 95 percent of forest fires are the result of human intervention," a report from the Argentinian government's national fire management service stated.

Kowalewski suggested that humans should take a cue from the monkeys he us studying. "We are told that individual action is the answer. Individual recycling, individual cutting back on consumption."

"But the cumulative effect of individual actions is a lie. You’ll never see a monkey defending a tree on its own. Male and female monkeys band together to defend it in groups. Collective action is the identifying characteristic of primates. They’re more cooperative than egotistical."