The Parana River in Argentina — South America's second-biggest river after the Amazon and the eighth longest in the world — is at its lowest level in decades this year, allowing multiple forest fires to spread through its delta.

NASA's Operational Land Imager (OLI) on Landsat-8 captured a satellite image of the river near Rosario on July 3, 2020, showing the parched land compared to an old image taken on July 1, 2019, when water levels were high.

The Parana is South America's second-biggest river after the Amazon and the eighth longest in the world.

As the shrinking river caused economic damage, it also allowed increased fire activity in the delta. 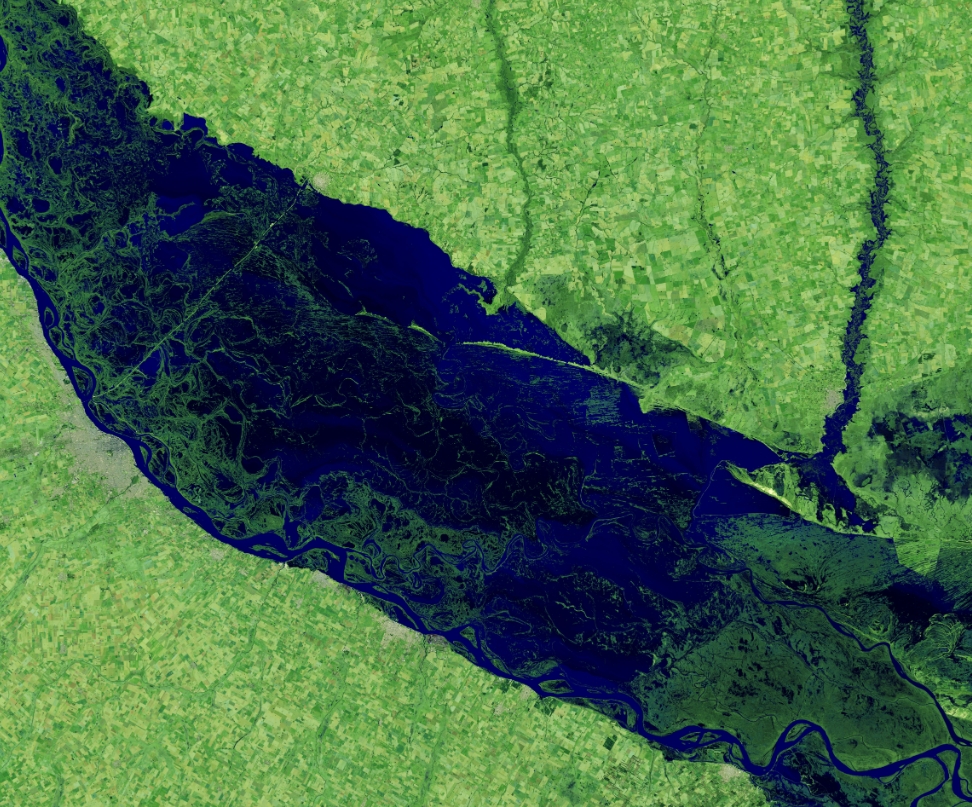 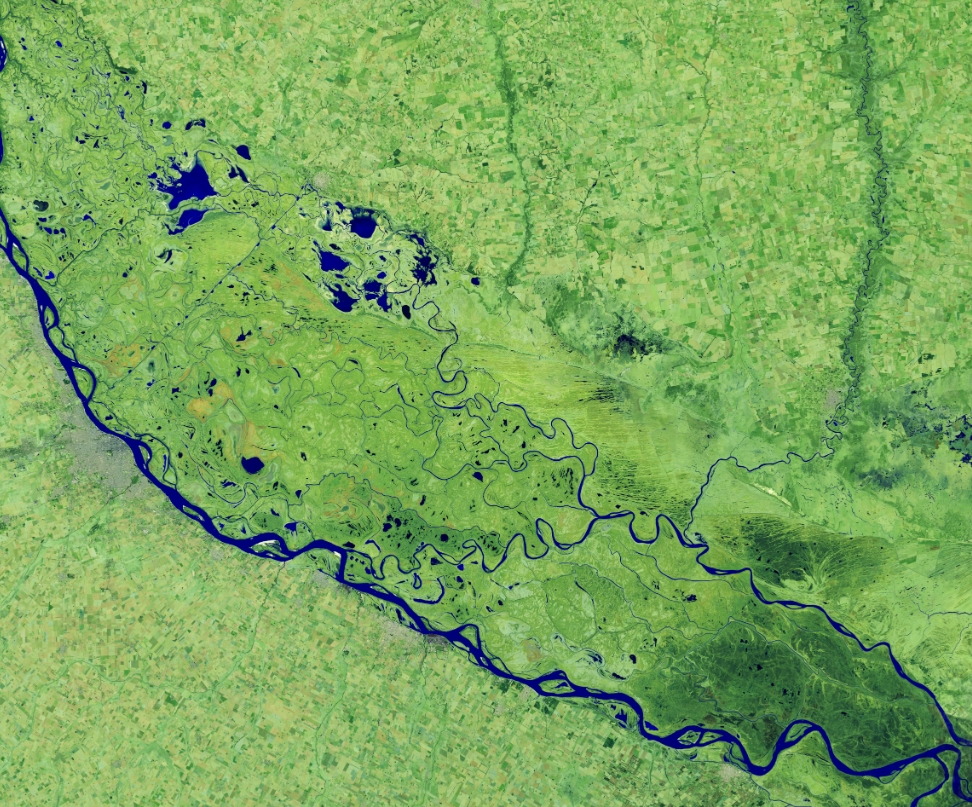 Giant plumes of smoke have been whipping across the region since February, and have even covered the streets of Rosario at times and other places along the Parana. As a result, the air in Rosario was unbreathable for weeks.

"The other night I walked to the river and could see seven fires burning in the distance," biologist Jorge Liotta told the Guardian late July.

"It depends on the wind if the smoke hits you, but when it does, the smoke is so thick that the sun turns red and you can barely see the house next door. What’s worse, it gets inside your home. People with asthma and other breathing difficulties are really suffering." 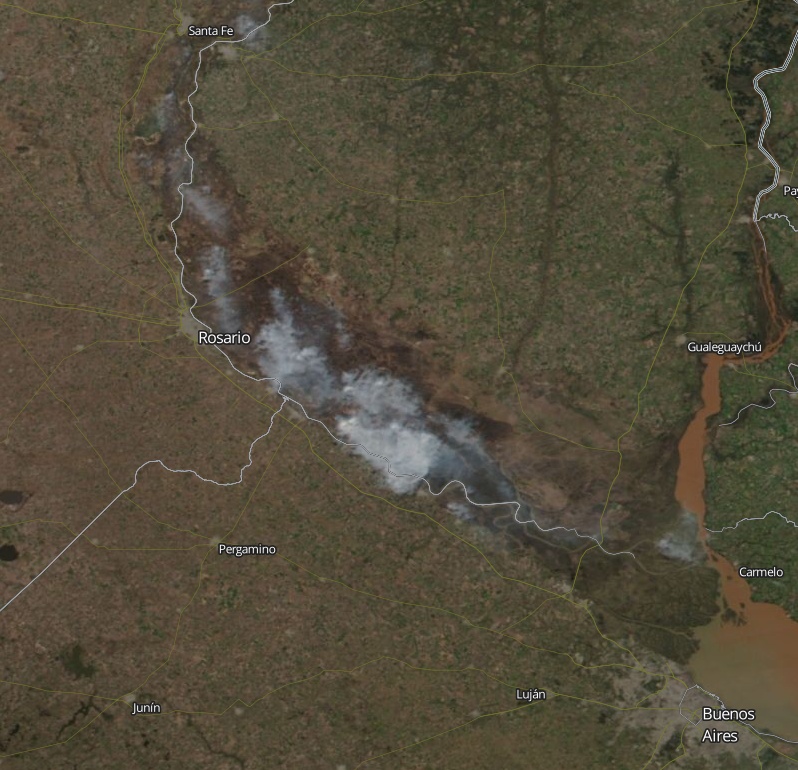 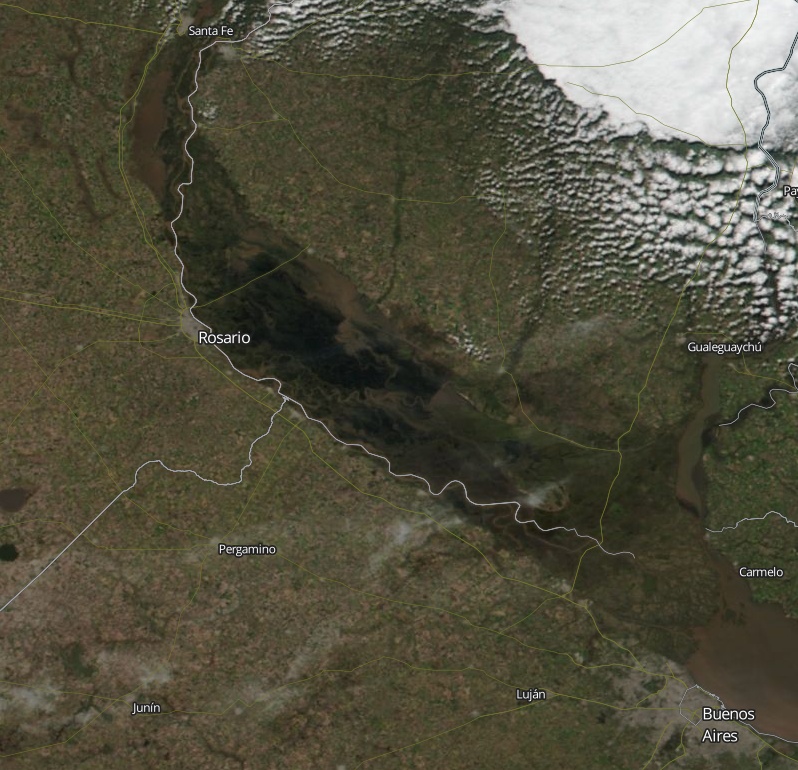 Greenpeace Argentina spokesperson Leonel Mingo said, "everything is burning, it's completely out of control," warning that once a fire reaches a certain scale, "it becomes virtually impossible to stop."

While the Parana River Basin was drenched by some rain in June and July, river watchers do not expect the river to fully recover until sustained wet seasonal rains come in October.