Typhoon "Haishen" lashed Japan on September 5 and 6, 2020, before making landfall in Ulsan, South Korea at around 00:00 UTC on Monday, September 7 as a Category 2 hurricane equivalent. At least 3 people have been killed, 1 in Japan and 2 in South Korea. However, 4 people are still missing in Japan.

Ahead of the storm, officials in Japan ordered nearly 1.69 million people to evacuate from dangerous areas in all seven prefectures in Kyushu as well as Yamaguchi Prefecture, and advised to evacuate another 6.61 million. Nearly 4 million are still under evacuation advisories as of 13:00 UTC on September 7.

According to Kyodo, a woman in her 70s died in a hospital in Kagoshima after falling in a street gutter as she tried to evacuate to the house of an acquaintance.

Shiiba recorded over 400 mm (15.7 inches) of rainfall on Sunday alone, September 6 while other parts of Kyushu registered up to 500 mm (20 inches).

More than 500 flights were canceled in southern Kyushu and Okinawa.

According to the Japan Meteorological Agency, the strongest gusts on record were observed at more than 30 locations. In the Nomozaki district of the city of Nagasaki, wind gusts reached a record 213.84 km/h (132.87 mph) in the early hours of Monday.

Haishen made landfall in Ulsan, South Korea at around 00:00 UTC on September 7 as a Category 2 hurricane equivalent.

At the time of landfall, it had 10-minute maximum sustained winds at 140 km/h (85 mph) and the central pressure at 955 hPa. This is the third typhoon to hit the country since August 10.

Many areas are still under the highest landslide alert.

Officials said one person is missing after being swept away by floodwaters that filled a drainage channel in the town of Samcheok. Another person was found dead in Busan, but the cause of death is still unknown.

80 fishing boats were destroyed or sank.

Thousands of households were left without electricity and 300 flights across 10 airports canceled. 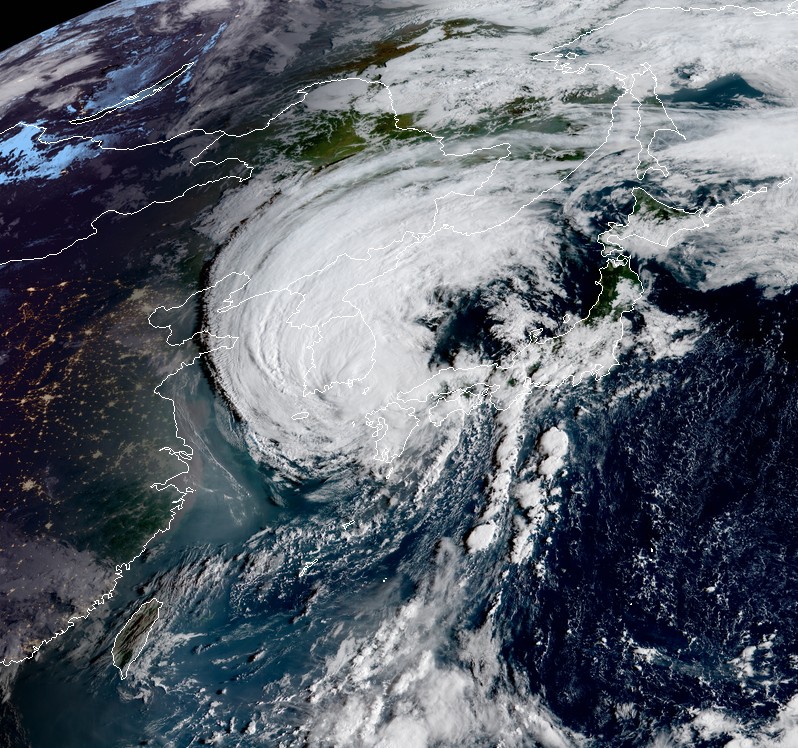 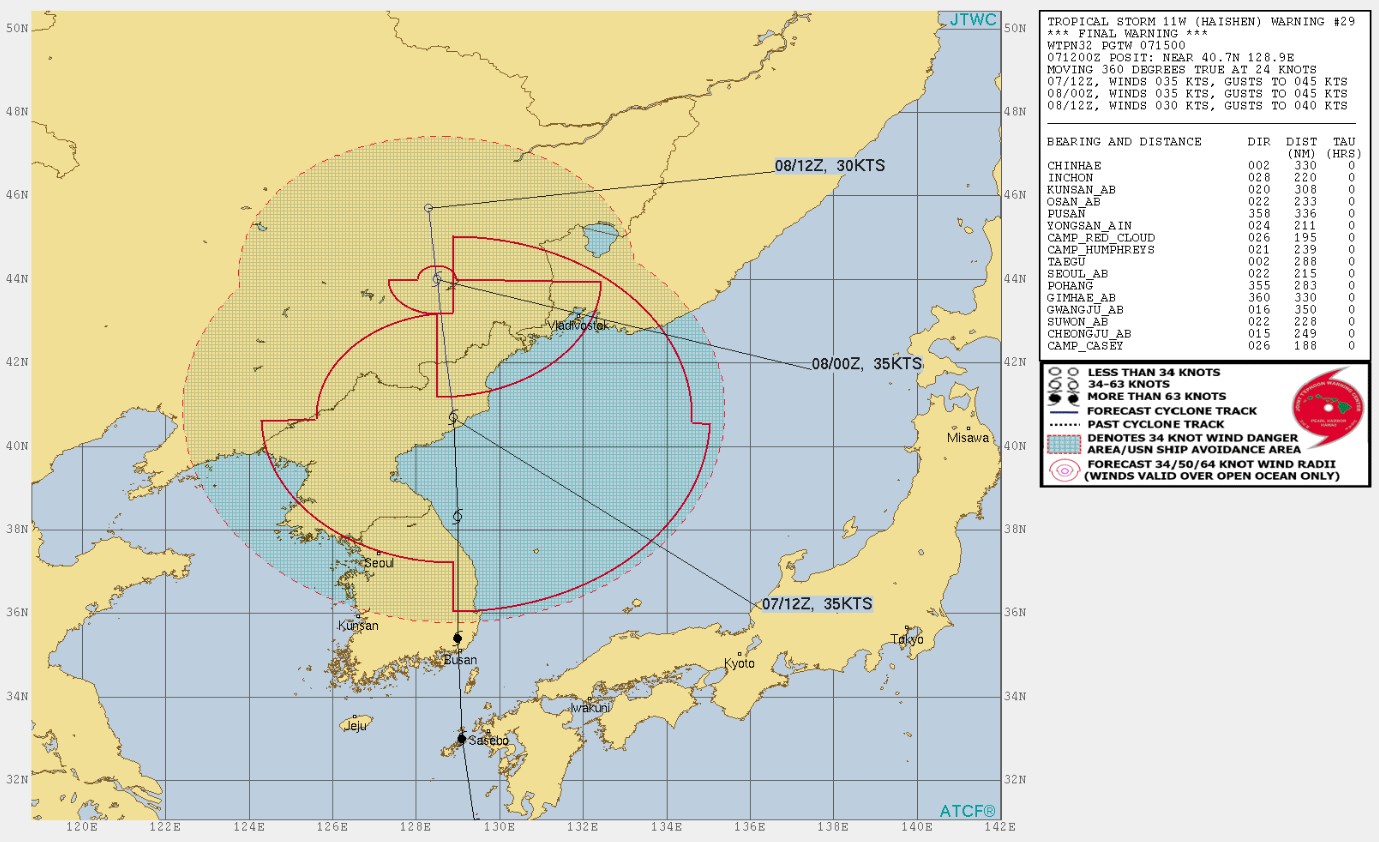 Although Haishen is expected to reach northeastern North Korea by late Monday (LT), September 7, the country is already feeling its effects.