An early-season winter storm is forecast to impact the Rockies beginning tonight, September 7, 2020, with strong winds, record cold, and heavy snow. There are winter weather advisory and winter storm watches along parts of the Northern/Central Rockies/High Plains. Meanwhile, a dangerous heatwave across much of the Desert Southwest and California will linger today with cooler temperatures expected Tuesday, September 8. Critical fire weather conditions are forecast through Tuesday for large portions of the West.

A robust low pressure system and surface front crossing through the Great Lakes to the Northeast will cause scattered to widespread showers and thunderstorms from the Plains to Great Lakes over the next 24 hours, NWS forecaster Campbell noted at 07:49 UTC today.

Cool, Canadian air will filter and settle into the Rockies and Plains as surface high pressure slides south in the wake of the cold front.

A significant cool down is expected to parts of the Northern/Central Rockies and the surrounding areas. Snow will be possible at higher elevations for this area with this early season cold blast.

According to meteorologist Chirs Michaels, the reason for this cold outbreak is a pair of typhoons in the Pacific Ocean which altered the jet stream to cause a strong dip toward the Rockies.

"You may be thinking, 'The ground will be too warm. It won’t stick.' That’s true to an extent. If it falls hard enough, it will stick. That’s especially the case for trees and/or power lines," Michaels noted.

Meanwhile, oppressive heat rages on across a large portion of the West through Labor day and into Tuesday, September 8.

Strong, gusty winds will develop ahead of an approaching cold front from the north; which will keep critical conditions (extreme across northwest Oregon) in place today and Tuesday, further drying out fuels (grass, trees, shrubs, dried leaves etc).

The slightest of sparks could cause a wildfire that quickly spreads out of control.

Excessive Heat Warnings are in effect from southwest Oregon to southern Arizona. 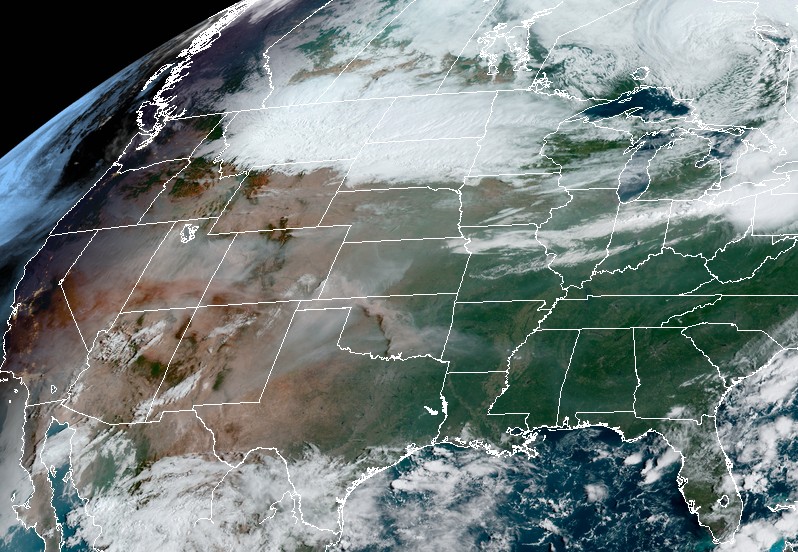 Red Flag Warnings cover the Pacific Northwest, Great Basin and the Northern/Central Rockies. As the cold front pushes south, cooler air will filter into the region reducing the extent of current heatwave. The stronger winds will also help in clearing out the smokey air trapped in the valleys across the region.