A team of researchers found evidence of a new equatorial wind pattern at Antarctica, unveiling a crucial connection between winds at the Earth's equator and atmospheric waves about 10 000 km (6 000 miles) away at the South Pole. The findings highlight how winds in the deep tropics impact the remote South Pole, which can trigger outbreaks of cold weather in mid-latitudes.

The team found evidence of a Quasi-Biennial Oscillation (QBO)– an atmospheric circulation pattern originating at the equator– at McMurdo, Antarctica.

Scientists said they will be able to use this information to better understand the Earth's weather and climate patterns, as well as develop more precise atmospheric models.

"We have now seen how this atmospheric pattern propagates from the equator all the way to the high latitudes of Antarctica, showing how these far-away regions can be linked in ways we didn’t know about before," said lead author Zimu Li, a former CIRES research assistant who did the work at the University of Colorado Boulder.

"This can better our understanding of how large-scale atmospheric circulation works, and how patterns in one area of the world can ripple across the entire globe," co-author Xinzhao Chu added, a fellow at CIRES and pressor in the Ann & H.J. Smead Department of Aerospace Engineering Sciences at CU.

The QBO causes the stratospheric winds at the equator every two years or so to switch direction, changing between easterly and westerly. The study showed that the Antarctic vortex expands during the QBO easterly phase then contracts in the westerly phase.

The group assumed that when the QBO changes the polar vortex behavior, it impacts the behavior of gravity waves or atmospheric waves, which travel across various layers of the atmosphere.

They determined particular kinds of changes in those gravity waves: the waves are more powerful during the QBO easterly period and weaker during the westerly period.

For the past nine years, Chu’s lidar team members have spent long seasons at the McMurdo Station at Antarctica to operate custom lasers and measure patterns in the Earth's atmosphere. 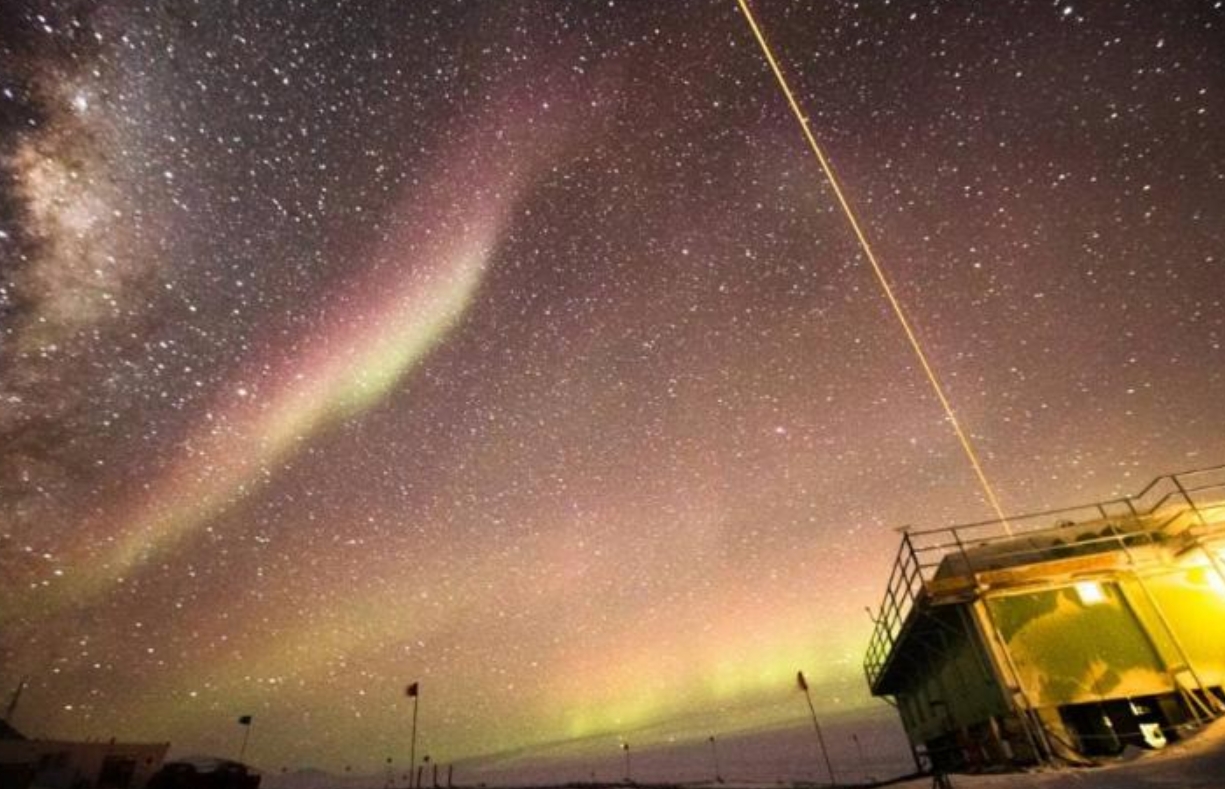 These measurements, along with 21 years of atmospheric data from NASA MERRA-2, were crucial to the new findings. Each QBO cycle takes years to complete, thus, long-term data streams are the only way to pinpoint interannual connections and patterns.

"Atmospheric scientists can use this information to improve their models– before this nobody really knew how QBO impacts gravity waves in this polar region," said co-author Xian Lu, a researcher at Clemson University.

"Researchers can use this information to better model and predict climate, including the variability of atmosphere and space and long-term change."

This work presents the first lidar observations of a Quasi‐Biennial Oscillation (QBO) in the interannual variations of stratospheric gravity wave potential energy density (Epm in 30–50 km) at McMurdo (77.84°S, 166.67°E), Antarctica. This paper also reports the first identification of QBO signals in the distance between McMurdo and the polar vortex edge. Midwinter stratospheric gravity wave activity is stronger during the QBO easterly phase when the June polar vortex expands and the polar night jet shifts equatorward. During the QBO westerly phase, gravity wave activity is weaker when the polar vortex contracts and the polar night jet moves poleward. Nine years of lidar data (2011–2019) exhibit the mean Epm winter maxima being ~43% higher during QBO easterly than westerly. The June polar vortex edge at 45 km altitude moves equatorward/poleward during QBO easterly/westerly phases with ~8° latitude differences (39.7°S vs. 47.7°S) as revealed in 21 years of MERRA‐2 data (1999–2019). We hypothesize that an equatorward shifted polar vortex corresponds to less critical level filtering of gravity waves and thus higher Epm at McMurdo. The critical level filtering is characterized by wind rotation angle (WRA), and we find a linear correlation between the WRA and Epm interannual variations. The results suggest that the QBO is likely controlling the interannual variations of the Epm winter maxima over McMurdo via the critical level filtering. This observationally-based study lays the groundwork for a rigorous numerical study that will provide robust statistics to better understand the mechanisms that link the tropical QBO to extratropical waves.