A new study by researchers from Arizona State University (ASU) suggests that the early Moon may have been more volatile-rich than previously believed. Previous studies concluded that lunar volcanoes had exploded primarily cold bedrock, but the ASU team said there was actually more diversity in the source of explosive products on the Moon.

"Pyroclastic volcanoes are known to have existed on the early moon, but it was unknown how big the volcanoes were or how much magma was erupted," said Amber Keske, who was a graduate student at ASU when the research started and is now an electro-optical engineer.

The group was able to produce a detailed survey of 23 of the Moon's pyroclastic volcanoes from 11 various sites using high-resolution images gathered from the Lunar Reconnaissance Orbiter Camera (LROC).

After a thorough investigation of 3D models acquired from the stereo images, the researchers determined the history of eruptions, how the volcanic material was dispersed, and estimated the volume of emitted magma and gases.

"Pyroclastic deposits are key for understanding the lunar mantle," said Mark Robinson, the principal investigator for the LROC.

LROC NAC image of the Birt E vent, which erupted one of the largest deposits included in this study. Image credit: NASA/GSFC/ASU

"Small samples of pyroclastic materials were returned by Apollo astronauts and it was found that their source magmas originated from deep within the mantle."

"As NASA pivots towards lunar exploration these deposits are now more important, not only for filling in holes in our understanding of how the mantle and crust evolved, but these fascinating deposits may also hold valuable resources available to future explorers."

While past studies concluded that lunar volcanoes had mostly erupted cold bedrock emitted by trapped gases, stereo images from LROC allowed the team to look at the volume of the deposited material around the volcanoes.

The researchers subtracted the volume of material spewed by the vent and estimated the amount of fresh magmatic material emitted.

"There was much more diversity in the origin of explosive products on the moon than had been previously thought," Keske noted.

"Some of the deposits we analyzed are significantly large in volume and represent violent and potentially long-lived explosive events or eruptive periods," added Amanda Clarke, a volcanologist and the study's co-author.

"These are comparable to, or larger in volume, than the cataclysmic 1991 eruption of Mount Pinatubo in the Philippines."

"The moon’s geologic history is intertwined with Earth’s," Keske said. "And studies like this add to our understanding of how the moon developed and help us understand the history of our planet." 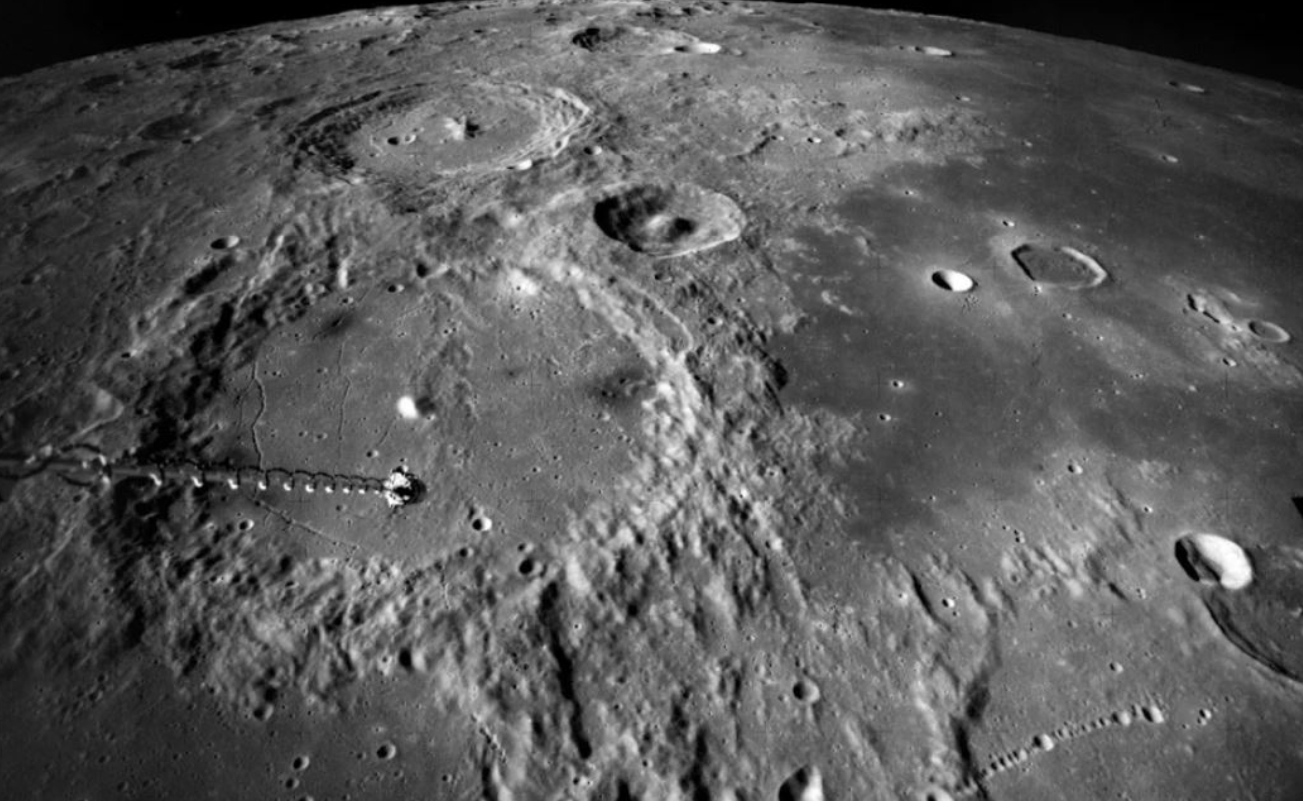 The Moon's Alphonsus crater showing some of the deposits examined for this study. Image credit: NASA

Localized pyroclastic deposits (LPDs) are low-albedo accumulates of pyroclastic material with distinct positive topographic signatures that are found dominantly along highland-mare boundaries. Previous workers hypothesized that LPDs represent products of a lunar equivalent of Vulcanian-style eruptions, based in part on the observation that some of the deposits in Alphonsus Crater have large vent volumes in comparison with their deposit volumes, indicating a low proportion of juvenile material in the deposits. The objective of this study is to better understand eruption mechanisms by determining how the proportion of juvenile material, as calculated using deposit and vent volumes, varies among LPDs in Alphonsus Crater and elsewhere on the Moon using contemporary data and methods. Deposit and vent volumes for 23 LPDs from eleven sites were calculated by differencing current and modeled pre-eruption surfaces using digital terrain models (DTMs) derived from Lunar Reconnaissance Orbiter Camera Narrow Angle Camera (LROC NAC). Results show that LPDs have a wide range of juvenile proportions, many of which are more juvenile-rich than previously thought. Additionally, there is a positive relationship between juvenile material proportion and deposit volume and thickness, and a positive relationship between juvenile volume and dispersal area. LPDs also bear a broad range of thinning profiles which span a range of multiple eruption types on Earth. These findings, along with previous studies employing spectroscopic analysis of these deposits, indicate there is greater diversity among LPDs in composition and morphometry than previously understood, and that previously published simplified Vulcanian models may apply only to the deposits containing the least amount of juvenile material, with all others perhaps requiring a combination of multiple eruptive mechanisms. Furthermore, dynamic model results suggest that the most widespread lunar deposits in this study were formed by magma containing 2000–5000 ppm of dissolved volatiles, consistent with recent estimates via melt inclusion analysis, but contrary to long-held ideas that the Moon was largely degassed during its formation.