A new study suggests that the Earth has been moving through the remnants of an ancient exploded star for at least the past 33 000 years. The research team extracted a special isotope of iron called iron-60 from sea sediment samples and found that the isotope is mostly produced in massive stars.

Iron-60 has a half-life of 2.6 million years, which means it decays completely after 15 million years. This indicates that any samples collected on Earth must have been deposited from elsewhere since there must be no way any iron-60 could have survived from the planet's formation 4.6 billion years ago.

Nuclear physicist Anton Wallner of the Australian National University dated seabed deposits 2.6 million and 6 million years ago, suggesting that remains from supernovae had drenched down on our planet during these times. Another more recent proof of this stardust was found in the Antarctic snow, which has fallen in the past 20 years.

A few years ago, scientists announced that iron-60 had been found in the space around the Earth. Now, Wallner has discovered more of the stardust in five samples of deep-sea sediments from two sites dating back to 33 000 years ago. 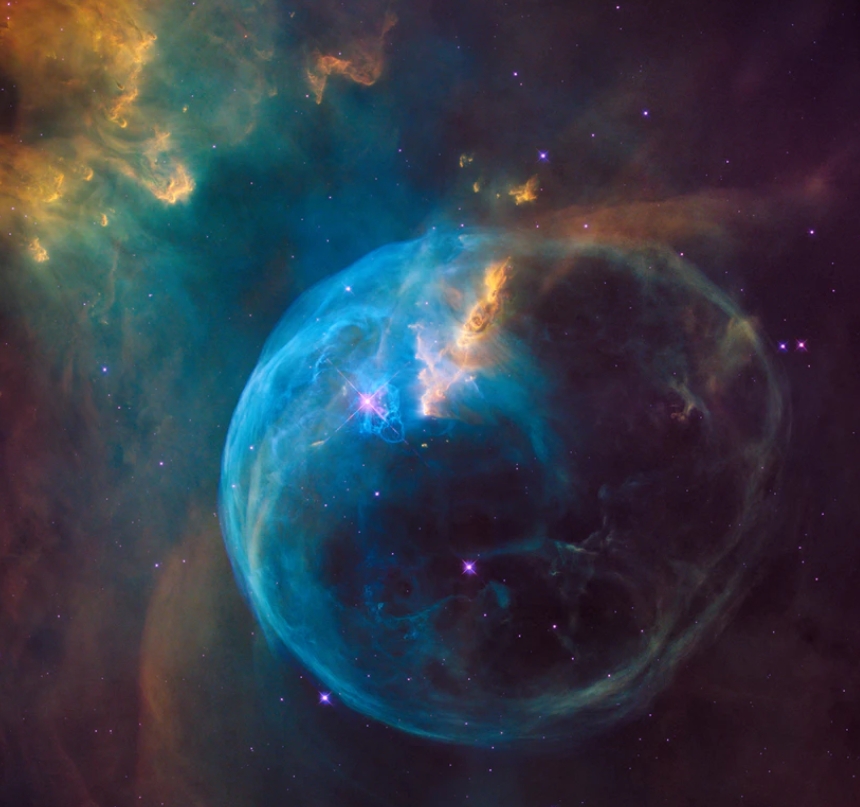 Since iron-60 is radioactive and decays in 15 million years, the study suggests that the Earth is continuously being dusted with the remnants as its traveling through the Local Interstellar Cloud– a region made up of gas, plasma, and dust.

"These clouds could be remnants of previous supernova explosions, a powerful and super bright explosion of a star," said Wallner.

By looking at samples of a far more recent era in the history of the Earth, the research team attempted to find answers behind the cloud our planet is traveling through, what it is made of, and where it originated.

What they found brought up more questions, however, as traces of iron-60 seemed to appear consistent over a large span of time, so if there was a supernova event in the past, there would have been a spike or at least a change in the amount of the isotope.

"There are recent papers that suggest iron-60 trapped in dust particles might bounce around in the interstellar medium," Wallner added. "So the iron-60 could originate from even older supernovae explosions, and what we measure is some kind of echo."

"60Fe deposition during the Late Pleistocene and the Holocene echoes past supernova activity" – Wallner, A. et al. – Proceedings of the National Academy of Sciences – https://doi.org/10.1073/pnas.1916769117

Nuclides synthesized in massive stars are ejected into space via stellar winds and supernova explosions. The solar system (SS) moves through the interstellar medium and collects these nucleosynthesis products. One such product is 60Fe, a radionuclide with a half-life of 2.6 My that is predominantly produced in massive stars and ejected in supernova explosions. Extraterrestrial 60Fe has been found on Earth, suggesting close-by supernova explosions ∼2 to 3 and ∼6 Ma. Here, we report on the detection of a continuous interstellar 60Fe influx on Earth over the past ∼33,000 y. This time period coincides with the passage of our SS through such interstellar clouds, which have a significantly larger particle density compared to the local average interstellar medium embedding our SS for the past few million years. The interstellar 60Fe was extracted from five deep-sea sediment samples and accelerator mass spectrometry was used for single-atom counting. The low number of 19 detected atoms indicates a continued but low influx of interstellar 60Fe. The measured 60Fe time profile over the 33 ky, obtained with a time resolution of about ±9 ky, does not seem to reflect any large changes in the interstellar particle density during Earth’s passage through local interstellar clouds, which could be expected if the local cloud represented an isolated remnant of the most recent supernova ejecta that traversed the Earth ∼2 to 3 Ma. The identified 60Fe influx may signal a late echo of some million-year-old supernovae with the 60Fe-bearing dust particles still permeating the interstellar medium.