Tropical Cyclone "Nuri" — the second named storm of the 2020 Pacific typhoon season — made landfall along the coast of Yangjiang, southern China's Guangdong Province on June 14, 2020. According to the China's National Meteorological Center (NMC) Nuri made landfall as a tropical storm — with maximum sustained winds of 83 km/h (52 mph). Strong winds are expected in parts of the South China Sea and Guangdong and rainstorms in Hainan and parts of Guangdong and Guangxi from Sunday to Monday, June 15.

The storm made first headlines on June 10 and 11 shortly before its first landfall in Polillo Island, Quezon, Philippines at 09:30 UTC on June 11 and second at 10:00 UTC in Infanta. At the time, it was still an unnamed tropical low, according to JMA and JTWC, but PAGASA named it — Butchoy — due to its proximity to landmass and widespread flooding rainfall potential in combination with southwest monsoon.

Soon afterward, the JTWC officially upgraded Butchoy to a tropical depression and designated it 02W. As 02W (Butchoy) exited the Philippine landmass, the PAGASA lowered all TCWS warnings over the country. Butchoy then started to intensify in the West Philippine Sea, becoming a Tropical Storm "Nuri" on June 12.

Rains produced by Buthchoy prompted PAGASA to declare the start of the rainy season in the Philippines on June 12 — the country's Independence Day.

Nuri intensified further in the South China Sea, with the JMA analyzing the storm's winds at 75 km/h (45 mph). By June 13, the JTWC upgraded Nuri to a tropical storm. However, by the next day, both the JMA and JTWC downgraded it back to a tropical depression, and the JMA issued their final warning on the system shortly before making landfall near Hong Kong. The JTWC issued their final warning for Nuri several hours later. 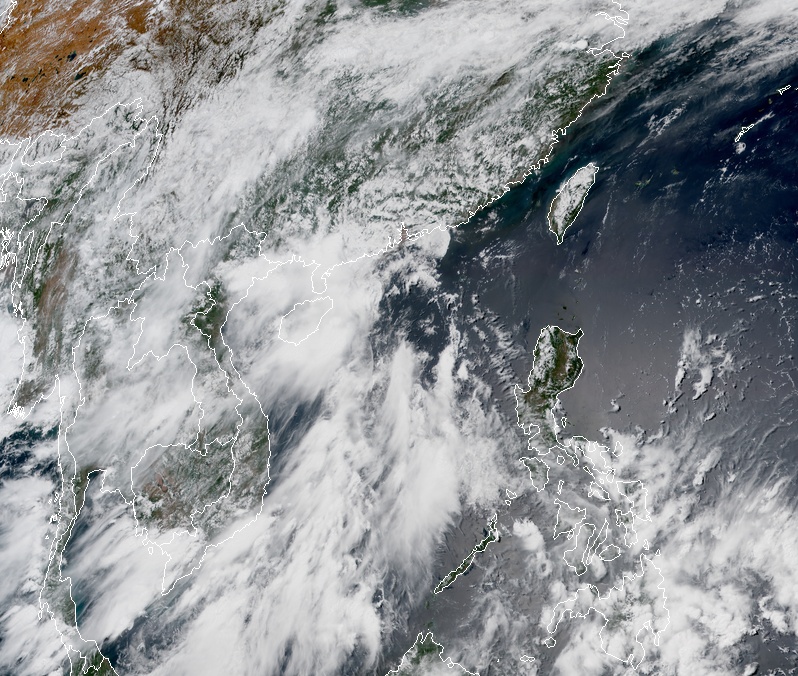 According to AccuWeather Meteorologist Rob Richards, Nuri could produce up to 100 mm (4 inches) of rain along the coast of southern China, leading to localized flooding, especially in low-lying areas and locations with poor drainage.

On Saturday, June 13, NMC activated a level 4 emergency response — the lowest on its four-tier warning system.

China's Ministry of Emergency Management warned that parts of Guangdong and neighboring Guangxi Zhuang Autonomous region are prone to mountain torrents and landslides as the areas had been hit by recent rainstorms.

Authorities have advised ships to return to harbor and cautioned against floods and geological disasters in these regions.