Heavy snowfall engulfed Calgary and much of Alberta's southern areas on Friday, March 13, 2020, as a late winter storm moved over the province. A snowfall warning is in effect for Calgary until Saturday, March 14.

A major snowstorm blanketed much of the province, creating whiteout conditions. Highways in southwest Alberta were a mix of snow and ice, 511 Alberta reported, adding that snowplows were active in multiple areas.

According to meteorologist Alyssa Pederson, the winter storm developing in the province is a combination of two events.

First, there is a very cold arctic air being pushed up by high winds from the mountains and foothills to build snow. In addition, moisture is being added near the mountains in Montana and Wyoming, producing more snow in the southern Alberta region.

Environment Canada said snowfall with total amounts of 10 to 20 cm (4 to 8 inches) is falling in Calgary as the city is in the midst of a long period of snowfall. The agency has placed a warning for the area until Saturday. 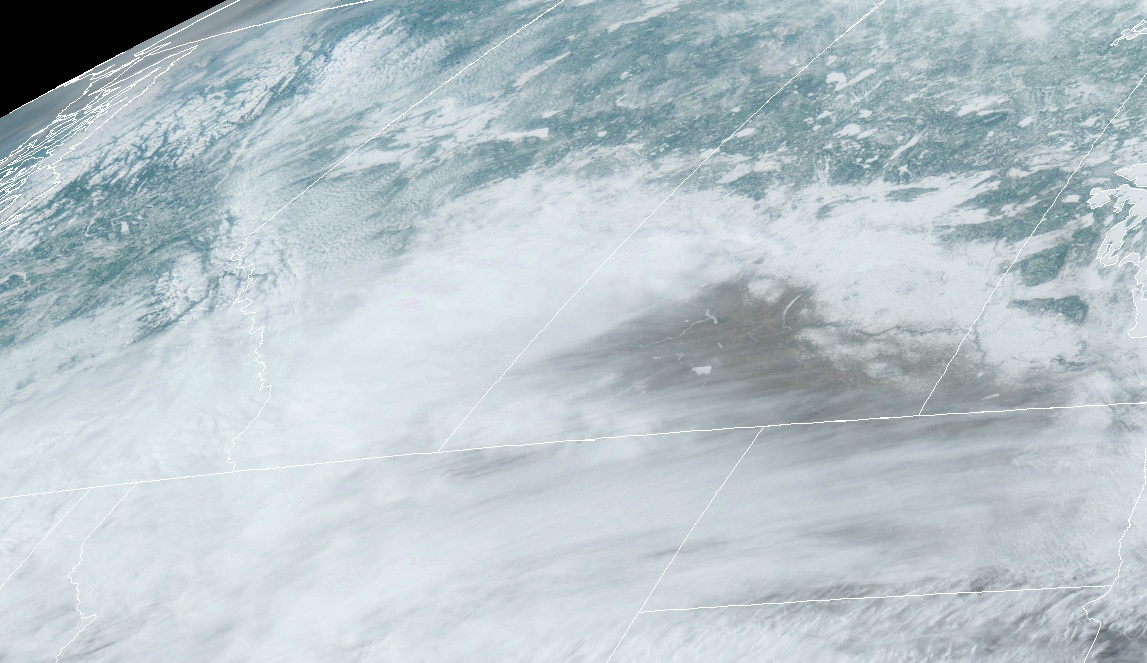 The weather bureau warned that road conditions and visibility may be affected, and areas surrounding the city, including the mountain parks, are forecast to be badly hit by the storm.

More snow is predicted further south and near the mountains, accompanied by winds of 40 km/h (25 mph) and gusts up to 60 km/h (38 mph), said Pederson. "Travelling in southern Alberta tonight and tomorrow is not recommended due to blowing snow conditions," she stated.

Much of the southern province will see January-like wintry temperatures over the weekend. "The air has come down from the Arctic so it's very cold, well below normal in much of Alberta today," Pederson added.

Highways in Southwest Alberta are a mix of partly covered snow/ice and covered snow/ice. Snowplows are active; DYK? The yellow circles indicate multiple snowplows in the area. Give them room to work. (8:05am) #ABRoads pic.twitter.com/zJY8aVEGyc

Good Morning #Calgary! As of 8:40 am, there’s a total of 10 cm of snow on the ground (drift-free surface) in SW. strong winds are resulting in snow drifts with dangerous windchills. Expecting another 10-15 cm of snow by tomorrow! Stay safe and home if you can #yyc #abstorm pic.twitter.com/i8UlnW4B53

Calgary AB Friday the 13th we got a dump of snow pic.twitter.com/UJo14PutFv

Pederson noted that snowfall may start melting on highways and roads, but warned that significant melts will need warmer temperatures.