A powerful cyclone began affecting Egypt on Thursday, March 12, 2020, causing widespread flooding and sandstorms in which at least 20 people lost their lives, authorities confirmed late Friday. Widespread damage has been reported, as well as water and power supply disruptions, road accidents and closures. Meteorologists noted that such an intense storm has not affected the country since 1994.

Widespread flooding was reported in parts of the governorates of Suez, New Valley, and the capital Cairo, where heavy rain overwhelmed the drainage system, authorities said. Floodwaters were seen ripping through portions of Helwan City along the Nile river, southern Cairo.

"Egypt has not witnessed such weather conditions in some 35 or 40 years," Prime Minister Mostafa Madbouli said Friday.

Aside from heavy downpour and strong winds, the storm also blew Saharan dust across the nation, including along the Nile river.

At least five buildings were destroyed and five people lost their lives in weather-related incidents by early Friday. However, by the end of the day, the death toll rose to at least 20.

A driver was killed in the southern province of Sohag when his car plunged into a canal due to strong winds; a 35-year-old person died after being hit by a collapsed wall, and a 60-year-old man was electrocuted in the Delta province. Also among the victims was a technician in New Valley province, who was electrocuted while attempting to repair a lighting post that had lost power during the downpour.

The severe weather is also being blamed for a collision between two trains near Ramses railway station or the Misr in northern Giza– Cairo's main railway station. The crash left 13 people injured, but the Ministry of Health confirmed that none of the injuries were critical.

The Egyptian government declared a state of emergency on Wednesday, March 11, prior to the storm's arrival, and announced a paid holiday for Thursday, March 13, allowing the public to remain indoors. 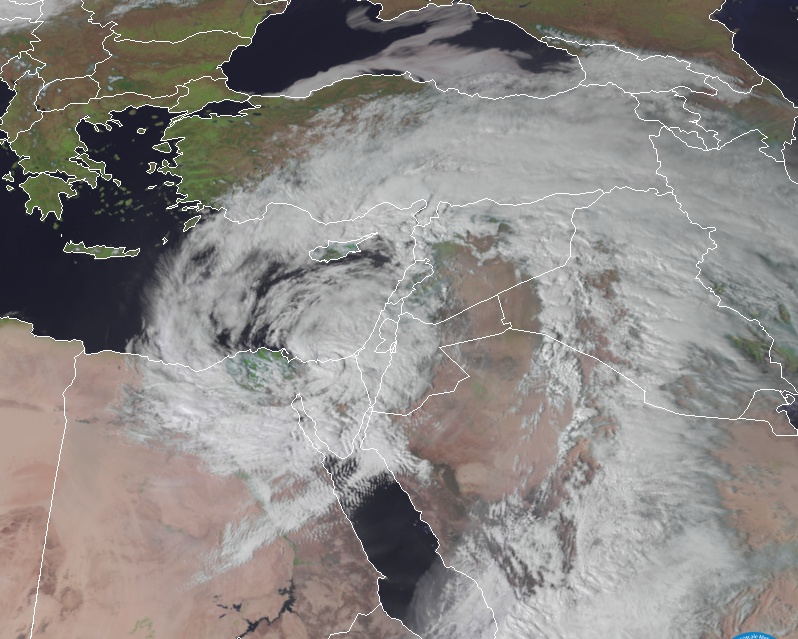 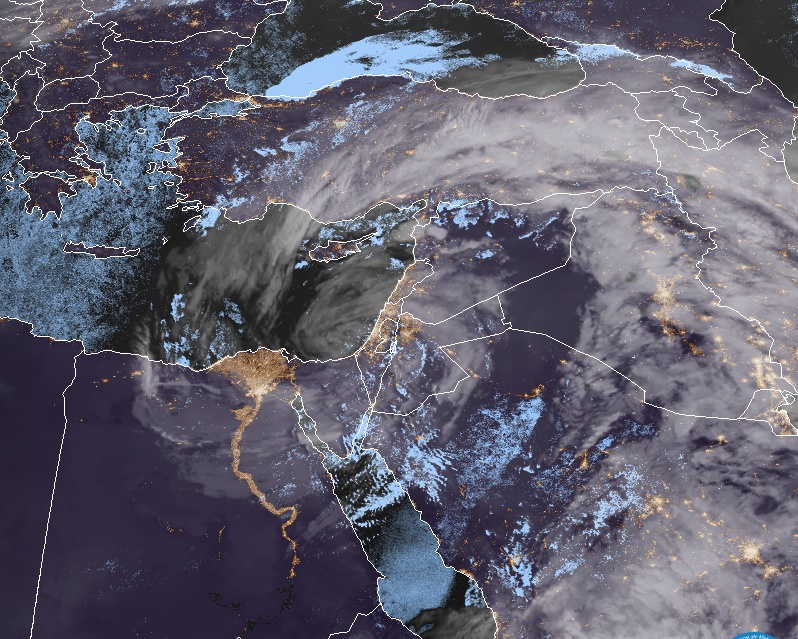 According to Mahmoud Shahin, director of the analysis department at the Egyptian Meteorological Authority, this level of instability in weather conditions with such strength has not happened since 1994.

Moreover, the country depends on a 105-year-old drainage network and has no comprehensive rainfall drainage system.

Over the next 24 hours, heavy rain and thunderstorms are forecast over Greater Cairo, Lower Egypt, the north-west coast, and Sinai regions.

The storm is moving northeastward and is expected to strike Israel in the following days. Authorities warned that winds are forecast to reach 100 km/h (62 mph) in mountainous areas in the country's center and north areas, from the Judean hills to the Carmel range.

#Egypt: Sandstorm, flooding in the country. Mud rains expected in Turkey and the rest of the Levant.#Egypt #FridayThe13th #floodingpic.twitter.com/wnfzIRfaCB

A sandstorm sweeping large areas of Egypt to Jordan … pic.twitter.com/78tmQbaVRq

These spectacular images were taken yesterday in the capital of Egypt  pic.twitter.com/JVW7d5Aooo