A powerful storm developing over Egypt on Thursday, March 12, 2020, is expected to move northeast posing threats to other Middle Eastern countries, including Jordan, Israel and Saudi Arabia. This is a very rare severe weather system, capable of producing very heavy rain and strong winds. Due to a severe risk of flooding, the Egyptian authorities have declared a state of emergency.

The storm has already begun dumping heavy rains on parts of Egypt on Thursday, with flooding anticipated particularly in low-lying areas. Moreover, gusty winds will also accompany the storm, resulting in dust storms.

As the storm moves northeastward Thursday night into Friday and Saturday, it will pose flooding risks further along its path.

"Areas of heavy rain may create the potential for flooding across Syria and Israel in particular," said AccuWeather meteorologist Rob Richards.

Prior to the storm's arrival in Egypt, the government has conducted proactive measures and declared a state of emergency on Wednesday, March 11. 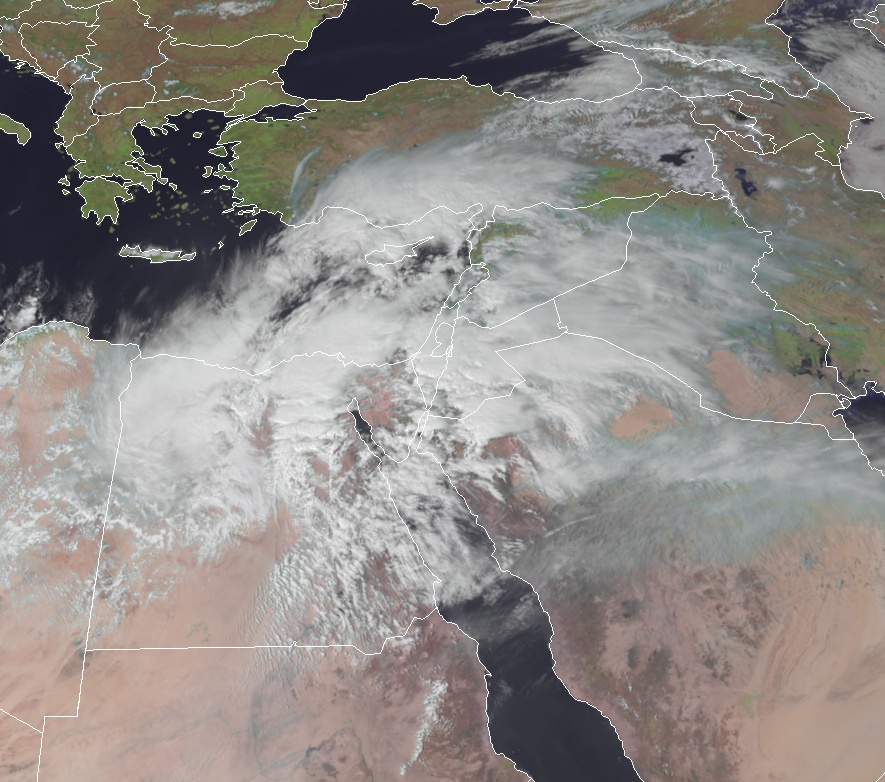 According to the minister of housing, utilities, and urban communities, Essam el-Gazzar, the demand for drinking water will be lessened in some places and could be disrupted if needed.

The government urged people to remain indoors and announced a paid holiday on Thursday. Up to 70 mm (3 inches) of rainfall is possible, which surpasses the capacity in most cities. Motorists are also advised to avoid parking near trees or in low-lying areas.

Areas expected to bear the brunt of the heavy rain are the North Coast and the Nile Delta, the lowest regions in the country.

Good decision by the government of Egypt to have a public holiday today. The road infrastructure is great, but like everywhere across the MENA region, it's not built for heavy rain and so has minor drainage. It's a catching up with my reading day in Cairo pic.twitter.com/Q55zVZCRLu

MetDesk said the storm will strengthen and by Friday, March 13, as it reaches the Sinai Peninsula. Inundations are likely on Sinai, the Gulf of Suez, and the Red Sea. Aside from bringing hazardous rain, the system may also spawn sandy winds, thunderstorms, and cold temperatures.

Northern Egypt will face the most intense part of the cyclone on Saturday, March 14. Severe Weather Europe meteorologists said up to 100 mm (4 inches) of rain is expected in less than 24 hours in some areas across the area, which is rare for the region.

A huge amount of dust and sand from the Sahara is expected to be blown by the storm as it travels to Israel and northern Saudi Arabia.

The system will weaken as it moves across Iraq and Kuwait but will continue north into Turkey and Iran, bringing snow.