The storm is expected to peak today before gradually weakening and dissipating by Wednesday, December 22, according to the Israel Meteorological Service (IMS).

As Monday progresses, Israelis can expect to see “unseasonably cold” temperatures of 6 to 9 °C (43 to 49 °F) with rainstorms in the north and center, further snow on Mount Hermon and a 'risk of flooding in flood-prone areas,' the IMS said.

There is a chance of isolated rainfall and sandstorms in the south, accompanied by a midday risk of flash floods in the Judean Desert and Dead Sea area, IMS added. 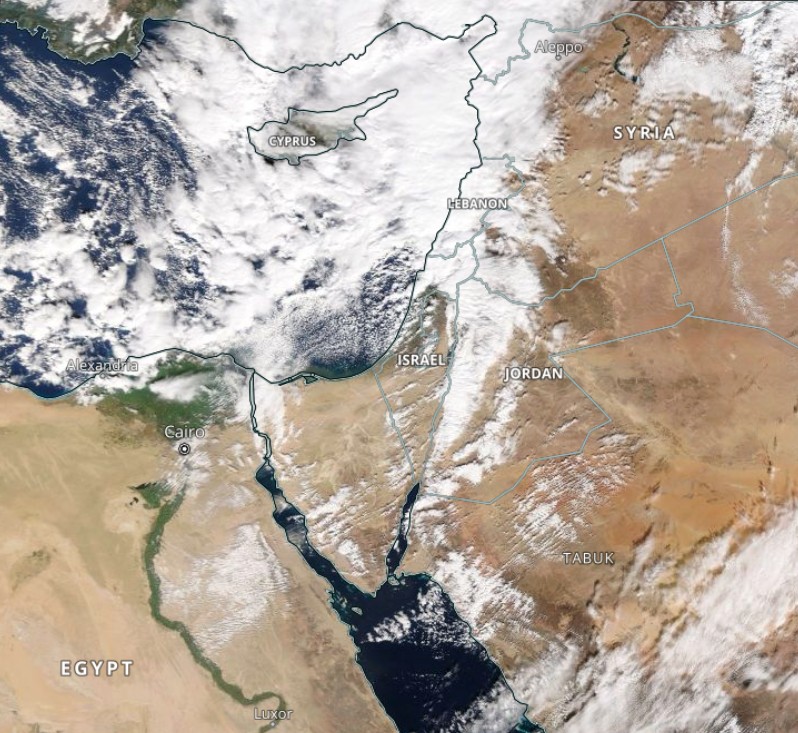 The storm is also affecting neighboring countries, bringing rare snowfall to Alexandria and other areas in Egypt's north and forcing authorities to close ports and suspend classes.

"We are facing tough days and levels of precipitation that will lead to dangers," Israeli Public Security Minister Omer Barlev said after holding an assessment with emergency and security officials.2

"The emergency forces will be ready for the challenges and surprises."