Heatwave conditions are expected to persist in parts of Australia ahead of the approaching front which is forecast to bring significant rainfall, according to the Bureau of Meteorology (BOM) on Wednesday, January 29, 2020.

With clear skies over much of Western Australia, heat has been seen building through the north. On Tuesday, January 28, temperatures around 40 °C (104 °F) spread and extend from the Pilbara down to the southern coast.

"This heat is going to be pushed east ahead of the approaching front, with daytime temperatures peaking of Thursday for parts of South Africa where they're expecting to see large areas over 40 °C (104 °F)," said BOM senior meteorologist Grace Legge.

The heat is forecast to travel into Victoria and Tasmania, which will peak on Friday, January 31, before heading to New South Wales and the Australian Capital Territory on Saturday, February 1.

Legge warned that hotter temperatures with strong winds will pose heighten the risk of fire hazards for parts of the south and the east, ahead of the cool change.

Also, a severe heatwave is forming through much of southern Australia, with these smoldering temperatures being accompanied by warm nights "due to an increase in humidity following the initial burst of heat." 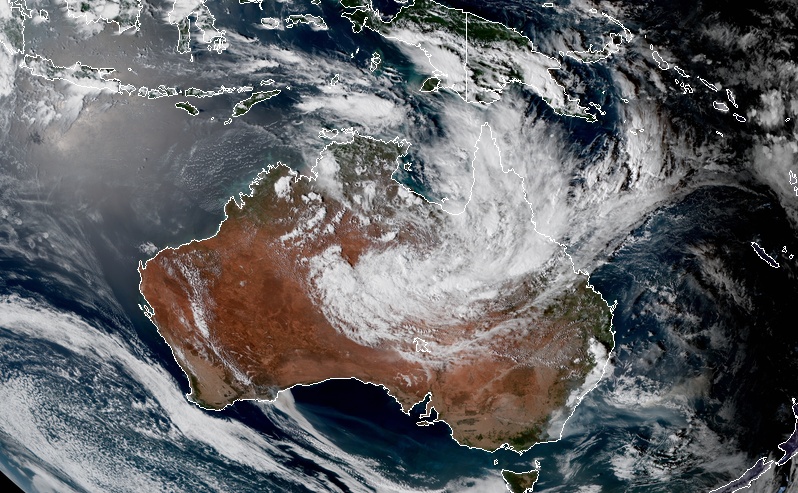 As the heatwave remains over northern WA for the week, it will also develop through the southeast with severe heatwave conditions for eastern parts of Victoria and NSW, as well as the ACT.

"This added moisture is due to the tropical low that is currently just south of the Gulf of Carpentaria and will continue to track to the southwest," said Legge.

As the low reaches south Australia, the moisture from the system will accompany the cold front and be dragged further south over SA and into western Victoria, dumping significant rainfall.

"With all this weather on the way, please follow all advice from your local health and emergency services."