New Zealand's White Island volcano remains in an elevated state of unrest and lava is now visible in the vents created by December 9, 2019 eruption, GeoNet reports on January 22. Further explosive eruptions are very unlikely on any given day in the next four weeks. The Volcanic Alert Level remains at Level 2 and the Aviation Colour Code remains Yellow.

Visual observations last week and on Monday, January 20 show lava has been extruded into the vents created by the December 9 eruption. In previous bulletins, GeoNet proposed that magma was at a very shallow level beneath the floor of the crater, and they now have visual confirmation that this magma has risen to the surface.

No significantly sustained or strong eruptive activity has been observed since the December 9 eruption, apart from minor ash emissions on December 23 and 26.

Airborne measurements of gas on January 20 show they are still at the high levels expected after an eruption, and the vent temperature remains very hot (> 400 °C / 752 °F).

"Considering these new observations, we have recalculated the expert judgment of eruption likelihood. It remains very unlikely (1% chance) that there will be another eruption in any 24-hour period during the next 4 weeks," GNS Science Duty Volcanologist Craig Miller noted. 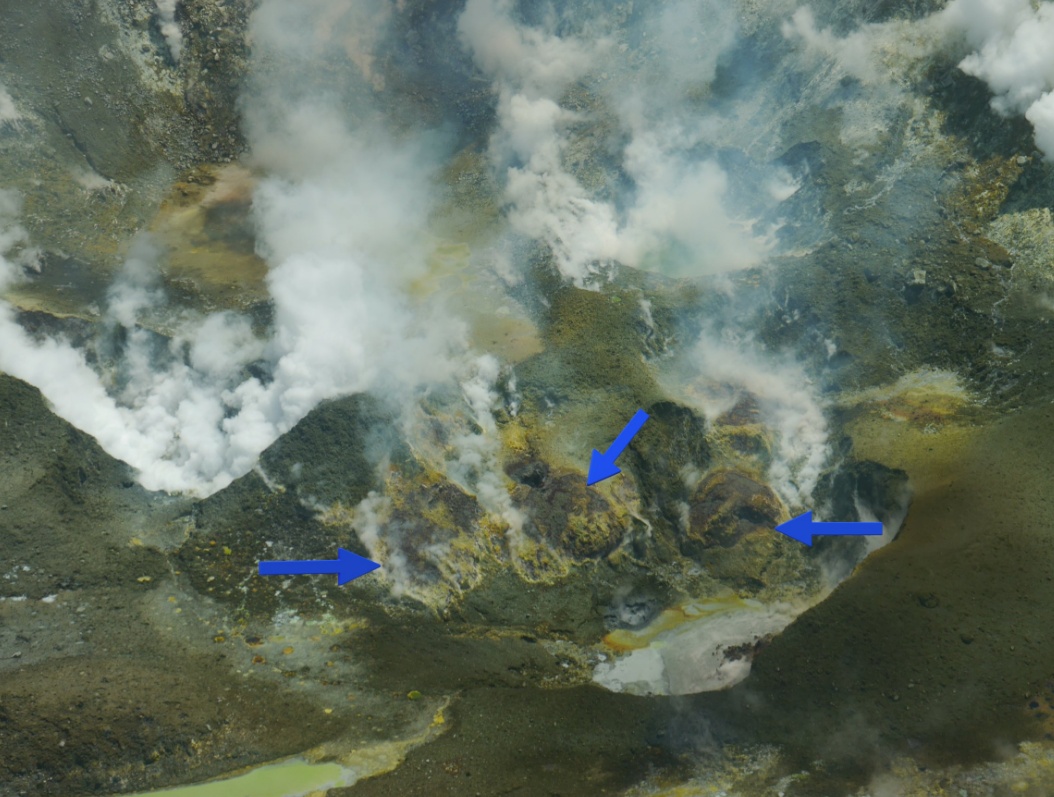 "Although very unlikely, an explosive eruption from the active vent area remains possible and could occur with no precursory activity. This style of the eruption could be driven by the collapse of unstable material behind the vents, or by a marked decrease in gas emissions allowing water from the reforming crater lake or geothermal system to enter the active hot gas vents."

The number of casualties after the eruption on December 9th rose to 20 on January 13, after another person died at an Auckland hospital.

There were 47 people visiting the island when the volcano erupted, killing 13 people initially and leaving more than two dozen others hospitalized with severe burns. Many of the killed and injured were Australian tourists who had been traveling aboard the Royal Caribbean cruise ship Ovation of the Seas.