The Sri Lanka National Dengue Control Unit's (NDCU) released a report on January 19, 2020, stating that the rise of dengue cases in the country– especially during the last two months of 2019– is due to the previously latent serotype 3 (DENV3) being active, as well as changing weather patterns.

Dengue fever (DF) and the more severe Dengue Hemorrhagic fever (DHF), is caused by one or more of the four serotypes of dengue viruses (DENV1, DENV2, DENV3 & DENV4)– these had been co-circulating within the country since the early 90s.

However, from time to time, a previously latent serotype becomes dominant, driving the illness to epidemic proportions, like in 2017, which had the highest dengue case so far with 186 101 throughout the country caused by DENV2.

In the latest update by the Epidemiology Unit, around 104 501 cases were reported from January 1 to December 31, 2019 — twice the 51 659 cases reported in the corresponding period of the past year.

"In Sri Lanka, we have begun to see a pattern of the numbers rising and falling during alternate years. However, the main concern is the growing numbers over the years," said the unit.

Moreover, dengue patients are not only being reported from all districts, but the number of dengue cases had also been showing an increase in the last 10 years.

To date, in 2020, the country has reported roughly 2 300 dengue cases through the first 20 days of this year– over 20% of cases were reported in Colombo.

Meanwhile, State Minister of Technology and Innovation Thilanga Sumathipala visited Arthur C. Clarke Institute of Modern Technology in early January 2020 to explore the use of drone technology to combat dengue from the country. 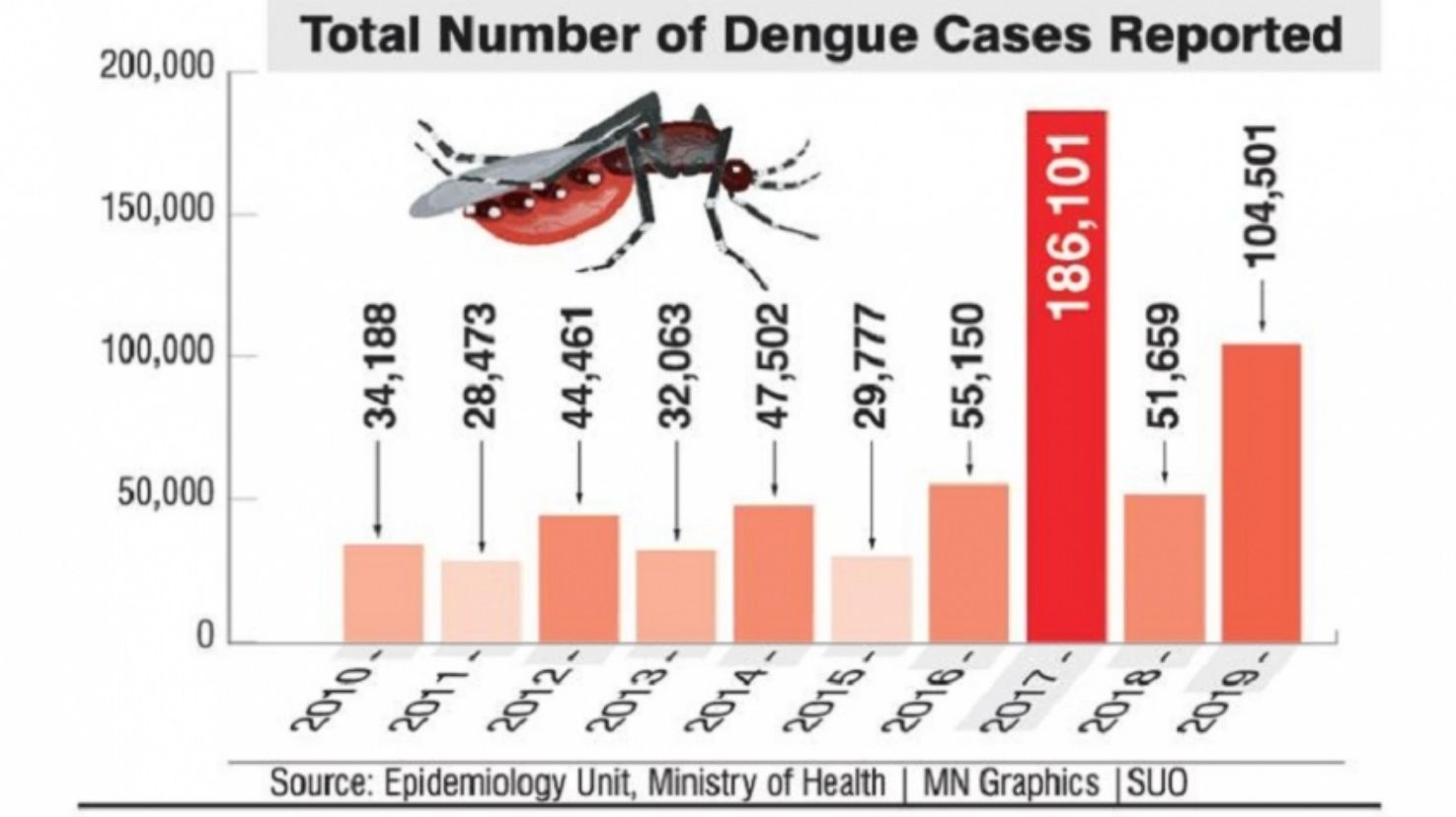