Specialists from the World Health Organization (WHO) have started meetings with their Chinese counterparts on dealing with the coronavirus disease– now officially called COVID-19– which has so far officially killed 1 776 people. The number of infected with the virus– now officially called SARS-CoV-2– is around 71 449, as of 14:15 UTC on Monday, February 17, 2020.

Of the 105 fatalities reported in China on Monday, 100 were in Hubei province. These figures came after WHO said international specialists, in a mission led by the organization, had arrived in Beijing and conducted their first meeting with Chinese counterparts.

Chinese National Health Commission spokesman Mi Feng said Sunday that the case numbers are slowing down nationally, indicating that the country was controlling the epidemic.

WHO Director-general Tedros Adhanom Ghebreyesus, however, had a word of warning that it is still "impossible to predict which direction this epidemic will take".

"What I can tell you is what encourages us, and what concerns us," he added. "We are encouraged that the steps China has taken to contain the outbreak at its source appear to have bought the world time, even though those steps have come at greater cost to China itself. But it’s slowing the spread to the rest of the world."

"We’re encouraged that an international team of experts is now on the ground in China, working closely with their Chinese counterparts to understand the outbreak, and to inform the next steps in the global response."

The UN's health body has also asked China for further information about how diagnoses are being identified. 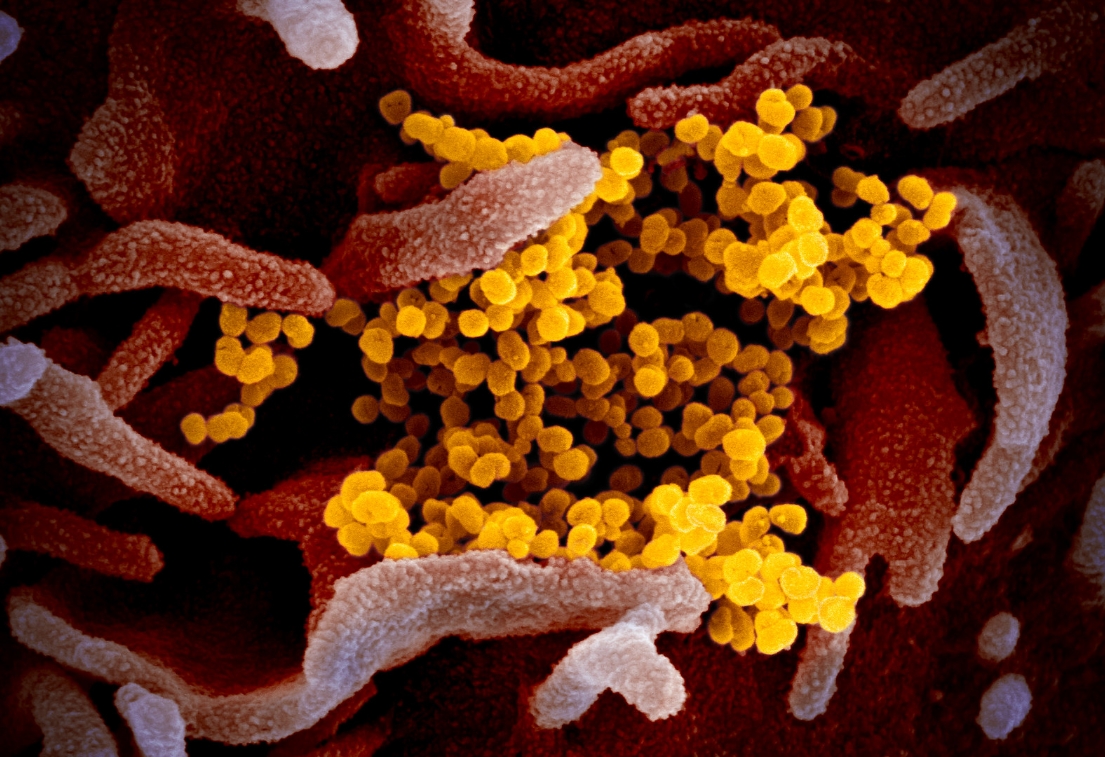 This scanning electron microscope image shows SARS-CoV-2 (yellow)—also known as 2019-nCoV, the virus that causes COVID-19—isolated from a patient in the U.S., emerging from the surface of cells (pink) cultured in the lab. Credit: NIAID-RML

Moreover, according to the WHO's situation report, the organization is working with its global expert networks and partnerships for clinical management, laboratory, mathematical modeling, and infection prevention and control.

"We look forward to this vitally important collaboration contributing to global knowledge about the COVID-19 outbreak," said Ghebreyesus.

"Together, we are facing COVID-19 and we must use the window of opportunity to intensify our preparedness for it. And more than ever it’s time to let science & evidence lead policy. If we don’t, we are headed down a dark path that leads nowhere but division and disharmony."

About 56 million people in Hubei are still in lockdown while Wuhan is under quarantine. Even as the nation insisted that the epidemic was under control, Hubei authorities announced a tightening of movement across the province.

This includes wide instructions that residential compounds and villages must be "sealed off" from unnecessary visitors, with tenants' outside travels "strictly managed".

In Beijing, the government has imposed a rule requiring people arriving at the capital to self-quarantine for 14 days. 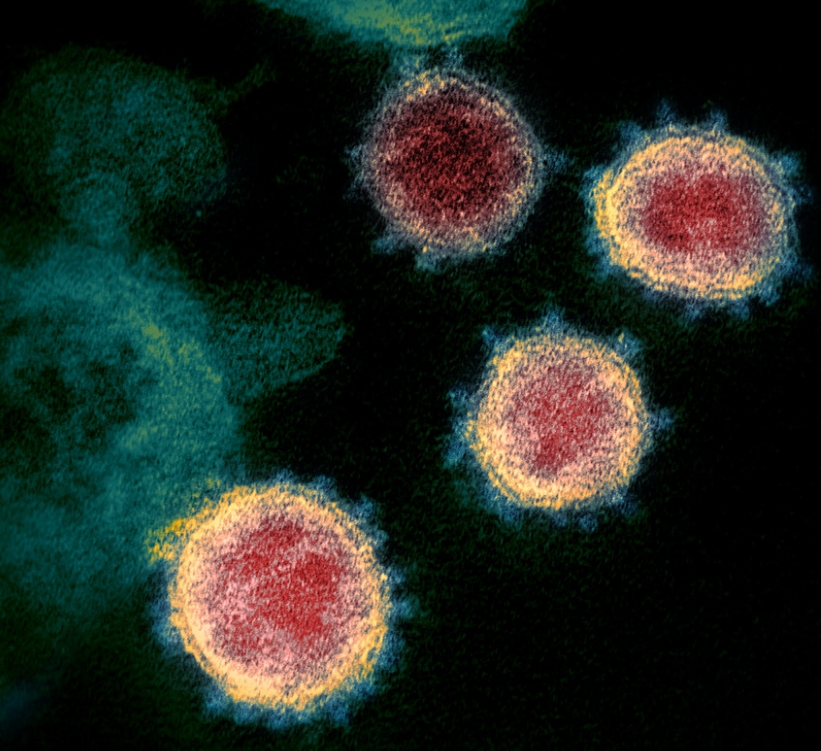 This transmission electron microscope image shows SARS-CoV-2 — isolated from a patient in the U.S. Virus particles are shown emerging from the surface of cells cultured in the lab. The spikes on the outer edge of the virus particles give coronaviruses their name, crown-like. Credit: NIAID-RML

US citizens have also been taken off a cruise liner and sent home after being quarantined for two weeks off Japan's coast.

Australian, Canadian, Italian, South Korean, and Hong Kong passengers were expected to be repatriated in the following days as their respective governments announced plans of sending them home. 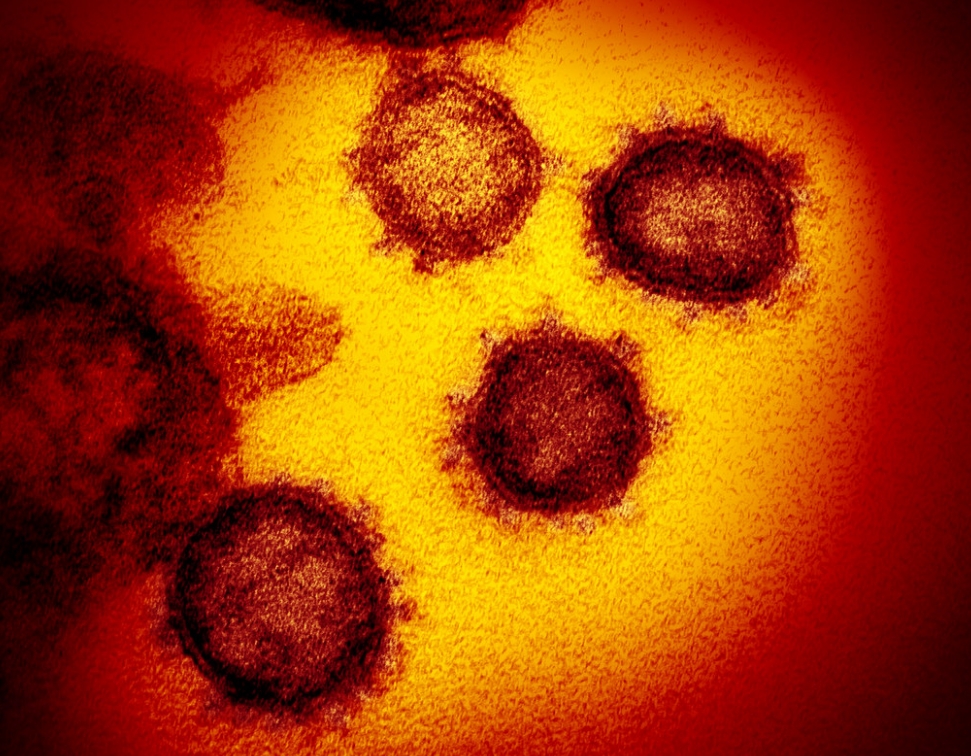 This transmission electron microscope image shows SARS-CoV-2, emerging from the surface of cells cultured in the lab. Credit: NIAID-RML

Meanwhile, Chinese media Xinhua reported Monday that antimalarial drug Chloroquine Phosphate has been confirmed to have a certain curative effect on COVID-19.

Sun Yanrong, deputy head for the China National Center for Biotechnology Development under the Ministry of Science and Technology said professionals have suggested the drug to be part of the next version of the treatment guidelines soon.

While the coronavirus disease is now officially named COVID-19, the microbe itself is now called Severe Acute Respiratory Syndrome Coronavirus 2, or SARS-CoV-2, as per the International Committee on Taxonomy of Viruses. 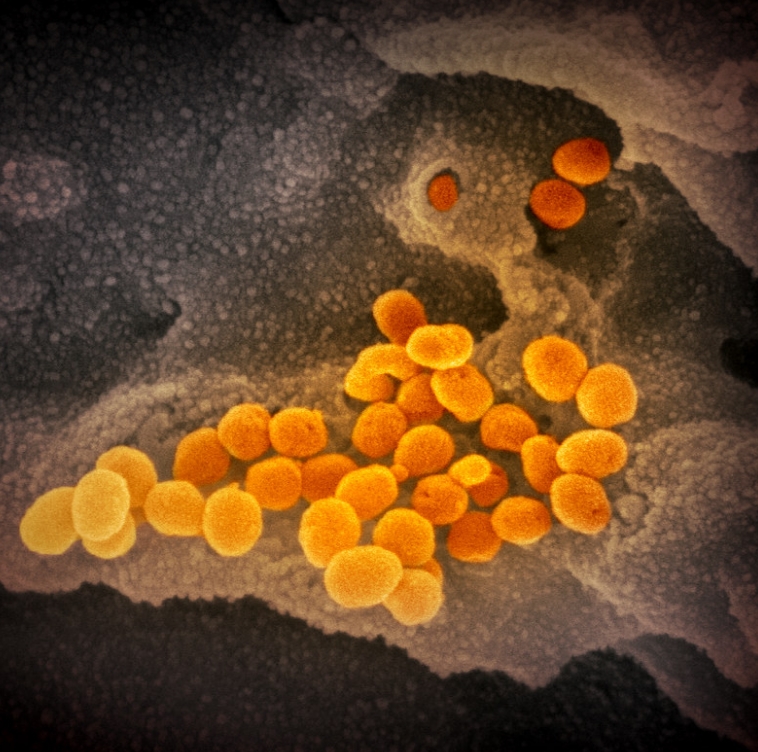 This scanning electron microscope image shows SARS-CoV-2 (orange) isolated from a patient in the U.S., emerging from the surface of cells (gray) cultured in the lab. Credit: NIAID-RML