Tropical Cyclone "Hikaa" formed September 22, 2019, over the Arabian Sea as the 5th named storm of the 2019 North Indian Ocean cyclone season. On the forecast track, Hikaa is expected to make landfall in Oman on September 24.

The season's first named storm, Pabuk, entered the basin on January 4, becoming the earliest-forming cyclonic storm of the North Indian Ocean on record. The second cyclone of the season, Cyclone "Fani," was the strongest tropical cyclone in the Bay of Bengal by 3-minute maximum sustained wind speed and minimum barometric pressure since the 1999 Odisha cyclone.

At 09:00 UTC on September 23, the center of Tropical Cyclone "Hikaa" was located approximately 605 km (376 miles) NM east of Masirah Island, Oman, according to data provided by JTWC. 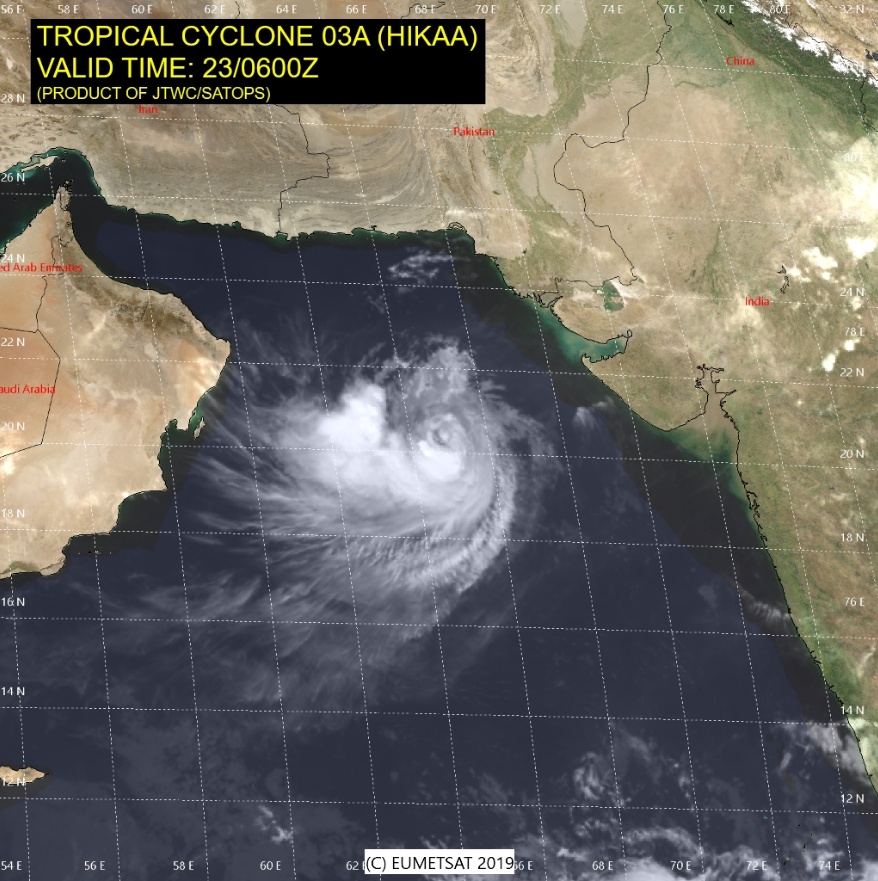 Hikaa is forecast to track generally WSW, steered by a subtropical ridge anchored north of the Arabian Sea. The recent development of a visible eye structure, coupled with persistent low vertical wind shear along the forecast track suggests a brief period of intensification is possible before Landfall at 21:00 UTC, south of Masirah Island.

Once over land, Hikaa will rapidly erode due to the frictional effects of terrain and lack of underlying ocean driven convection. Numerical models continue to agree on the west-southwestward track, lending to overall high confidence in the JTWC forecast track.

Hikaa is likely to intensify further during the next 12 hours and weaken gradually from the morning of September 24 (IST)," RSMC New Delhi said 08:10 UTC today.  "It is very likely to move nearly westwards and cross Oman coast between latitude 19°N and 20°N during early hours of September 25, 2019, as a deep depression." 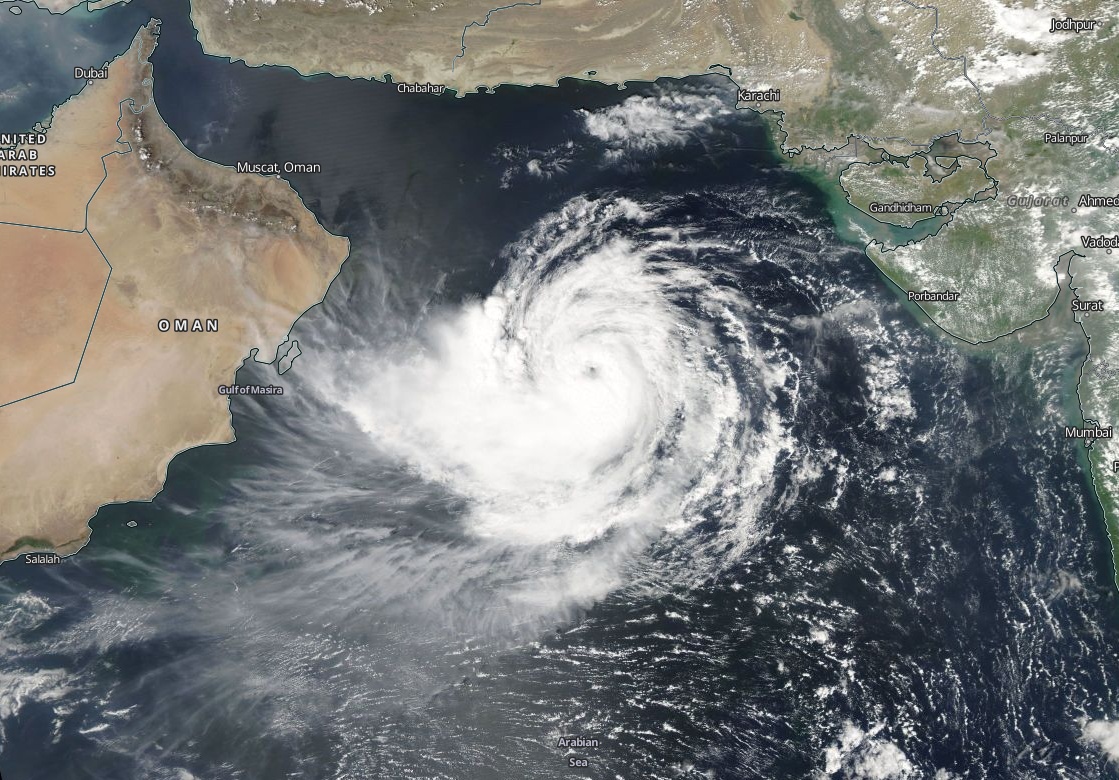