A new, violent, high-intensity explosive eruption started at Stromboli volcano at 10:17 UTC on August 28, INGV reports in a detailed analysis of the event.

The eruption consisted of three explosive events, recognizable in the seismic layout of the STR4 station (below). 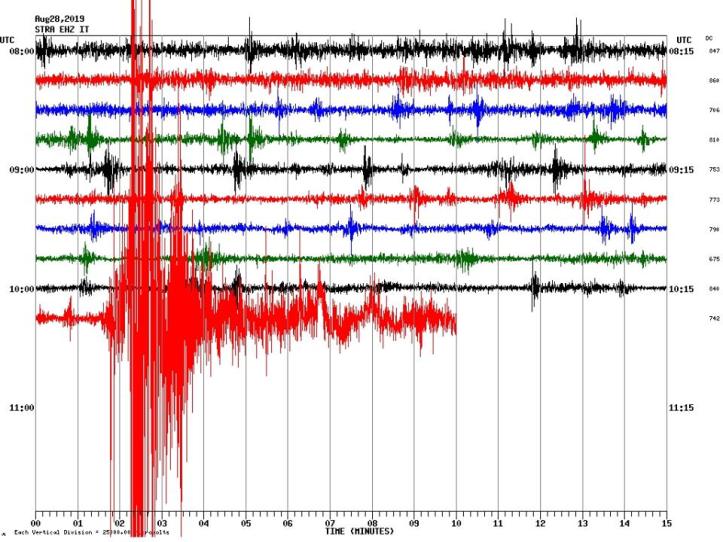 The first two explosions were located in the central-southern crater area and a third, of lesser intensity, occurred twenty seconds later in the northern area.

The latter was a side explosion whose products spilled out over the Sciara del Fuoco. Also, material deriving from the collapse of the eruptive column has fallen back down the Sciara del Fuoco, contributing to constitute a high turbulence pyroclastic flow that has then propagated in the sea for several hundred meters.

The explosive sequence has brought morphological changes to the northern area of ​​the crater terrace overlooking the Sciara del Fuoco. 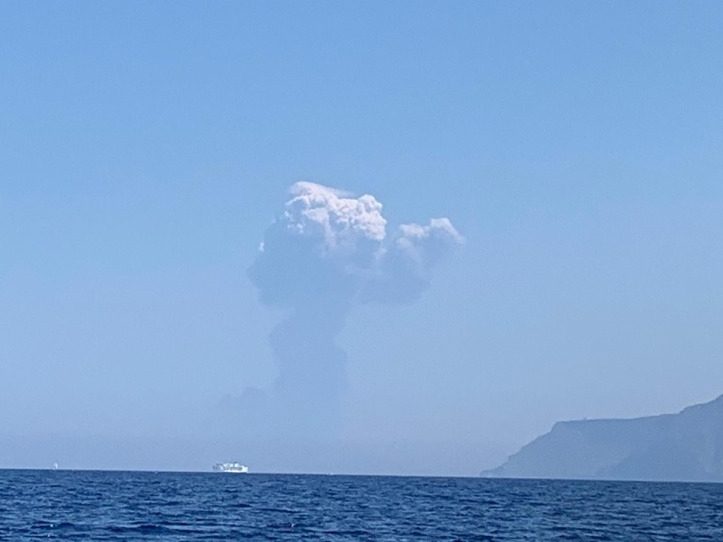 The paroxysm was taken up by the television camera of the Etneo Observatory located along the northern edge of the Sciara del Fuoco, at an altitude of 400 m (1 312 feet): 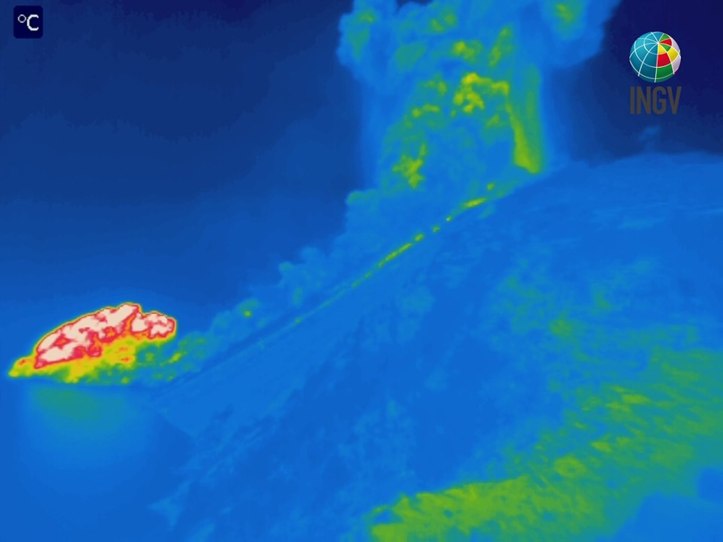 Once again, the morphology of the crater terrace has changed greatly. The complex of small scoria cones, which had grown around the eruptive vents in the northern crater center during the last few weeks, has been completely destroyed, and the crater rim on the side of the Sciara has subsided, allowing the magma to overflow and form a lava flow which reached the coastline in the evening. 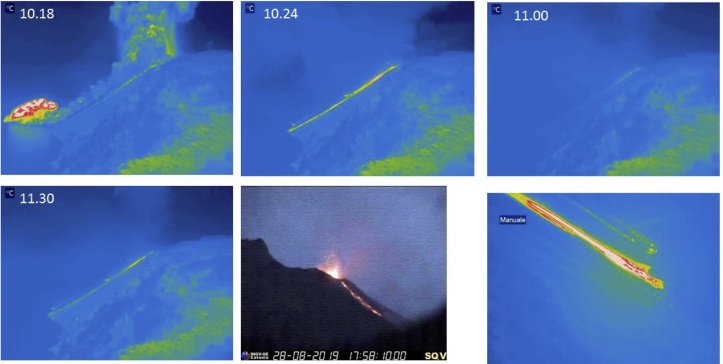 Thermal and visible surveillance cameras observed a lava overflow from the northern area of the crater terrace at 19:23 UTC on August 20.

The flow poured onto the Sciara del Fuoco but stopped at medium altitudes. As often happens, the material that detaches from the lava front rolled along the Sciara reaching the coastline.

At 20:43 UTC, a new explosive sequence took place in the central-southern area of ​​the crater terrace, with the fallout of pyroclastic material on the town of Ginostra. A further explosion, of lesser intensity, was recorded at 21:29 UTC.

In the early hours of August 30, a lava overflow from the central-southern crater area generated a flow, which reached the coast at dawn (local time). However, the entry of lava into the sea lasted only for a short time. 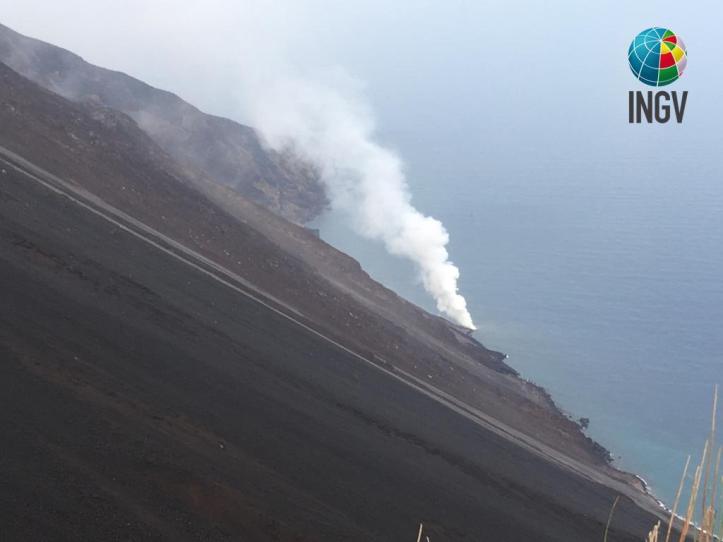 This is the second paroxysmal event that has affected Stromboli after that of July 3, 2019. The crater area was affected by intense Strombolian activity that affected all the craters and small lava flows, especially from the central-southern crater area, in the interval between the two paroxysms (August 28 initial report). The explosive activity was often characterized by copious ash emissions, particularly in the first week of August, when abundant ash fallouts occurred on the built-up area of ​​Stromboli (S. Bartolo area, Scari and Piscità).

It is not the first time that two paroxysmal events occur one after the other: in the period between November 1915 and July 1916, and between September and October 1930, several paroxysms occurred within a few months.