Tropical Cyclone "Ann" remains Category 1 and continues moving WNW toward northern Queensland. The cyclone is expected to cross the northeast tropical coast of Queensland on Wednesday morning (LT), May 15, 2019, most likely as a category 1 system.

Queensland TCWC expects Ann to continue its current motion and cross the northeast tropical coast of Queensland on Wednesday morning local time, most likely as a category 1 system (AEST is UTC +10). 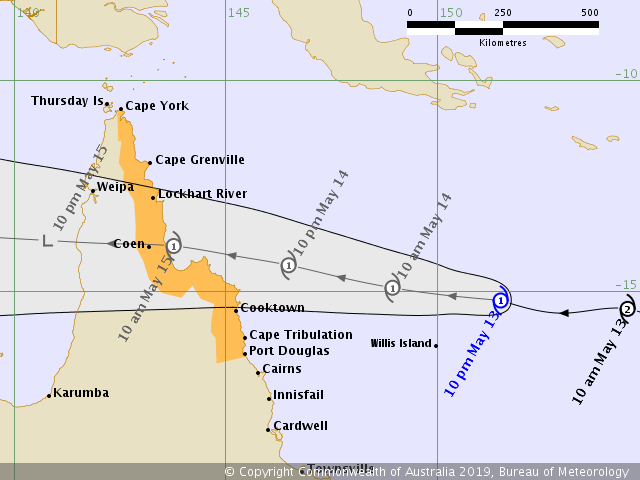 As the cyclone crosses/approaches the coast, a storm tide may occur between Lockhart River and Cape Tribulation.

Large waves may produce minor flooding along the foreshore.

People living in areas which may be affected by this flooding should take measures to protect their property as much as possible and be prepared to help their neighbors. 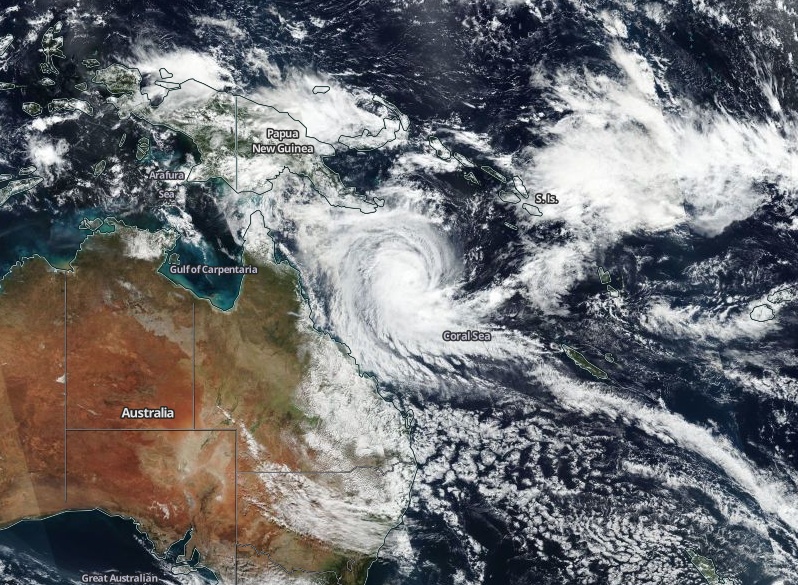 Areas of heavy rain, which may lead to flash flooding, are likely to develop about the coast and ranges between about Lockhart River and Ingham during Tuesday night and are likely to persist through Wednesday.

A Flood Watch has been issued for coastal catchments between Cooktown and Ingham.

People between Cape York and Port Douglas should consider what action they will need to take if the cyclone threat increases.