Medicane "Cindy," also known as Zorbas, as named by Freie Universität Berlin, developed in the Mediterranean Sea on September 27, 2018, and moved past the southwestern tip of Peloponnese, Greece on September 29 with winds of 90 km/h (55 mph) and gusts to 105 km/h (65 mph). The storm left three people missing in Greece before it reached Turkey, causing severe flash flooding.

The hardest hit was Messinia in the southeast of the Peloponnese peninsula. The coastal capital of Kalamata and seaside villages like Methoni and Finikounda were inundated by waves. Other hard-hit areas include the northern part of the island of Evia, where three people went missing on September 30. 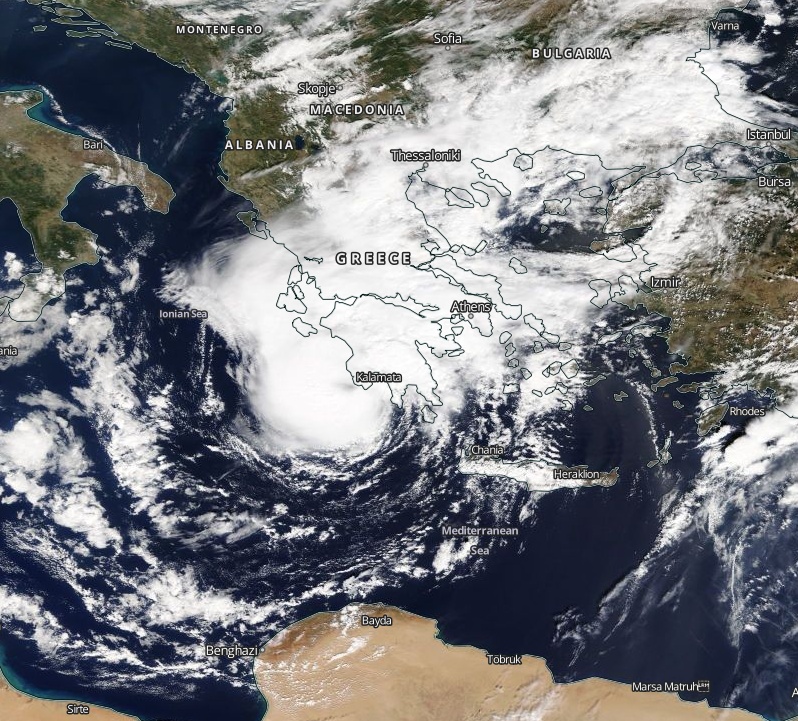 Authorities in central and northern Peloponnese closed dozens of roads due to floods, as well as in western Attica, near the seaside town of Mandra where major flash flood claimed 23 lives last year.

River Kireas is overflown and is sweeping everything in its path, according to the Greek Reporter. Vehicles were trapped near Mantoudi, drivers were trapped, while firefighters and community workers have evacuated 50 people and moved them to a safe inn. Traffic between Mantoudi and Prokopi has been cut, while the local fire station has been flooded as well.

Torrential rainfall with 24-hour cumulative of over 200 mm (7.9 inches) were recorded across a number of locations in the Peloponnese peninsula and in central Greece.