Typhoon "Trami" made landfall near Tanabe City in Wakayama Prefecture, Honshu, Japan around 11:00 UTC (20:00 JST) on Sunday, September 30, 2018, as a Category 3 hurricane equivalent on the Saffir-Simpson Hurricane Wind Scale. At least 2 people lost their lives, two are still missing, more than 170 were injured and 4 million urged to evacuate. Trami is the eight named storm to hit Japan this year… and there is another one coming.

The storm wreaked havoc across the archipelago, causing severe traffic disruption in many cities, including capital Tokyo, where numerous trees were uprooted and more than 450 000 households lost power.

More than 1 000 flights were canceled and bullet train services suspended. 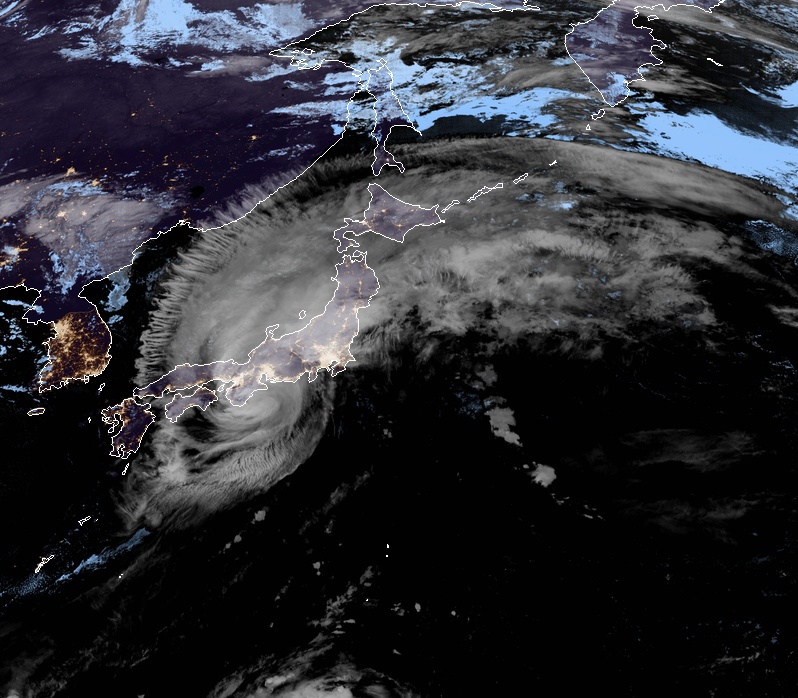 More than 1.3 million homes across the country were left without power. The worst affected was the Tokai area with around 860 000.

Numerous homes were reportedly inundated in a part of Miyazaki city after a river overflowed its banks.

Local officials said two people had been killed in the storm. One was engulfed by a landslide in Tottori, western Japan and another drowned in high waters in Yamanashi, west of Tokyo. Two others are still missing. More than 170 people were injured.

The start of Monday morning's commute in Tokyo was a chaotic one, NHK reports. Some train services are back up and running but others are still delayed and there are long lines and big crowds.

While Japan's western regions are still recovering from Typhoon "Jebi," the most powerful typhoon to strike the country in 25 years, the nation is now bracing for another potentially land-falling typhoon. Typhoon "Kong-Rey" is still far away but is rapidly strengthening and expected to approach the Ryukyu Islands later this week.