Typhoon "Prapiroon," the 7th named storm and 3rd typhoon of the 2018 Pacific typhoon season, is now moving between the Korean Peninsula and Japan, dumping heavy rain.

The typhoon passed through the Japanese Ryukyu archipelago over the past two days and its center is today just west of Kyushu, between South Korea and Japan, but Prapiroon was dumping heavy rain across the region even before its arrival. Up to 100 mm (4 inches) of rain was recorded in Chongju and 68 mm (2.6 inches) in Seoul.

The system made a very close approach to Sasebo Naval Base (US), about 80 km (50 miles) WNW, at 06:00 UTC on July 2. Its passage was described on social media as the worst tropical cyclone to affect Sasebo in some time. 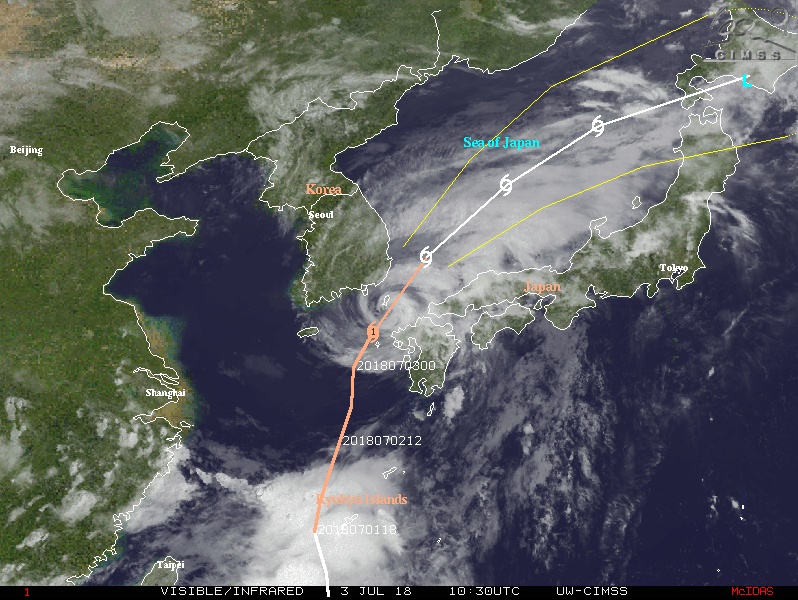 Prapiroon is now weakening but heavy rain is expected to continue falling across the region, rising risk of flooding and mudslides.