Tropical Cyclone "Iris" formed south of Solomon Islands on March 24, 2018 as the fourth named storm of the 2017/18 South Pacific ocean cyclone season. While this system is not expected to make landfall, orange alert for heavy rain and thunderstorms is in effect over the eastern coast of New Caledonia.

The cyclone is expected to slowly strengthen over the next 24 hours. However, increasing vertical wind shear after that will mainly be responsible for its rapid decay and eventual dissipation by 09:00 UTC on March 28. 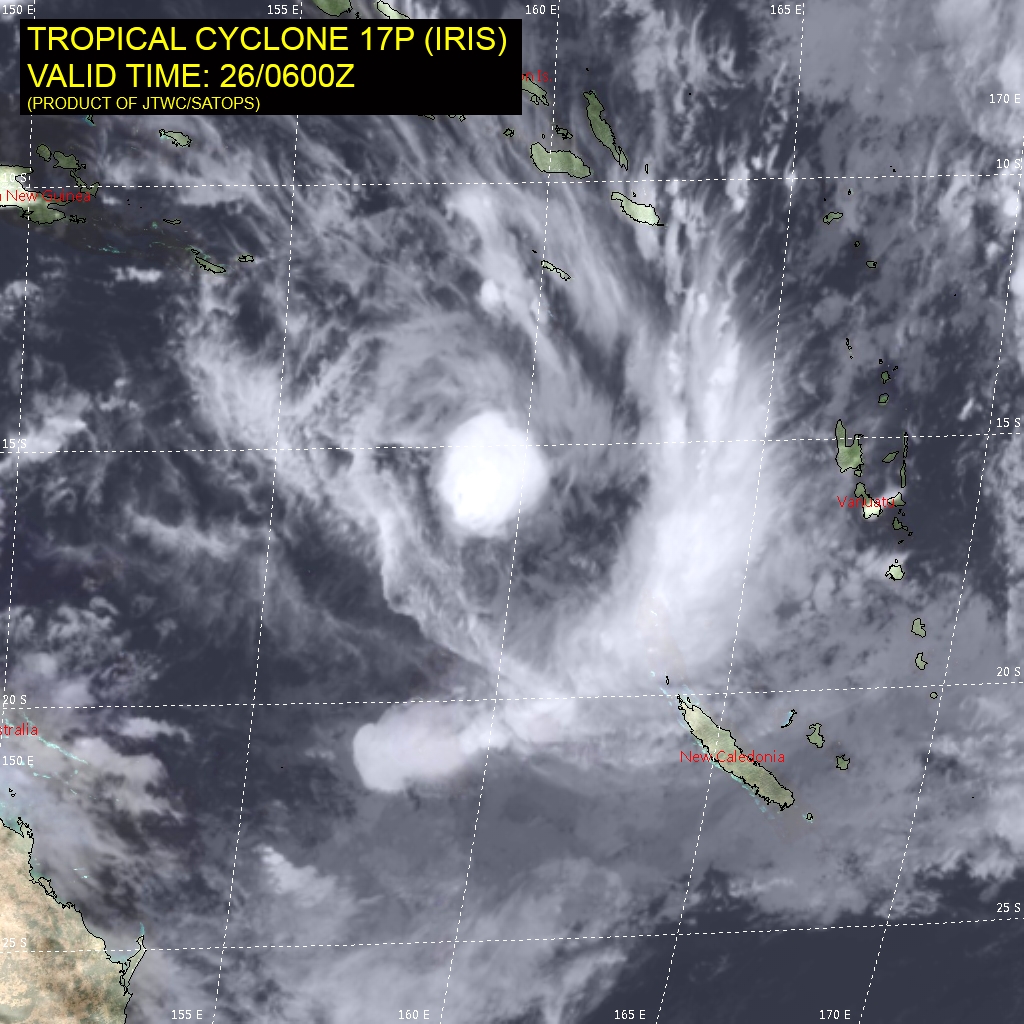 Iris is forecast to pass between the eastern coast of Australia and the western coast of New Caledonia over the next 24 hours, staying away from land.

Heavy rain, thunderstorms and strong winds may affect New Caledonia over March 25 – 31 as well as the eastern coast of Australia.

Meteo France New Caledonia has issued an orange alert for heavy rains and thunderstorms over the eastern coast of the country.