Tropical Storm "Nanmadol" (05W) formed July 2, 2017 east of Taiwan as the 6th named storm (PAGASA and JMA) of the 2017 Pacific typhoon season. The system is expected to pass over Yaeyama Island group, Okinawa Prefecture, Japan in the hours ahead, bringing moderate to heavy rain. Nanmadol is expected to continue intensifying, and accelerate northeastward within 36 hours as it begins extra-tropical transition. It should complete the transition within the next 72 hours as it tracks across Honshu and weakens significantly. This cyclone is known in the Philippines as Emong. The main threat is rain.

By 12:00 UTC, Nanmadol was located 130 km (81 miles) SSE of Yaeyama. It was heading NNW at a speed of 35 km/h (22 mph) and had an estimated minimum central pressure of 998 hPa, according to the Japan Meteorological Agency. 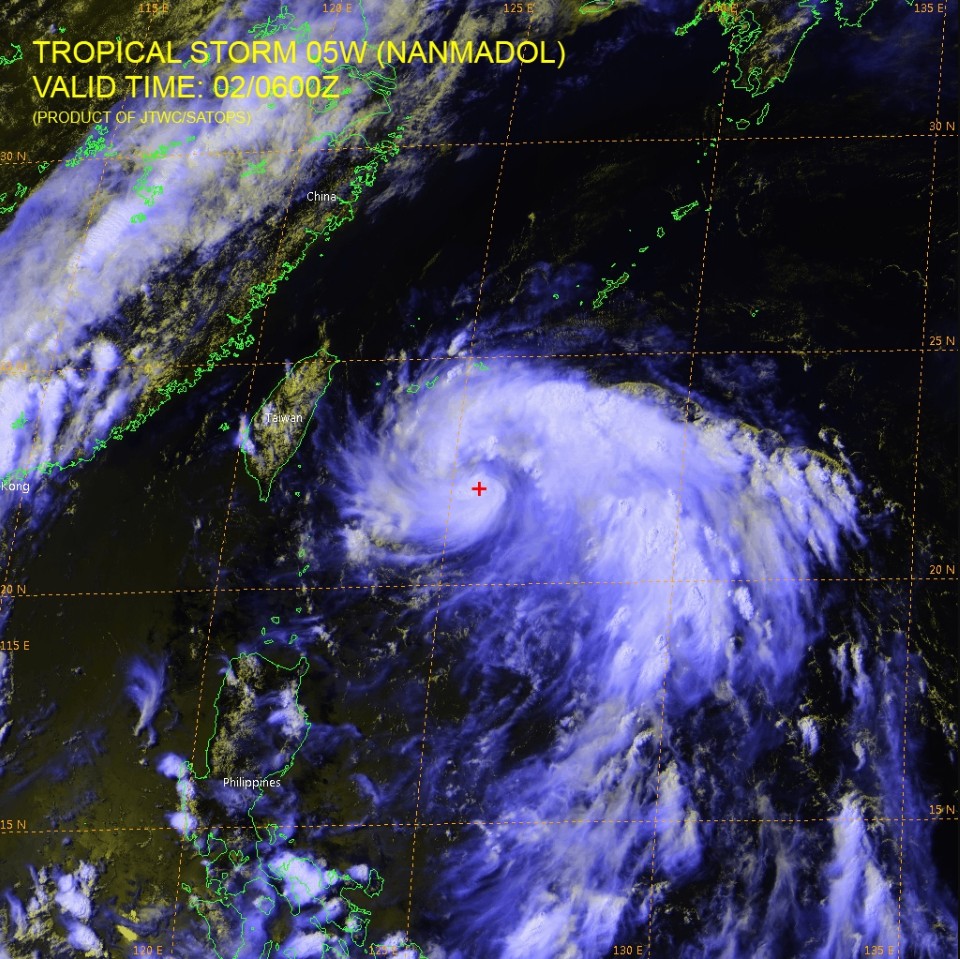 The system is tracking quickly poleward along the western edge of the deep subtropical ridge and is expected to continue to do so over the next 24 hours, reaching a peak intensity of 102 km/h (63 mph) by 09:00 UTC on July 3.

"There is some uncertainty in the peak intensity with some guidance indicating a peak of 120 km/h (75 mph)," JTWC noted.

"The dynamic aids are in unusually tight agreement for a re-curve scenario, leading high confidence to the forecast track," JTWC said.

According to current forecast track and models, up to 101.4 million people can be affected by wind speeds of tropical storm strength and above. In addition, no people are living in coastal areas below 5 m (16 feet) and can therefore be affected by storm surge.

The main threat from this system is moderate to heavy rainfall.

This is the 6th named storm of the 2017 Pacific typhoon season, including three named tropical depressions by PAGASA – Auring, Bising and Crising. It is, however, only the third named storm by the JMA, WMO authority for this part of the world.