A depression in the Bay of Bengal has intensified into a deep depression (01B) and is moving toward Myanmar at a speed of 28 km/h (17.4 mph). The system is expected to become the first named storm of the 2017 North Indian Ocean Cyclone Season, a full month earlier than the first storm of the past season. Landfall is expected on April 17.

The center said it expects the system to intensify further into a cyclonic storm by 18:00 UTC (23:30 IST) today. When it does, it will be named Cyclone "Maarutha." 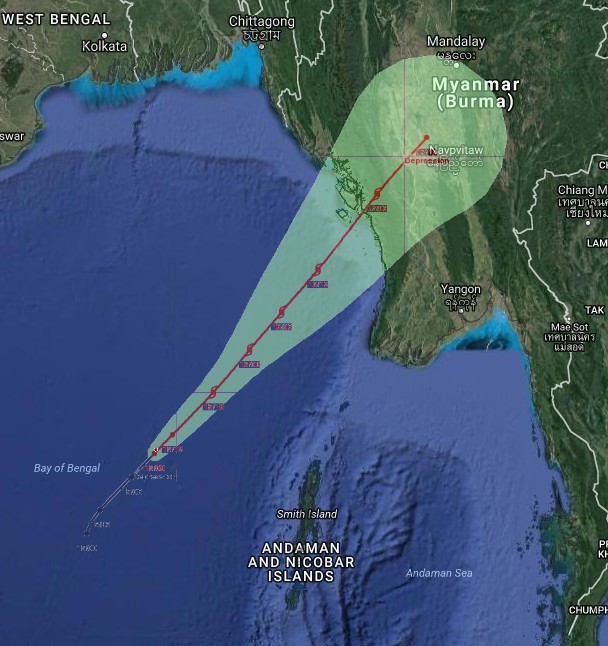 Maarutha is most likely to move north-northeastwards, weaken back to deep depression and make landfall over Myanmar coast between Sittwe and Sandway by the morning of April 17 (local time).

The center has issued the following warnings: 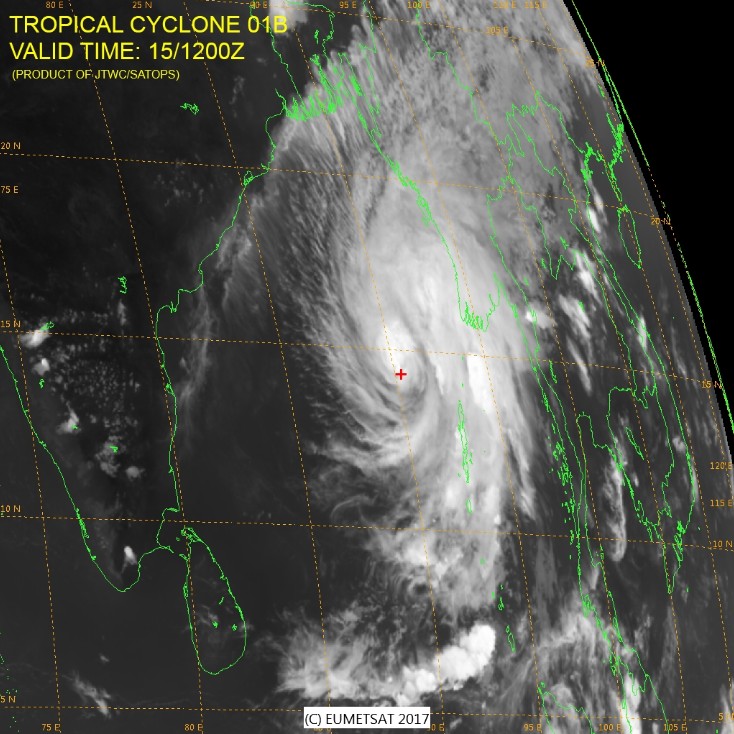 JTWC expects steady intensification over the next 24 hours as the system tracks to the northeast reaching a peak intensity of 101 km/h (63 mph). Landfall is expected just before 03:00 UTC on April 17.