Tropical Cyclone "Alfred" has formed in the Gulf of Carpentaria, Australia on February 20, 2017. This is the second named tropical system of the 2016/17 Australian region tropical cyclone season. Alfred is slow-moving storm edging closer to the coast of Northern Territory and Queensland and is expected to make landfall today. Abnormally high tides are expected for the southern Gulf of Carpentaria coast over the next few days. Many catchments of the Carpentaria Coastal Rivers are saturated from monsoonal conditions over the past two weeks and are responding strongly to further rainfall.

Alfred reached Category 1 status on the Australian tropical cyclone intensity scale today (63 – 88 km/h / 39 – 54 mph) and is expected to remain at that strength as it makes landfall later tonight (local time), between Borroloola and the NT/Queensland border. 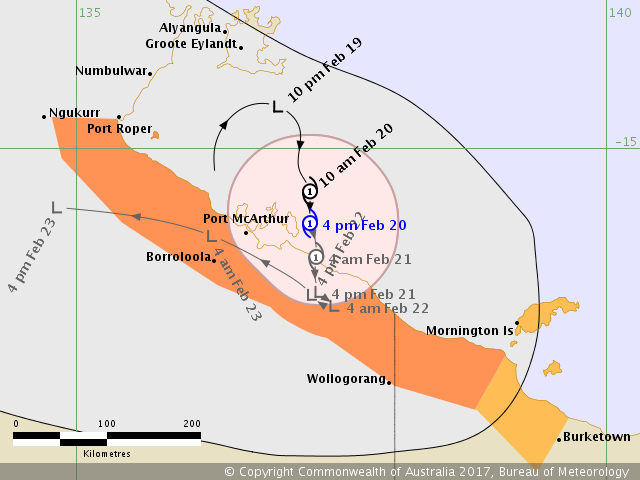 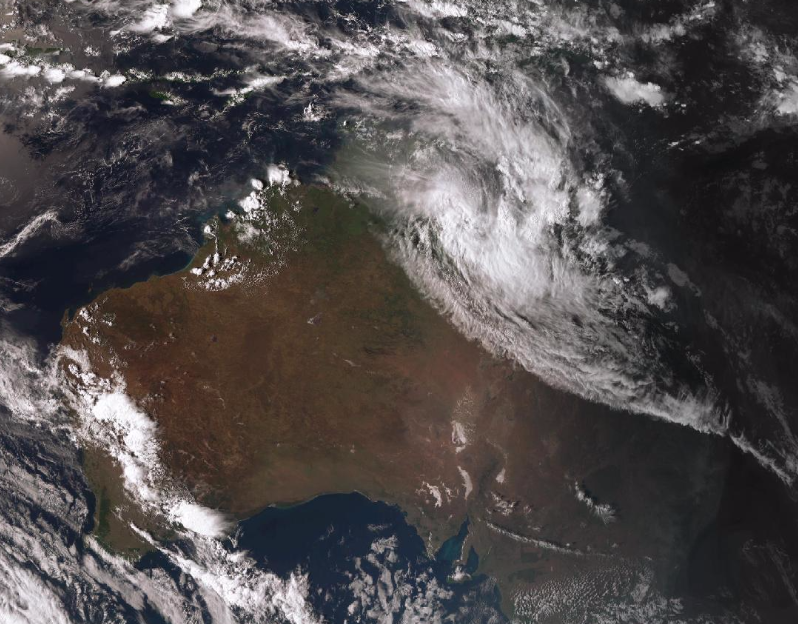 At 03:00 UTC today, the center of Tropical Cyclone "Alfred" was located approximately 733 km (455 miles) ESE of Darwin, and has tracked ESE at 5.5 km/h (3.4 mph), according to the JTWC. Maximum sustained winds at 00:00 UTC today were 74 km/h (46 mph). There is a limited opportunity for the system to intensify further in the next 12 hours to 83 km/h (51.8 mph), JTWC said earlier today. However, proximity to the land will hinder further development and the system is expected to fully dissipate over land by 03:00 UTC on February 22.

Gales with gusts to 110 km/h (68 mph) are occurring at the Centre Island, and expected to affect coastal and island communities between Port McArthur and Mornington Island later today (local time) as the cyclone edges closer to the coast.

Heavy rain which may lead to flooding is occurring over the eastern Carpentaria District (NT) and Gulf Country District (Qld). Showers and thunderstorms with isolated heavy falls are possible over areas further inland, BOM warned.

Abnormally high tides are expected for the southern Gulf of Carpentaria coast over the next few days, but are not likely to exceed the highest tide of the year. Large waves may produce minor flooding along low-lying coastal areas.

Flood Watches have been issued for the Queensland Gulf Rivers and Northern Territory Carpentaria Coastal Rivers. 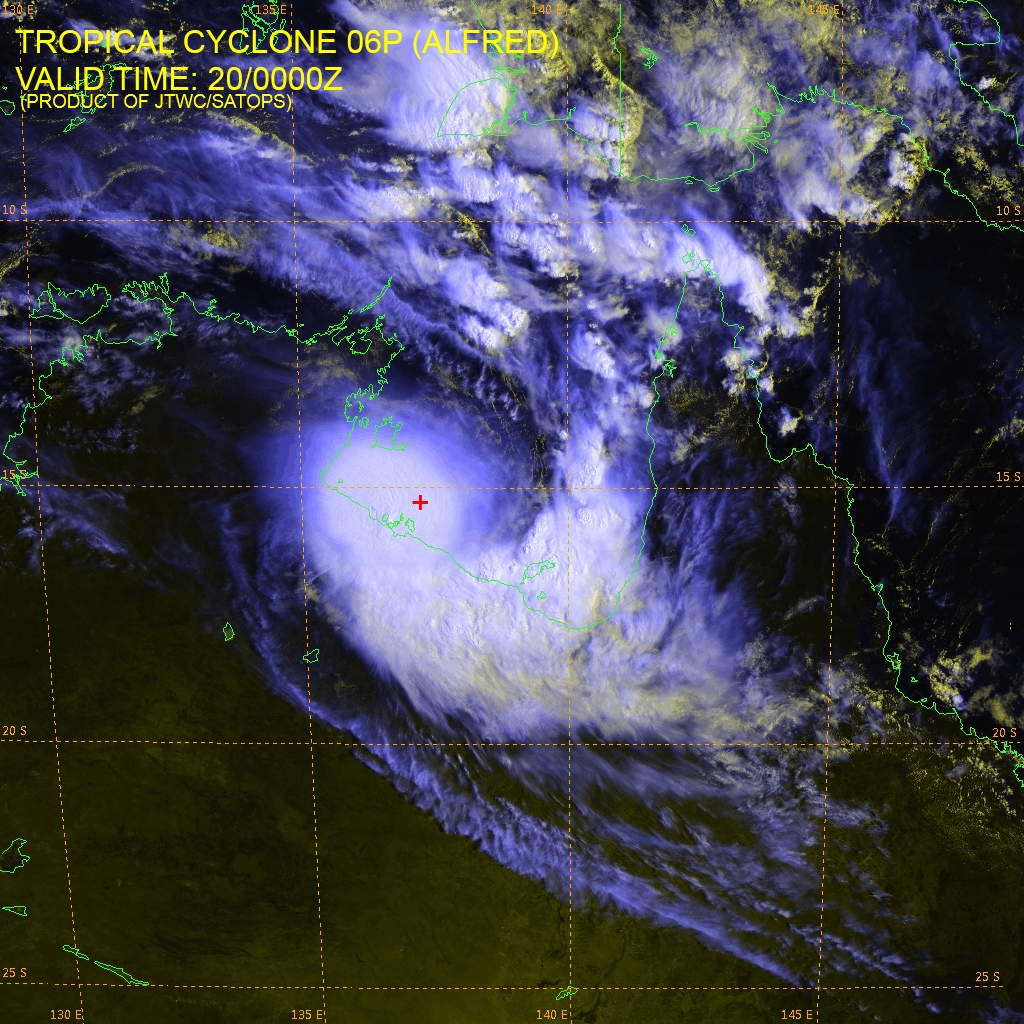 Many catchments of the Carpentaria Coastal Rivers are saturated from monsoonal conditions over the past two weeks and are responding strongly to further rainfall. Road conditions have been affected in many areas and some roads remain impassable. Some communities may remain isolated until conditions improve, BOM said.

Affected population is urged to closely monitor the Bureau’s website for the latest information through local media and follow the advice of local emergency services.