Tropical Storm "Kyant," formerly known as "03B,"developed from a depression 99B on October 25, 2016. The system was lingering over the Bay of Bengal over the last couple of days, before intensification. Further strengthening is expected over the next 36 hours and the storm will likely make landfall north of Chennai, India on October 27. 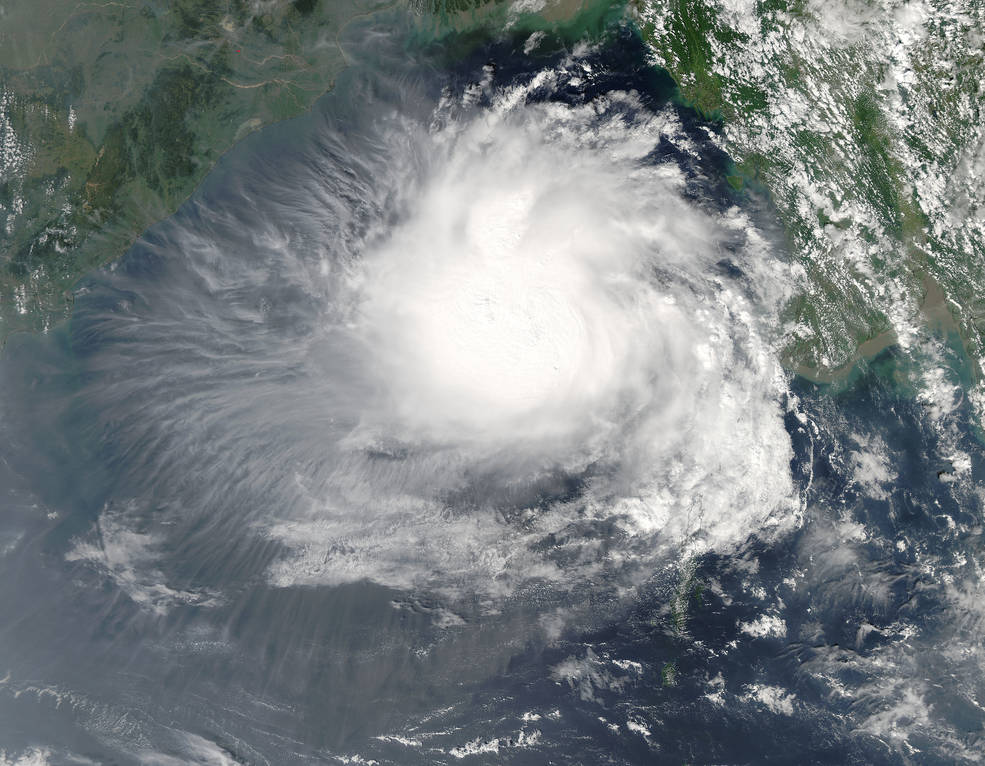 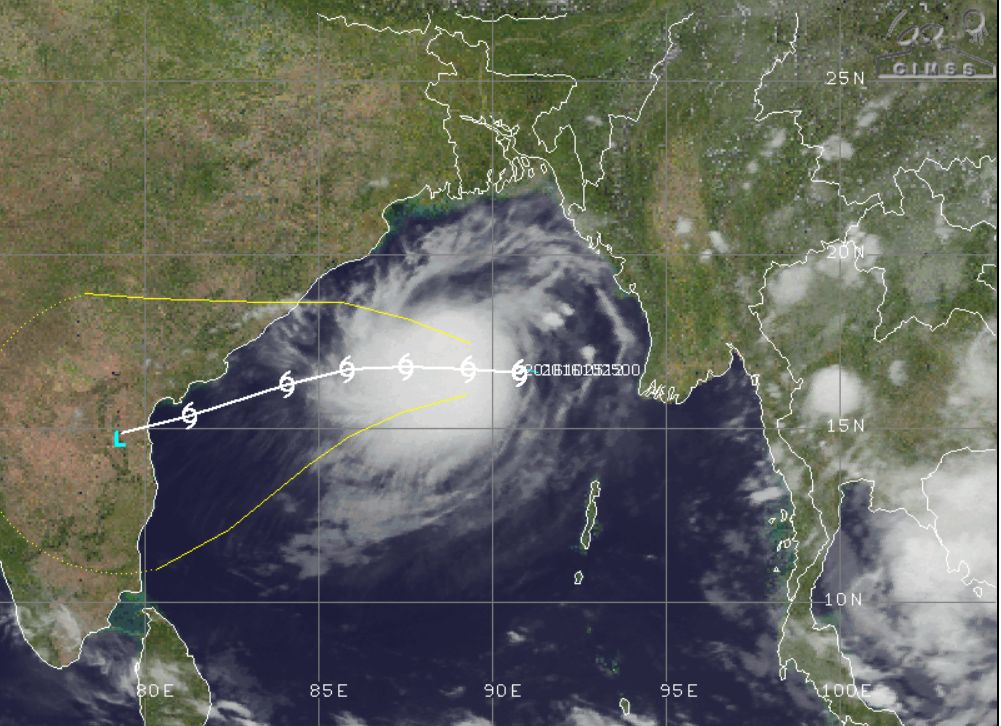 The tropical storm will intensify over the next 36 hours, and its maximum sustained winds will reach 111.1 km/h (69 mph) with gusts up to 138.9 km/h (86.3 mph). However, the system will start to weaken rapidly after the next 48 hours, as it begins to entrain dry air, encounters higher vertical wind shear values and interacts with land.

The JTWC forecasts the tropical cyclone will move west across the Bay of Bengal over the next few days, and make a landfall north of Chennai, India on October 27. 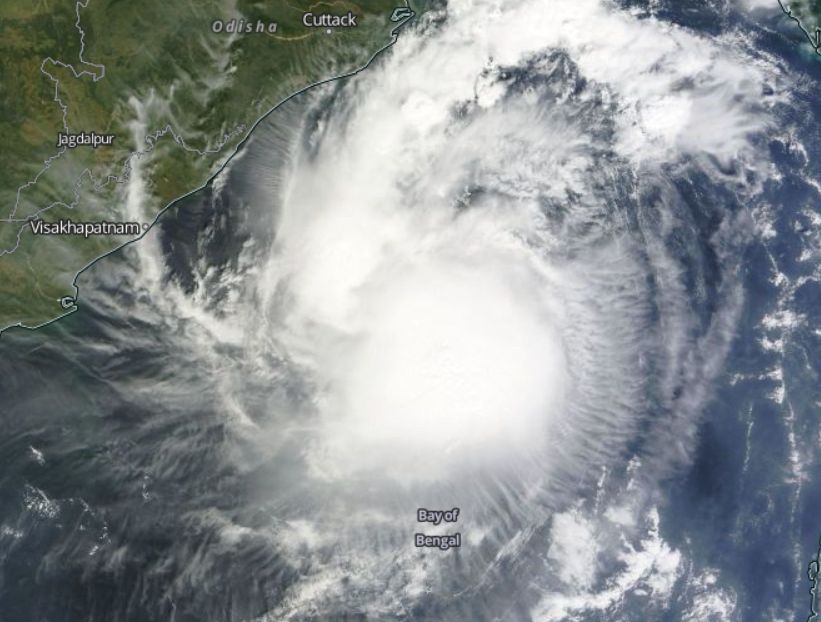 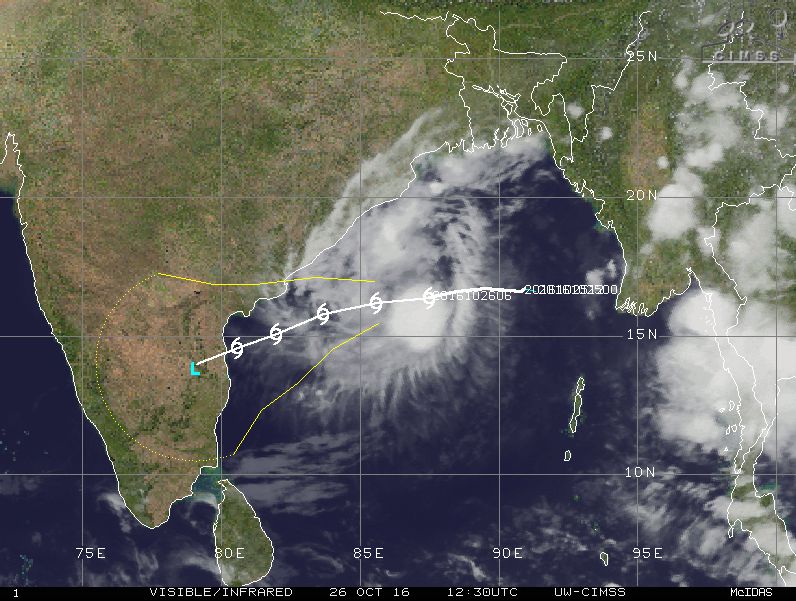 The system will intensify slightly as it approaches land.

IMD issued warnings for wind, sea condition and rainfall associated with the system.

Fishermen have been advised against going into sea along and off Andhra Pradesh coasts, as of October 17. Light to moderate rainfall is likely to affect the south coastal Andhra Pradesh on October 28 to 30 and over north coastal Tamilnadu from October 29 to 31.