Tropical Cyclone "Roanu," formerly known as "01B," is intensifying as it prepares to make landfall over Bangladesh on May 21, 2016. The system which developed from an intense low-pressure storm that already wreaked havoc across parts of India and Sri Lanka is set to continue causing heavy rainfalls, strong winds and storm surge across the coastal areas of Bangladesh and India. The local rescue and relief forces are on alert and are waiting for further development. 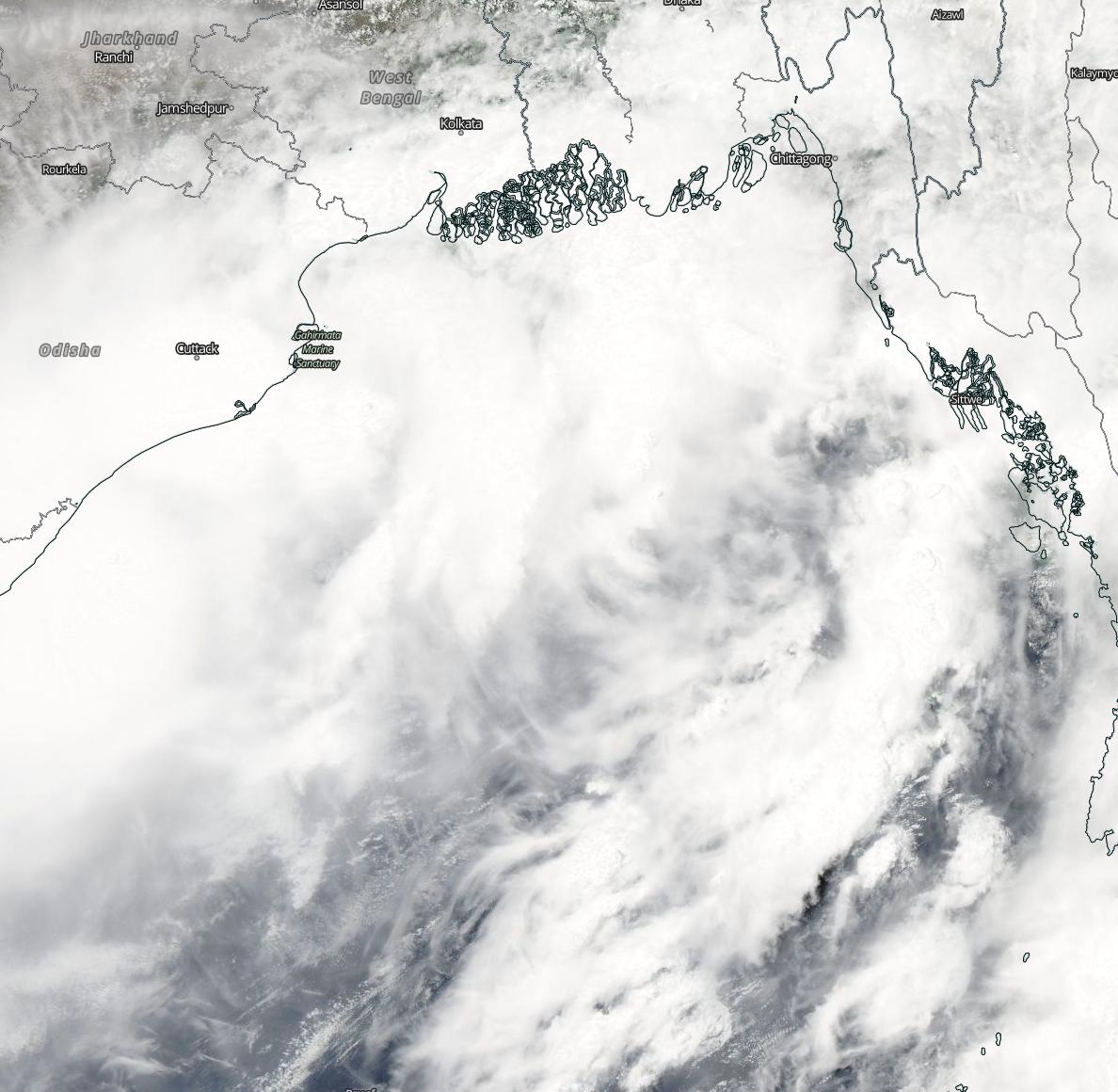 Tropical Cyclone "Roanu" over the Bay of Bengal, May 20, 2016. Image credit: NASA Aqua/MODIS 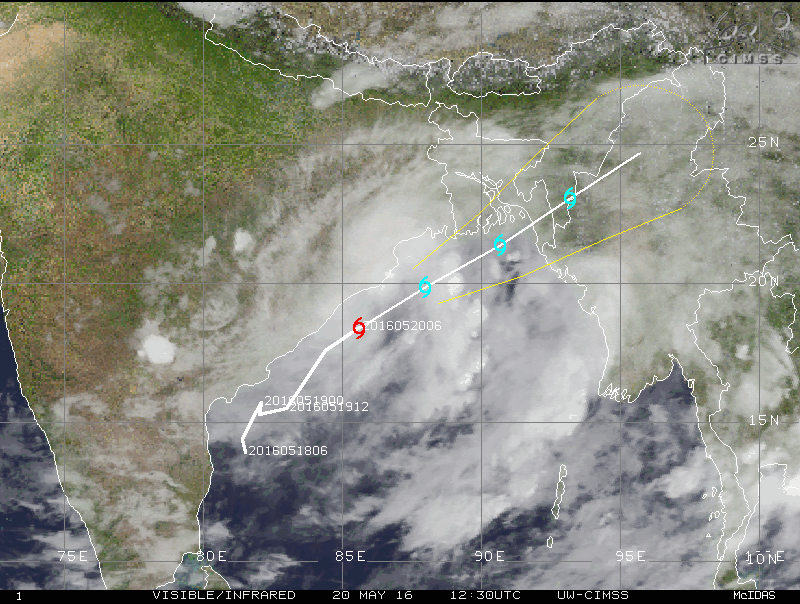 Over the next 12 hours, Roanu is expected to intensify further. The maximum sustained winds will reach 111.1 km/h (69 mph), and wind gusts will rise to 138.9 km/h (86.3 mph). Following the intensification, the system will weaken significantly over the next 48 hours as it makes landfall. The maximum sustained wind speeds are forecast to drop to 55.6 km/h (34.5 mph) with gusts up to 74 km/h (46 mph).

Tropical Cyclone "Roanu" is currently located in the marginally favorable environment and is expected to continue tracking northeastward throughout the next two days. It will weaken down as it starts to interact with the midlatitude westerlies, and dissipate over land after it makes landfall over the Chittagong division in Bangladesh in the coming 30 hours. 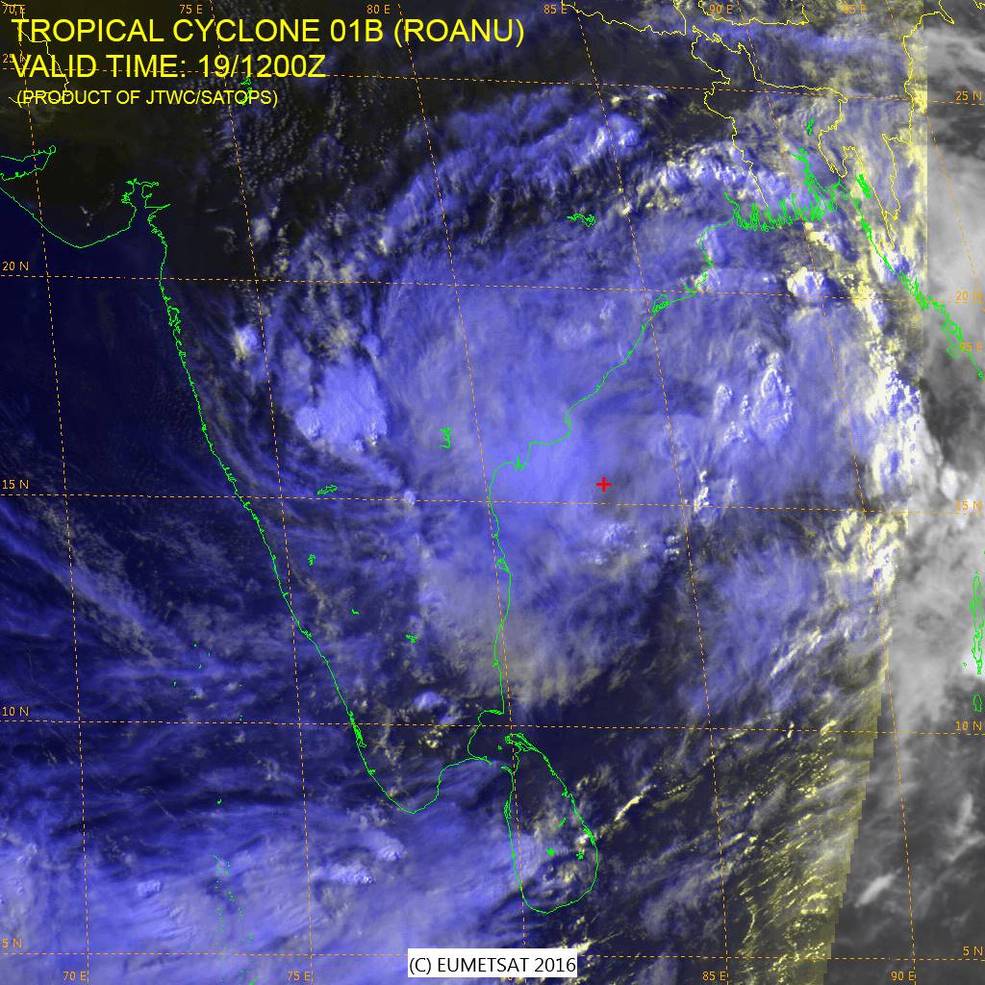 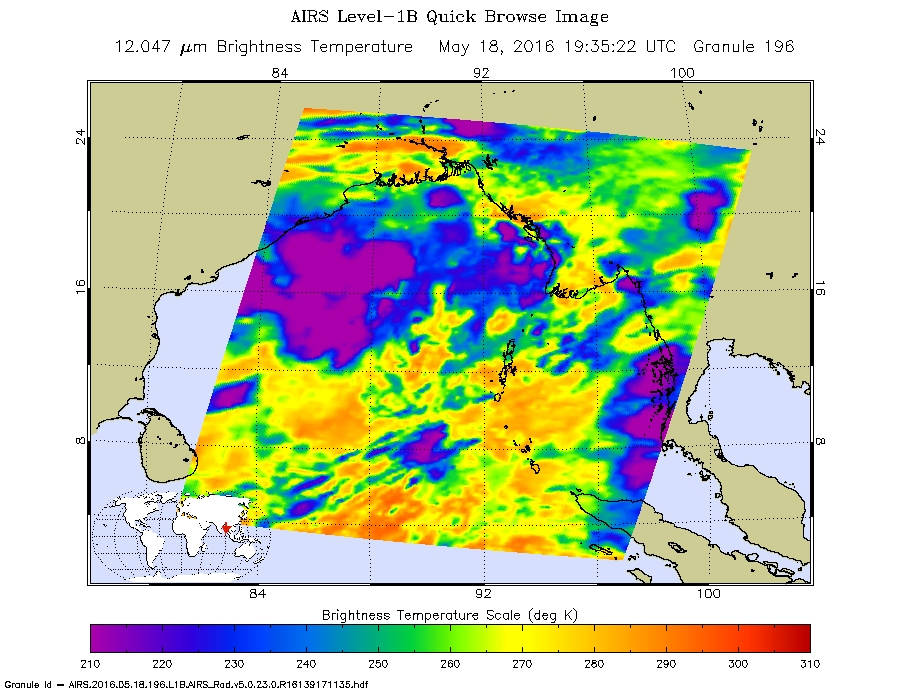 The AIRS instrument on the Aqua satellite captured this image of the tropical cyclone Roanu over India. Cloud top temperatures colder than -58.1 °C (-72.6°F) (in purple) in thunderstorms were recorded around Roanu's eye, May 18, 2016. Image credit: NASA Goddard MODIS Rapid Response

Roanu already wreaked havoc across India and Sri Lanka, causing deadly landslides and flooding over the last couple of days, before it developed into a tropical cyclone.

The national authorities in Sri Lanka reported more than 428 000 affected people over 22 districts. As of May 20 (UTC), 58 people died, and over 300 000 had to be evacuated. Search and rescue efforts conducted by the military forces have assisted more than 20 000 people so far, and 610 safety centers have been opened. Emergency assessments are currently being carried out by the Sri Lanka Red Cross Society in Matara, Anuradhapura, Kurunegala, Mannar, Kegalle, Kandy, and Colombo.

Delhi, India, so far under the impact of a prolonged and intense heat wave, experienced a 2-3 °C drop in temperatures over the last 24 hours, as the prevailing westerly winds were replaced by strong easterly winds from the Tropical Cyclone "Roanu". According to Mahesh Palawat, the chief meteorologist at Skymet Weather, the easterly winds are abundant in moisture and have, thus, contributed to increasing the humidity levels across Delhi and other portions of North India. High temperatures combined with the high moisture levels could trigger dust storms and thunderstorms across the affected areas over the next two days. 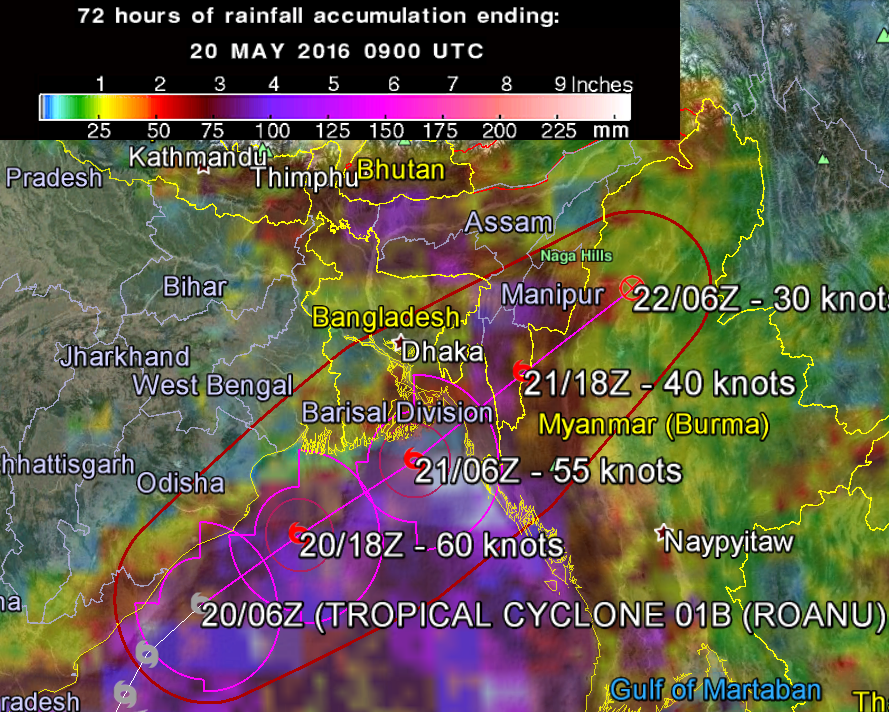 The Indian Meteorological Department (IMD) has issued a cyclone alert for the coastal states of Andhra Pradesh and Odisha, and the Government of Odisha issued a warning for 12 districts. Teams of the Odisha Disaster Rapid Action Force (ODRAF) and fire services have been put on high alert, as well.

Southern Bangladesh and western Myanmar will experience heavy rainfall and strong winds while a storm surge of 1.5 m (4.9 feet) is expected to hit the coastal area of Kutudbia in Bangladesh on the morning of May 21 (UTC). The coming severe weather conditions are especially worrying for displaced people along the coastlines of Cox's Bazar in Bangladesh, and Rakhine State in Myanmar.

Although the government of Sri Lanka decided not to declare a state of emergency, the country can expect more moderate rainfall across the southwestern parts over the next 24 hours.