Tropical Cyclone "Vardah" formed on December 7, 2016, in the southeastern Bay of Bengal. The, currently, slow-moving storm is eyeing the south-central India and is expected to make landfall on December 12. Heavy rainfalls, strong winds, and rough seas are expected, and residents have been warned accordingly. 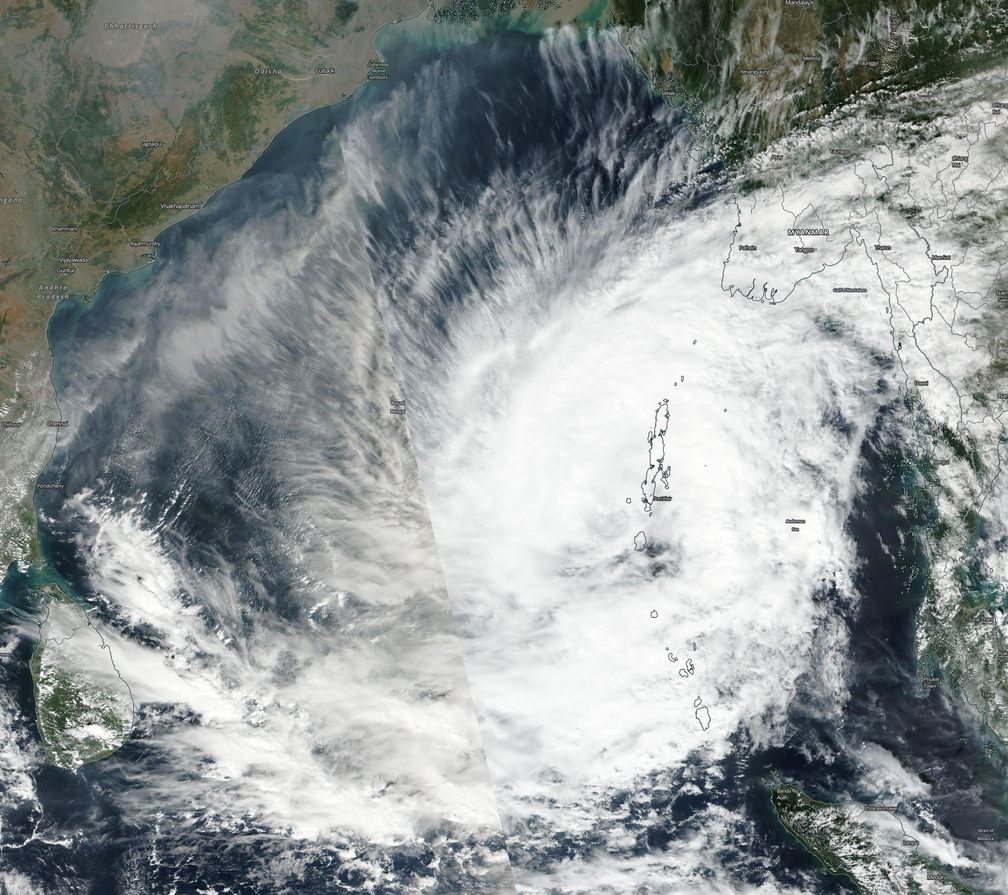 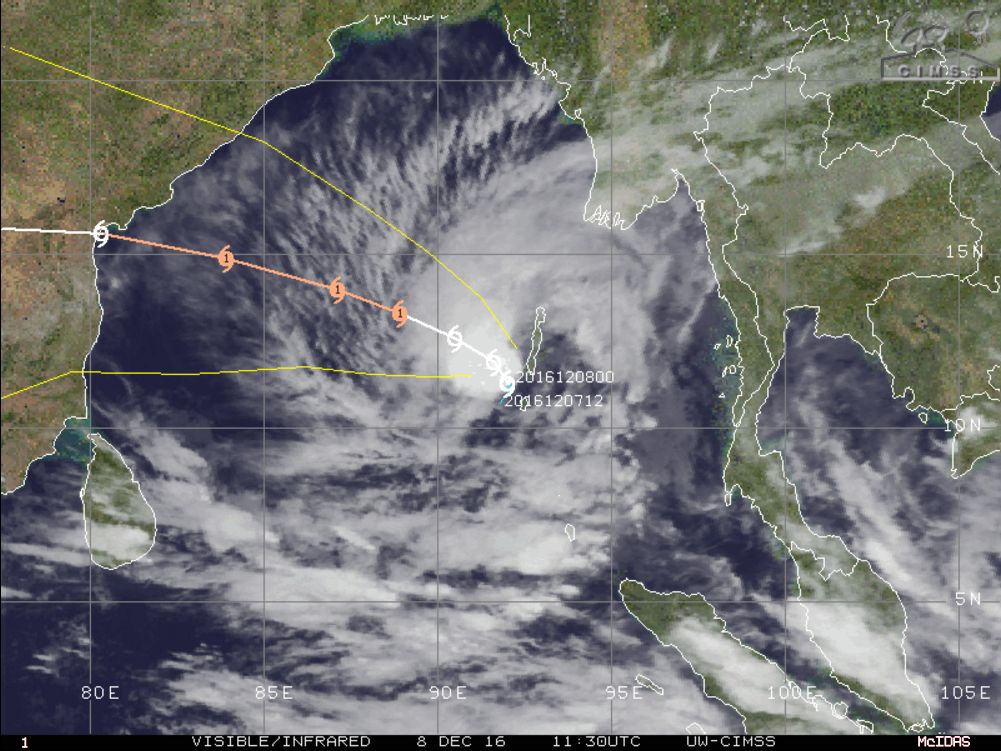 Over the next 48 hours, Vardah is expected to intensify into a very severe cyclonic storm, equivalent to a Category 1 hurricane on the Saffir-Simpson hurricane wind scale. Its maximum sustained winds will reach 129.6 km/h (80.5 mph) with gusts climbing to 157.4 km/h (97.8 mph). After that, the cyclone will start to weaken down again as it approaches the eastern coast of south-central India.

Vardah is expected to make landfall over the Andhra Pradesh coast between Nellore and Kakinada around afternoon or evening of December 12 (local time), according to the India Meteorological Department (IMD). Rapid dissipation is expected following the landfall, due to land interaction with rugged terrain.

ICYMI: organzing tropical invest 99 across the Eastern Bay of Bengal, models generally agree on a nw track towards India next 5 days pic.twitter.com/ojIJVD1Rrz

@IMD_Weather Still to be named Cyclone #Vardah to be made landfall b/w Machilipatnam & Kakinada at AP on Monday Dec.12 pic.twitter.com/zS8IqsmRxJ

The IMD has advised the fishermen not to venture into sea along and off the Andaman Islands and the neighboring seas over the next 24 hours. The seas at the Nicobar Islands and the adjoining seas should be avoided over the next 12 hours. Fishermen are also urged not to venture into seas along and off Andhra Pradesh as of December 10 (local time), and to return to the coast by the date, if currently at sea.