Nada developed into a tropical cyclone on November 30, 2016, from a tropical depression over the southeastern Bay of Bengal. The cyclone is approaching India and will make landfall in the eastern part of the country over the next 36 hours. Heavy local rainfall and strong winds will start to affect the coastal regions of Tamil Nadu and Puducherry in the evening hours of November 30 (local time). 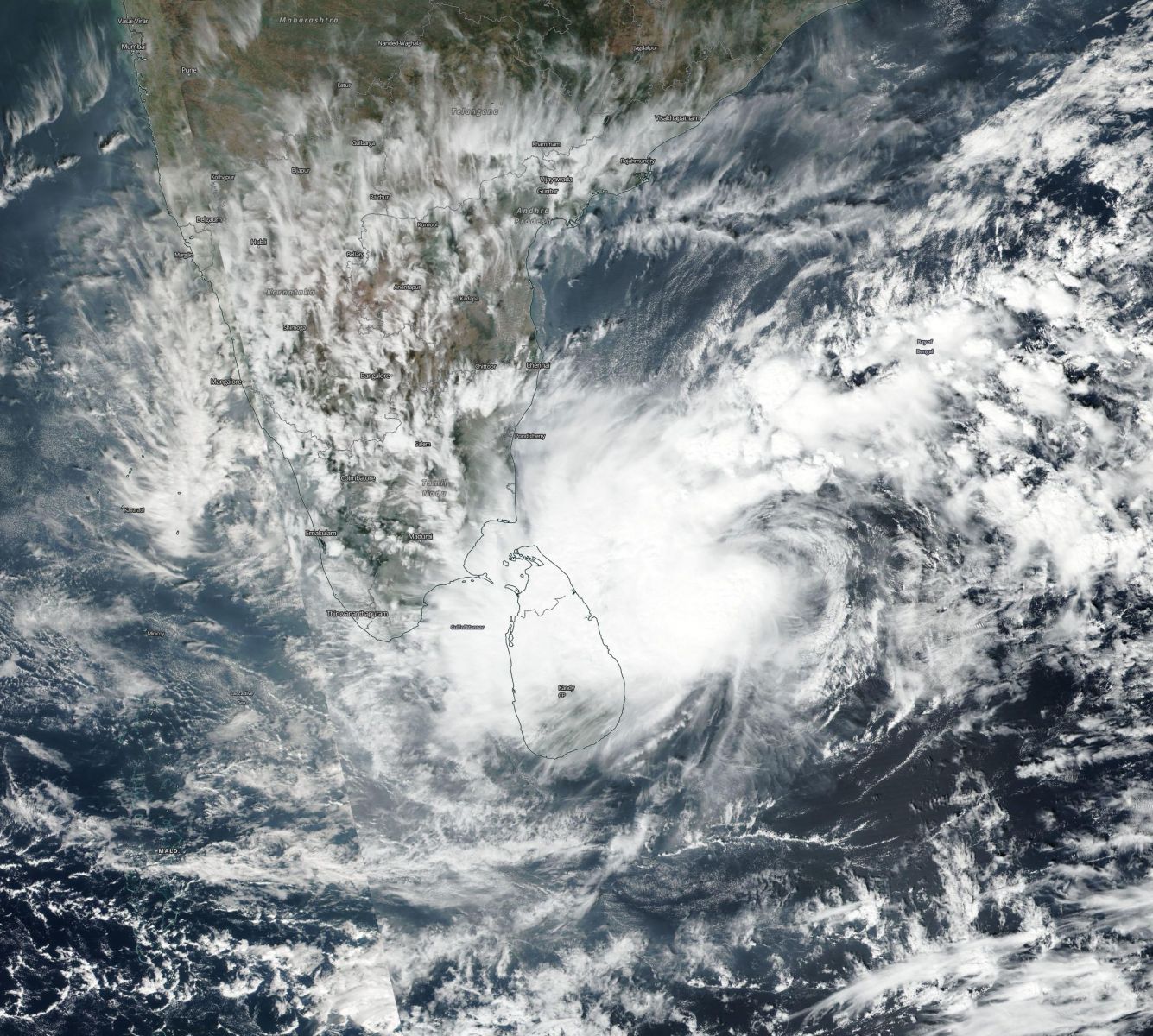 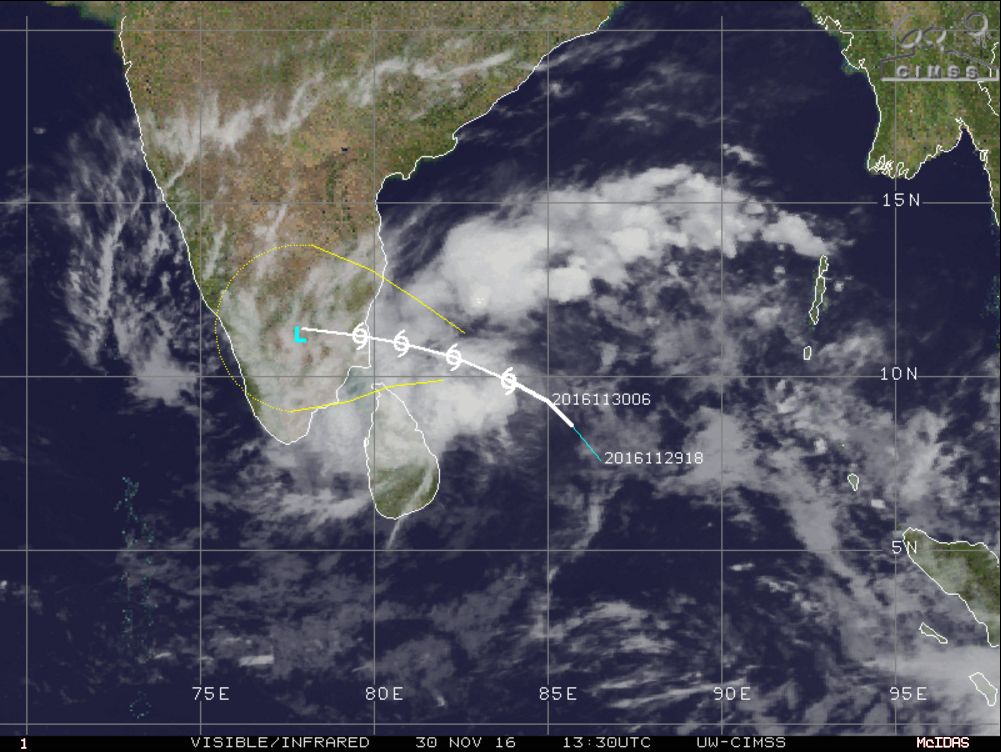 Some intensification is expected over the next 12 hours, as the cyclone progresses toward southern India. Maximum sustained winds will climb to 92.6 km/h (57.5 mph) while wind gusts will reach 120.4 km/h (74.8 mph). After that, Nada will start to weaken.

The cyclone will make landfall over the eastern coast of India over the next 36 hours. Following the landfall, Nada will move inland and dissipate due to the interaction with the rugged terrain. Its remnants may emerge over the Arabian Sea, and some models suggest there might be some potential for re-intensification.

According to the Indian Meteorological Department (IMD), light to moderate rainfall will likely start affecting coastal Tamil Nadu from the evening of November 30 (local time). The rainstorms will intensify to heavy and very heavy at several locations over the coastal Tamil Nadu and Puducherry. Isolated heavy and very heavy rainfalls are expected over the inner Tamil Nadu on December 1 and 2. Light to moderate rainfall with occasional isolated heavy downpour will affect Kerala on December 2 and 3.

Winds between 45 and 55 km/h (27.9 and 34.2 mph) with gusts up to 65 km/h (40.4 mph) will begin to affect the coasts of Tamil Nadu and Puducherry on December 1. Some infrastructural damage may occur, including damage to power and communication lines. Paddy crops, banana, papaya trees and orchards will also likely sustain some damage.

IMD has advised the local fishermen to not venutre into sea along and off the coasts of Tamil Nadu and Puducherry, as of November 30 while those currently at sea are urged to return as soon as possible.

The 2016 North Indian Ocean cyclone season is currently unfolding. Generally, the cyclones form in the period between April and December and peak between May and November. Nada is the third cyclonic storm that formed in the current season.