Severe Cyclonic Storm "Vardah" slammed into India on December 12, 2016. The significant weakening, expected prior to landfall, didn't happen, and the system hit Chennai as a Category 1 hurricane, with winds reaching 140 km/h (87 mph) and intense rainfall. National Disaster Management Authority reports that at least 10 people have died in Tamil Nadu.

Vardah crossed north Tamil Nadu coast close to Chennai between 15:00 and 17:00 on December 12, according to the India Meteorological Department (IMD). 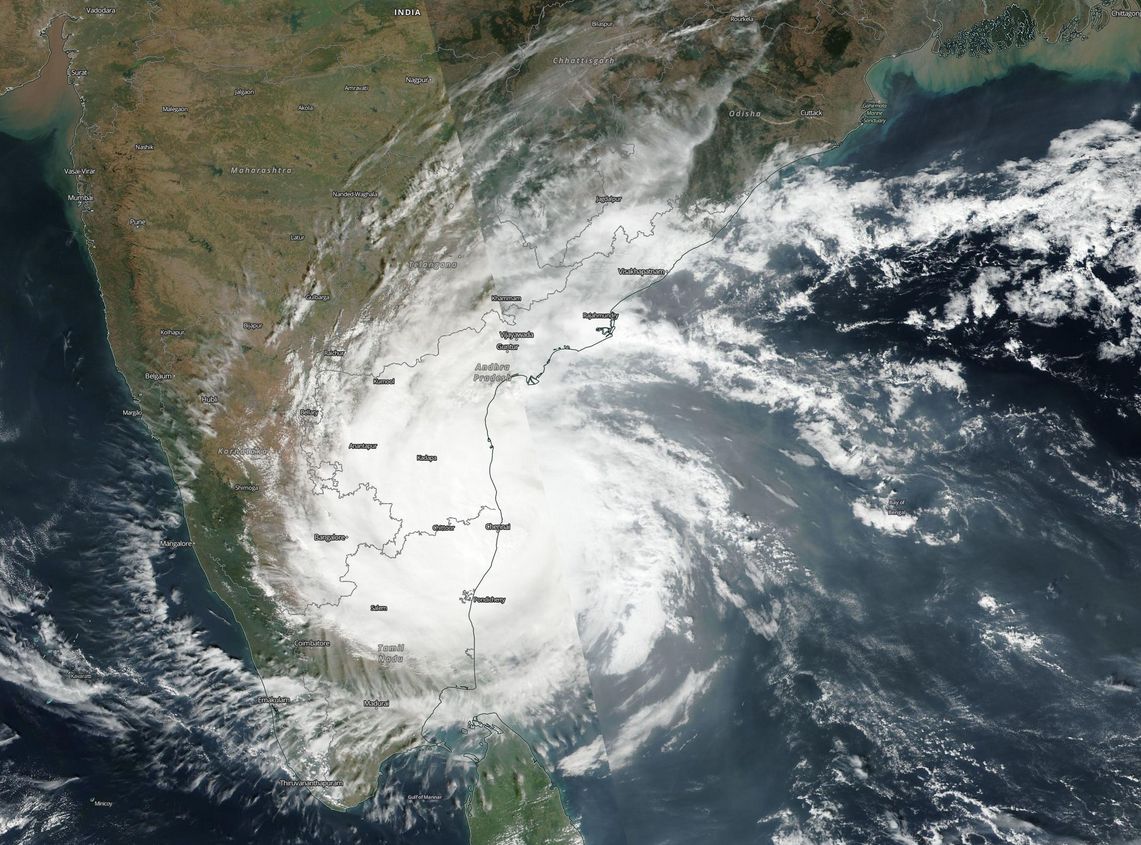 The worst of the storm seems to be over, as the wind speeds reduced to 15-25 km/h (9.3-15.5 mph) by the evening of December 12 (local time). Further rainfall is still expected in Chennai, Tiruvallur, Kancheepuram, and Villupuram districts over the next 24 hours, although significantly weaker, in a light to moderate range.

According to meteorologists, another storm system could form over the Bay of Bengal in about a week.