Tropical Cyclone 02A (Two) has formed in the Arabian Sea on June 27, 2016. After extremely dangerous Tropical Cyclone "Roanu," 02A is the second tropical cyclone of the 2016 North Indian Ocean cyclone season.

The initial JTWC forecast calls for slight intensification, up to 111 km/h (69 mph) by 12:00 UTC on June 28, and dissipation over water within the next 36 hours. The next tropical cyclone name for this basin is Kyant. However, the official RSMC (New Delhi, IMD) has not yet assigned it. Some models suggest weakening within the next 24 hours. 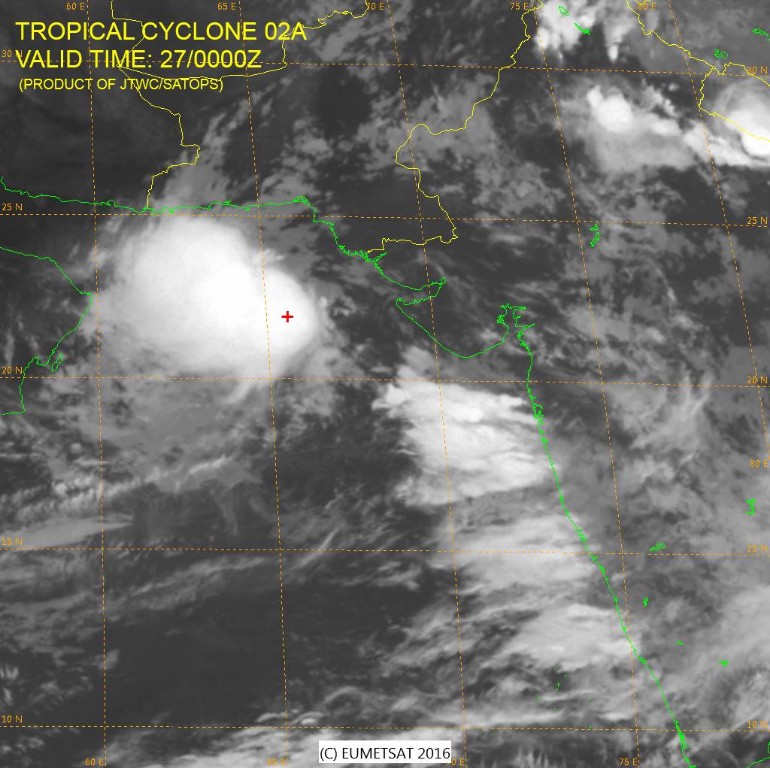 Over the next 24 hours, a mid-latitude trough is expected to approach and weaken the steering ridge causing a shift to a more northwesterly track.

After 48 hours, steering will be assumed by a large ridge building over central Africa, causing TC 02 to turn southwestward. Good outflow will offset moderate vertical wind shear to allow for modest strengthening within the next 36 hours. After that, vertical wind shear and outflow conditions are expected to become less favorable, leading to dissipation over water. 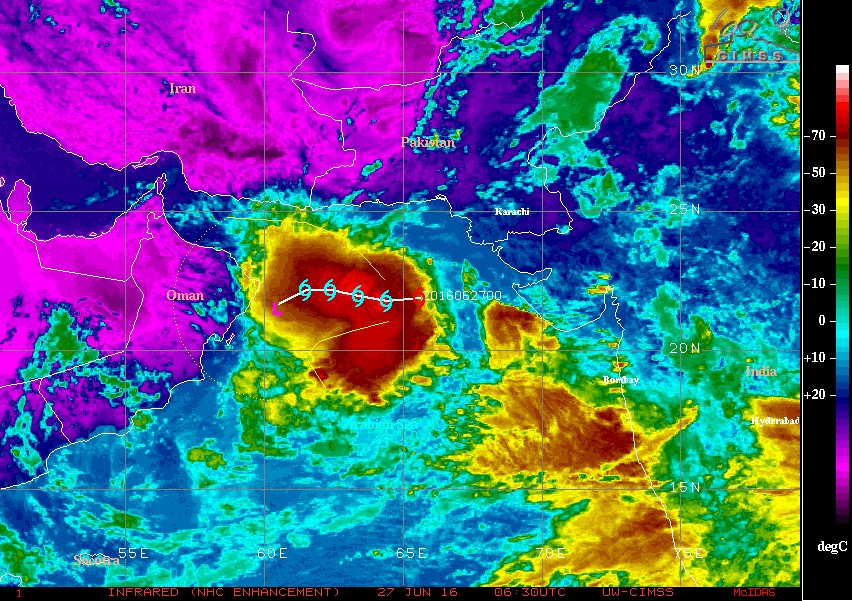