The center of Tropical Depression 97W, locally known as Ambo, is heading toward landfall over the Aurora province, Luzon, Philippines on June 26, 2016. Landfall is expected late UTC Sunday, June 26 / early June 27. The system is bringing moderate to heavy rainfall and the threat of flashfloods and landslides. It is possible this system will strengthen into a tropical storm once it emerges over the South China Sea.

Estimated rainfall amount is from moderate to heavy (2.5 to 10 mm per hour; 0.9 to 0.4 inches) within the 200 km (124 miles) diameter of Ambo. Likewise, occasional moderate to heavy rain is expected over Northern and Central Luzon, Calabarzon and Bicol Region. 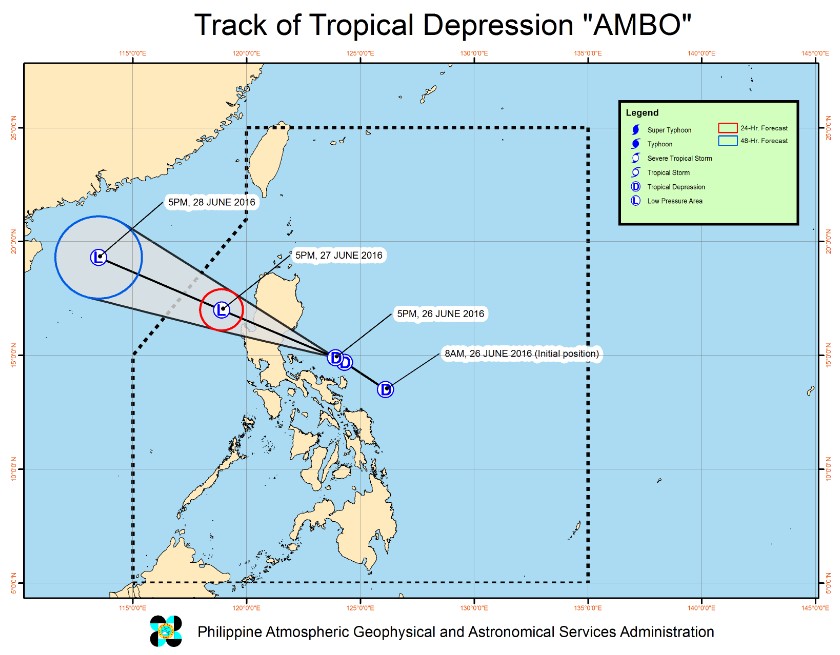 Ambo is expected to weaken after making landfall over Aurora province early PHT morning on June 27 (PHT is UTC +8 hours).

The public and the disaster risk reduction and management council concerned are advised to take appropriate actions, PAGASA said. 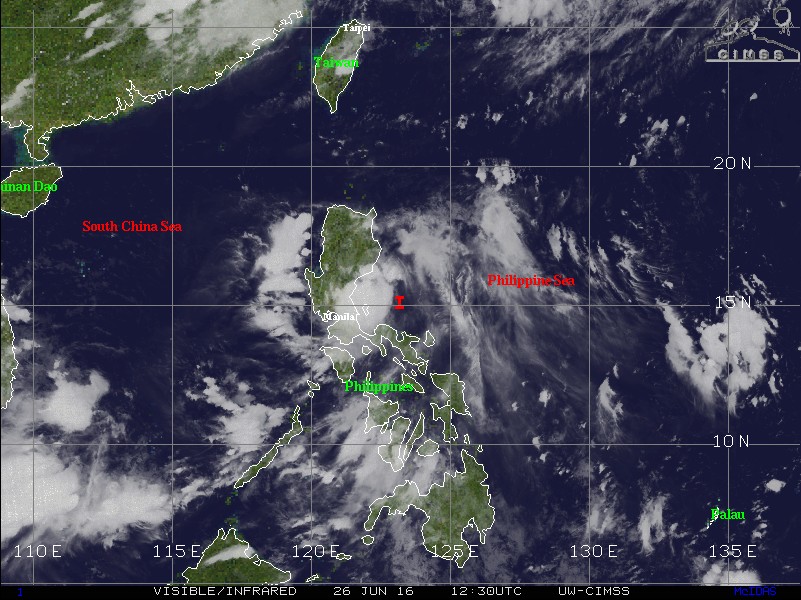