The deadly storm that formed late last week and dropped large amounts of rain on Sri Lanka and neighboring India has transitioned from the monsoonal type pattern to a more characteristic tropical structure on May 18, 2016. This storm is responsible for record-breaking rainfall and numerous deadly landslides in Sri Lanka and India since May 14.

The depression over the southwest Bay of Bengal moved nearly northwards late May 17 and was centered about 90 km (56 miles) E of Chennai, India and about 70 km (43.5 miles) from the coast of India as of 00:00 UTC on May 18, RSMC New Delhi reports.

The system is likely to move north-northwestward and intensify into a deep depression during the next 24 hours and further into a cyclonic storm during the next 48 hours, the agency said at 03:00 UTC today.

At the time, the maximum sustained surface wind speed was estimated to be about 44.5 km/h (27.6 mph) gusting to 65.8 km/h (40.3 mph) around the system center. The state of the sea is very rough around the center. Estimated central pressure is about 998 hPa. 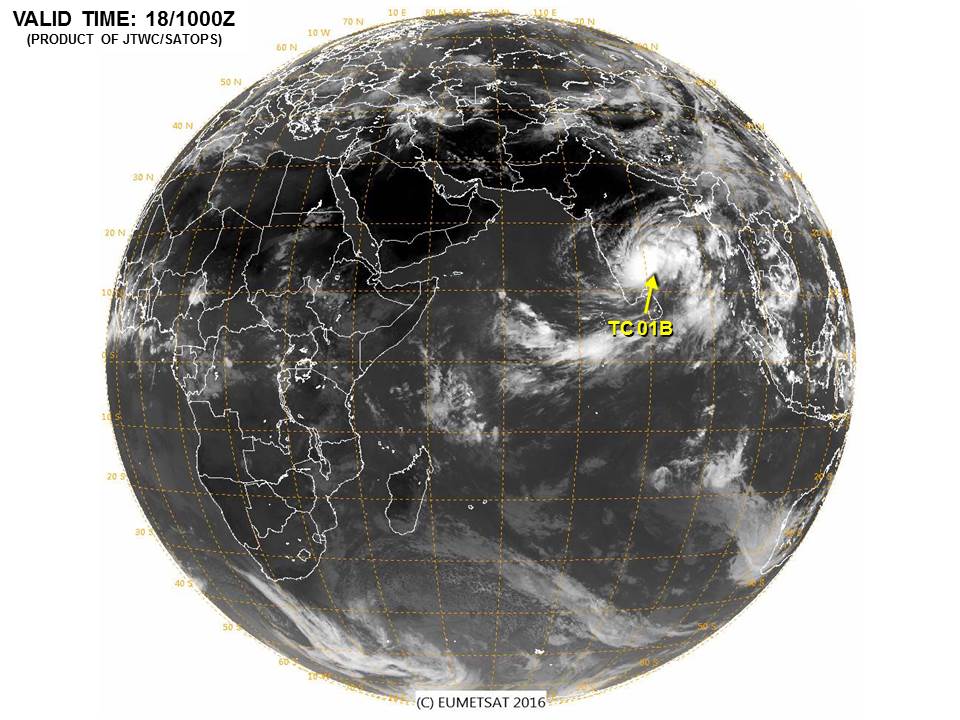 4. Action suggested: Fishermen are advised not to venture into sea along & off Tamil Nadu & Puducherry and south Andhra Pradesh, Kerala coasts and Lakshadweep area during next 48 hrs. 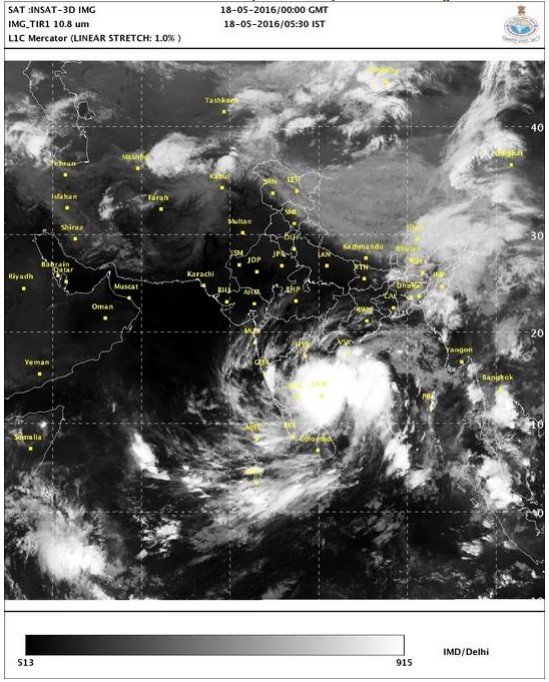 The animated multispectral imagery depicts a broad cloud shield consolidating over a developing low level circulation center. At 06:00 UTC, TC One had maximum sustained winds of 74 km/h (46 mph) with gusts to 92.6 km/h (57.5 mph).

TC One is expected to turn northeastward over the next 12 hours as a near equatorial steering ridge builds over the Malay Peninsula. Robust radial outflow, moderate (37 km/h / 23 mph) vertical wind shear, and warm sea surface temperatures should allow the system to intensify over the next 24 to 36 hours.

After about 48 hours, the near equatorial steering ridge is expected to reorient and move equatorward and the system will begin to become embedded within a passing midlatitude trough.

The unfavorable environment within the trough coupled with anomalously low sea surface temperatures will lead to dissipation trend over the northern Bay of Bengal prior to landfall. Since this is the first warning on this system, there is a low confidence in the JTWC forecast track at this time. 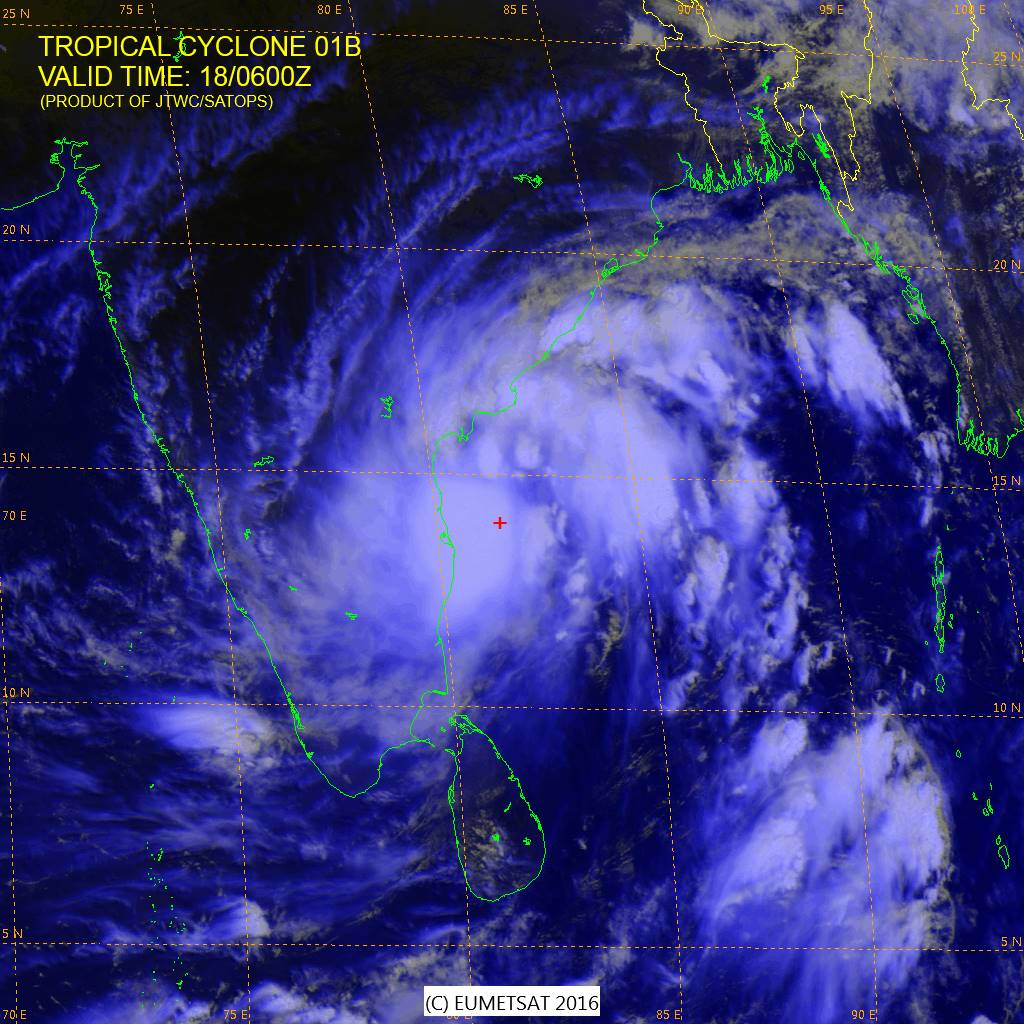 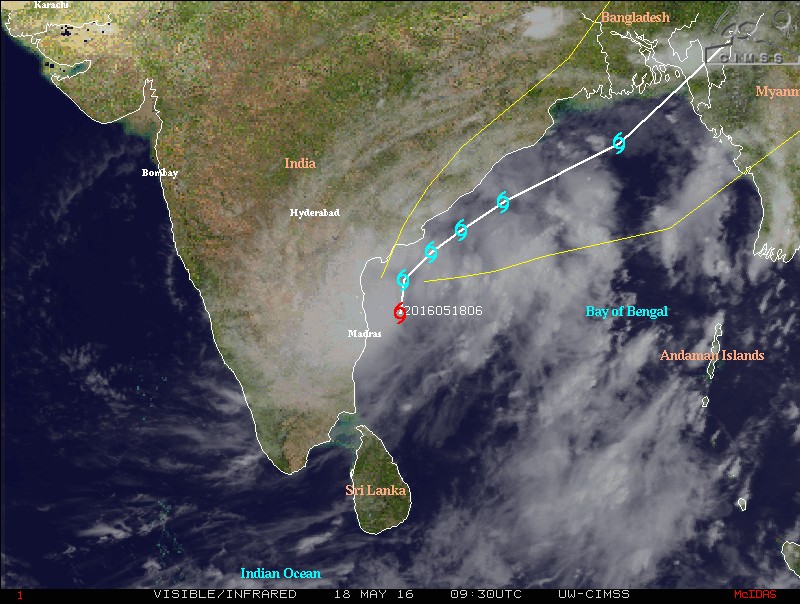 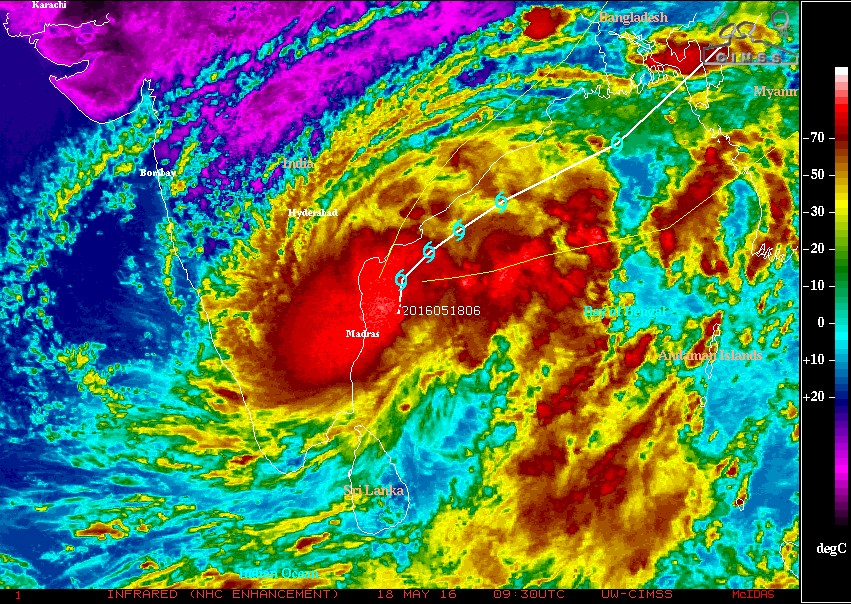 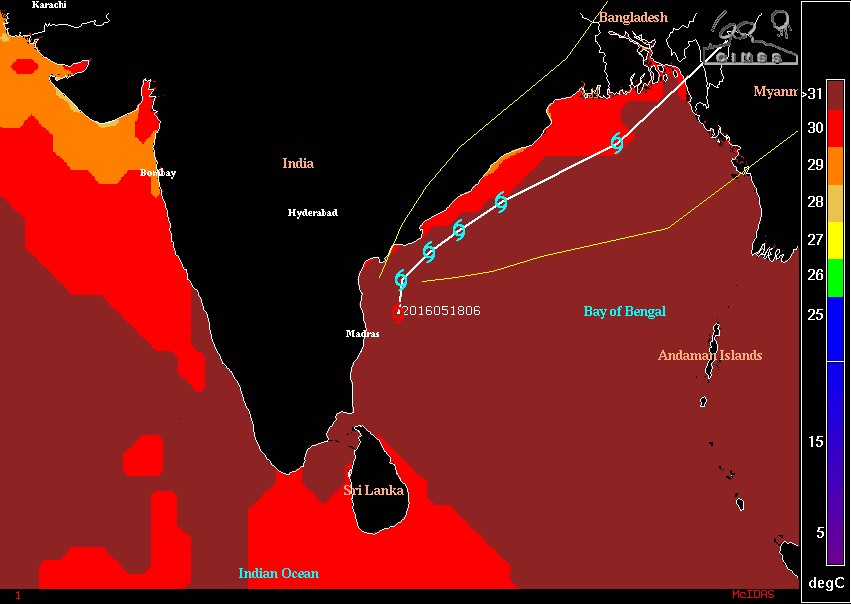