Torrential rainfalls that have been sweeping portions of India for the last couple of days triggered deadly landslides in the districts of Karimganj and Hailakandi, Assam in Northeast India on May 18, 2016. Ten casualties have been reported so far.

According to the local police, a landslide at Sonachirra in Karimganj district killed five people by burying a house situated on the edge of a local hill. 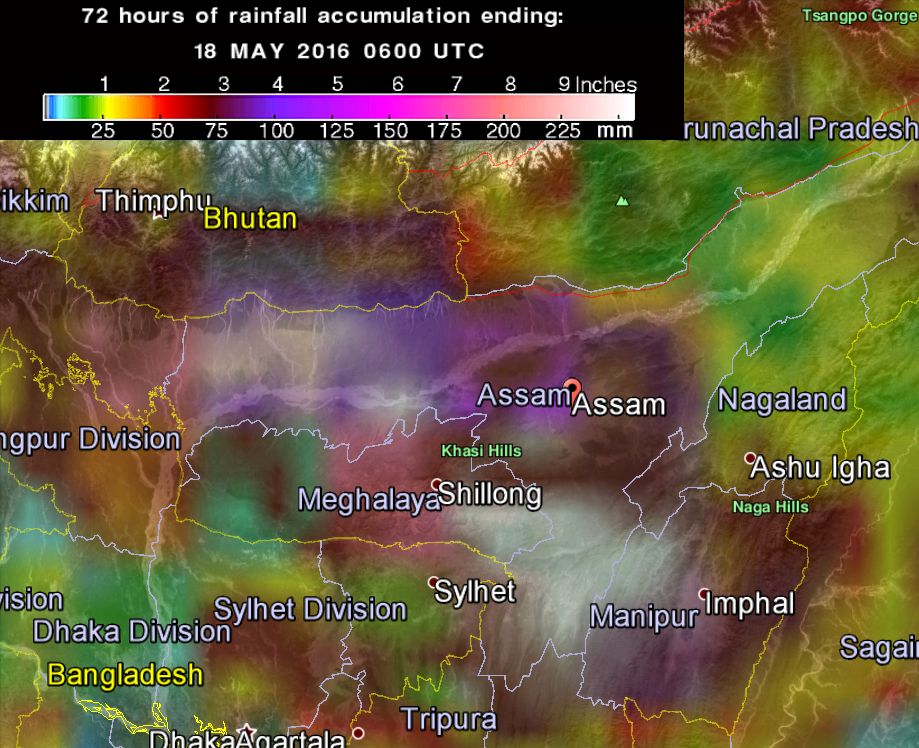 Two landslides were reported in the Hailakandi district, where four people, including a child, were killed after the debris collapsed on two houses during the early morning (local time) while the residents were sleeping. The NDRF and local police have since been engaged in the relief and rescue operations.

Ten people dead in Assam due to landslide: https://t.co/0OCHZYJdX7

Two landslides were reported in the Hailakandi district, where four people, including a child, were killed after the debris collapsed on two houses during the early morning (local time) while the residents were sleeping. The NDRF and local police have since been engaged in the relief and rescue operations.

According to media reports, heavy downpours and landslides severely affected the railways in southern Assam, Tripura, Manipur, and Mizoram.

"Railway workers have been working round-the-clock to clear the debris in many places in southern Assam's Dima Hasao district. The huge mudslides together with stones covering a large portion of railway tracks at Fidhing and other places are being cleared," said a Northeast Frontier Railway (NFR) official. It could take between three and four days to reopen the railways and clean the accumulated debris.