The fifth tropical cyclone of the Northern Indian Ocean season formed in the Bay of Bengal early on November 6, 2014.

Relatively high sea surface temperatures and moderate vertical wind shear will help it maintain strength and slightly intensify over the next two days as it drifts toward India in the central Bay of Bengal. It is expected to reach moderate tropical storm strength with maximum sustained winds of around 85 km/h (53 mph). 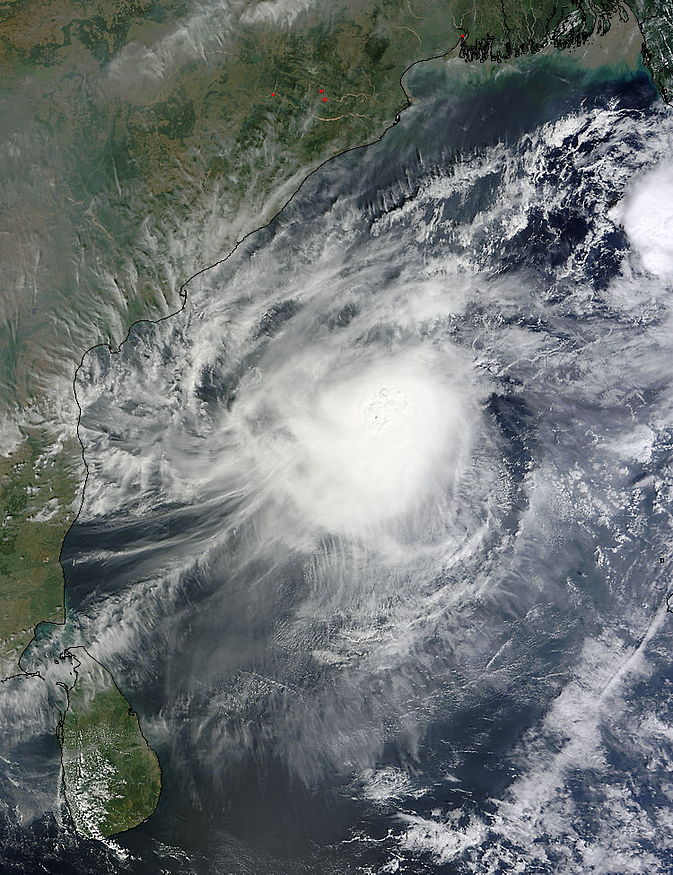 Terra/MODIS satellite captured image of Tropical Cyclone 5B in the Bay of Bengal at 05:05 UTC on November 6, 2014. (Credit: NASA Goddard/MODIS/LANCE Rapid Response Team) 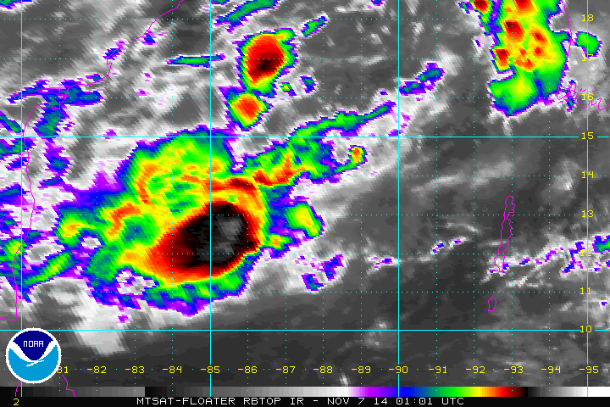 Dry air mass ahead of the cyclone will cause it to rapidly weaken before landfall. JWTC forecasters expect Tropical Cyclone 5B to move more westward and make landfall near Chennai on November 9. Very rough sea conditions will affect Andaman Islands during next 12 hours and off Andhra Pradesh coast on November 8/9, 2014. 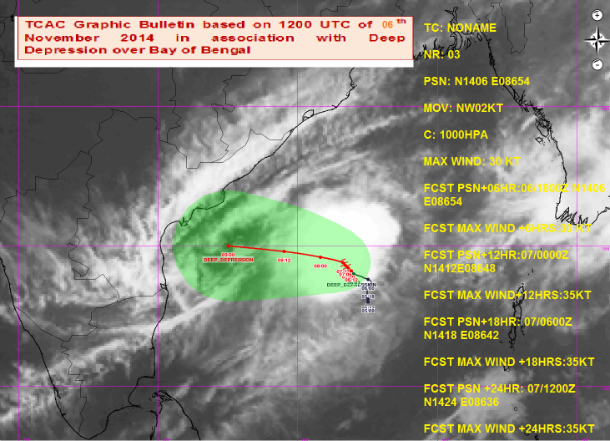 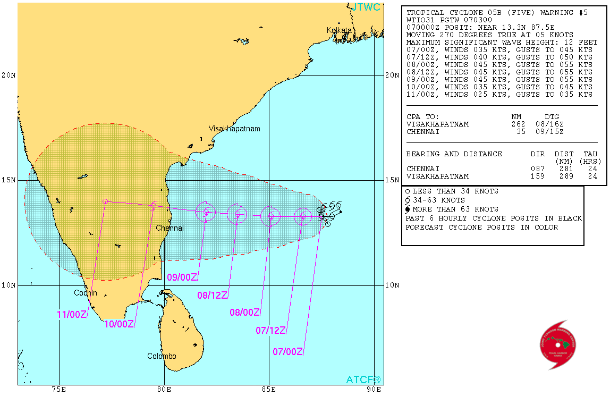 Another, more dangerous cyclone may form next week in Gulf of Thailand. That system is expected to strengthen in the Andaman Sea early next week. Eastern India may face a tropical cyclone impact around the middle of next week.

Heavy and potentially flooding rain from the system will spread across southern Thailand and northern Malaysia. Flooding rain will also impact Andaman Islands as the system gains more strength. 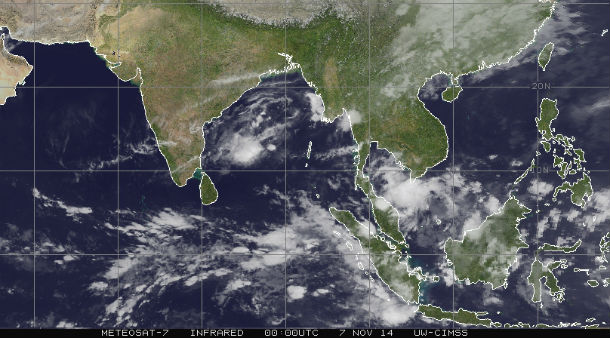 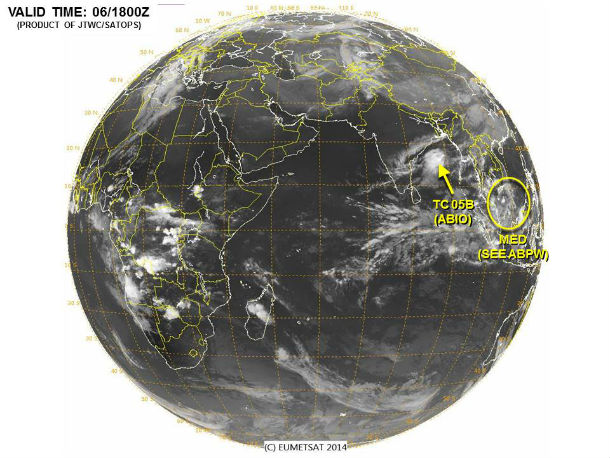