Overall, the population in this region resides in structures that are vulnerable to earthquake shaking, though some resistant structures exist. Recent earthquakes in this area have caused secondary hazards such as landslides and liquefaction that might have contributed to losses.

Geoscience Australia said the tremor could have been felt by people up to 836 kilometers away from its epicenter off the sparsely populated west coast of the island of New Britain, while damage could have been caused within a 67 kilometer radius.

There were no immediate reports of damage. 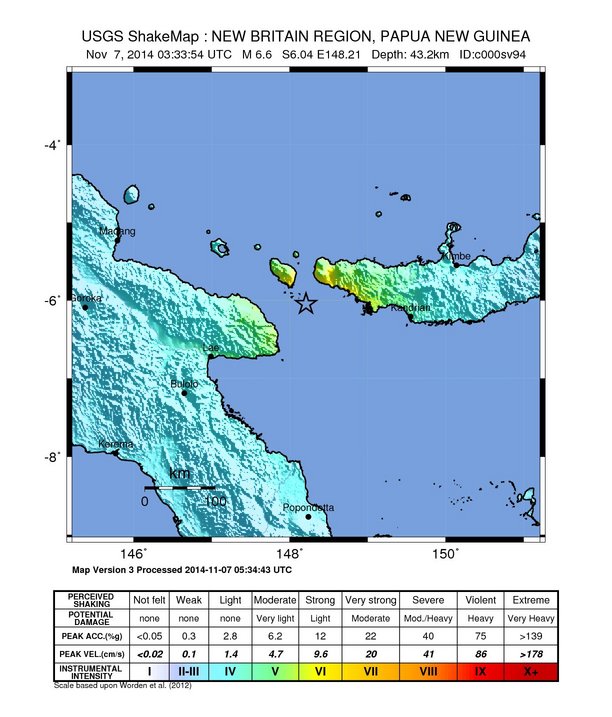 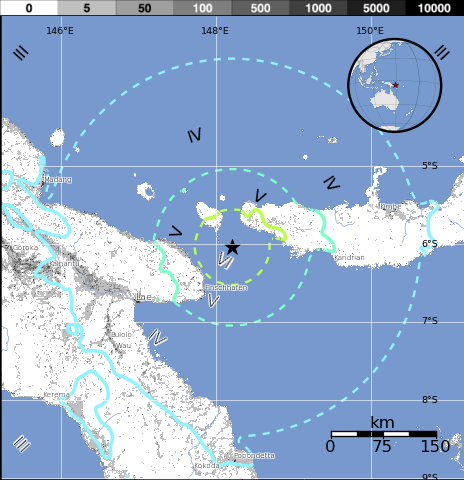