Tropical depression "Aere" was re-born on October 13, 2016, prior to making a landfall in central Vietnam. The storm brought heavy rainfall to the affected areas and caused flooding around the Hue city. One person went missing.

Tropical Depression 22W, named Aere formed northeast of the northern Philippines on October 5 and dissipated in the South China Sea on October 11. However, this tropical system unexpectedly came back to life by October 13, a phenomenon not unknown, but still unusual. 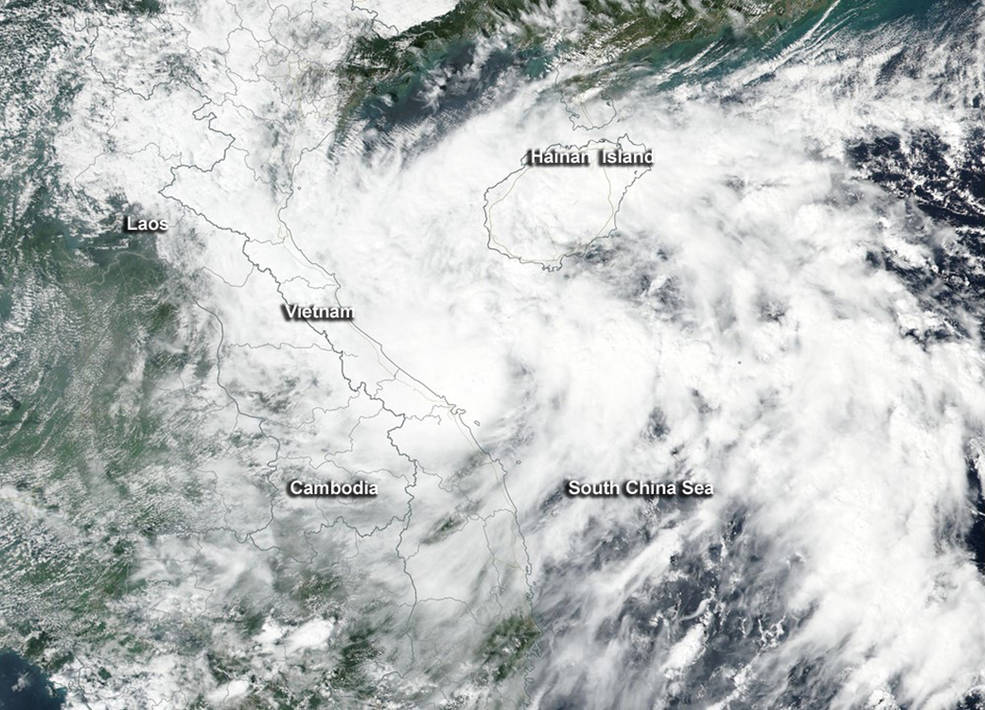 A re-born "Zombie" storm Aere made landfall in central Vietnam near the city of Hue later on October 13, as a tropical depression. The area was hit by heavy rainfall which caused floods across the affected areas, as 224 mm (8.8 inches) of rainfall was reported in a 24 hour period on the day.

Local media reported flooding around the Hue city and damage in Thù'a Thiên-Huê Province on October 14. One person was reported missing.

The combination of Aere's remnants and the northeast Monsoon will likely bring heavy rainfall to the neighboring provinces in central Vietnam, from Thankh Hoa to Quang Nai over the next day or two. Lao PDR and eastern Thailand could also be affected by the remnants of the storm system on October 14.