Matthew became a major, Category 3 hurricane at 15:00 UTC today while passing over the south-central Carribean Sea. A Tropical Storm Warning is currently in effect from the Colombia/Venezuela border to Riohacha. The path of the system remains uncertain, and the National Hurricane Center (NHC) recommends its progress should be monitored along the coasts of Venezuela and Colombia, in Jamaica, and eastern Cuba. Whether it will impact the US next week remains unclear.

Matthew formed as a tropical storm on September 28, 2016, over the Windward Islands, as the 13th named storm of the 2016 Atlantic hurricane season. It is now the 1st September Caribbean major hurricane since Felix in 2007 and the 1st Carribean in any month since Sandy in 2012, Eric Blake, Hurricane Specialist at the NHC said. 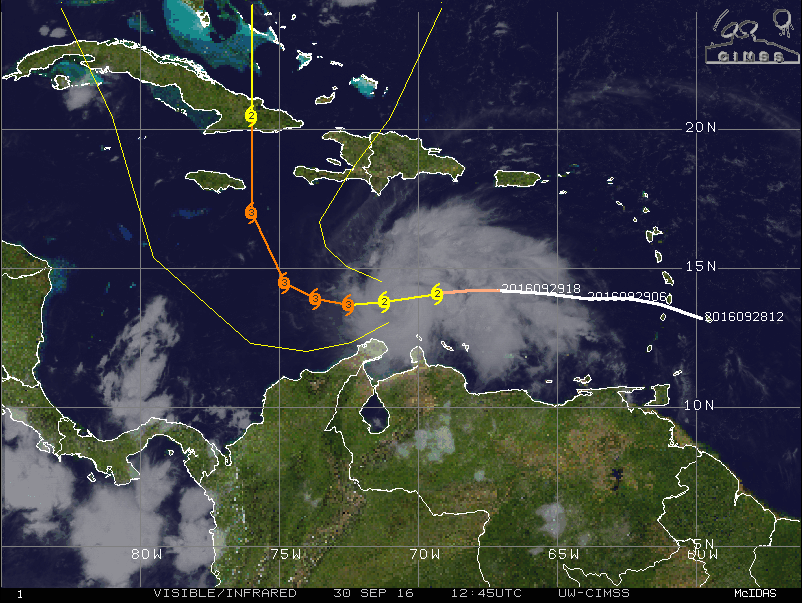 Matthew is expected to turn westward, with a decrease in forward speed, later in the day, and the motion should continue through October 1. During the night of October 1 or on Sunday, October 2, Matthew will turn northwestward.

#Matthew is now a major #hurricane– the 1st September Caribbean major hurricane since Felix 2007 & 1st Carib in any month since #Sandy 2012 pic.twitter.com/PJA2cESoiU

On the forecast track, the center of Matthew will pass north of the Guajira Peninsula in the hours ahead and remain over the central Caribbean Sea through early Sunday.

Swells from the hurricane will affect parts of the coasts of Puerto Rico, Hispaniola, Aruba, Bonaire, Curacao, Venezuela, and Colombia over the coming days and are likely to cause life-threatening surf and rip current conditions.

The NHC has warned that the progress of Hurricane "Matthew" should be monitored along the coasts of Venezuela and Colombia, in Jamaica, Hispaniola, and eastern Cuba, and a hurricane watch may be required for Jamaica later in the day.

A significant spread in the model guidance following the coming 3 days is remaining and average NHC track errors for the fourth and fifth day are of the order between 289.7 and 386.2 km (180 and 240 miles). 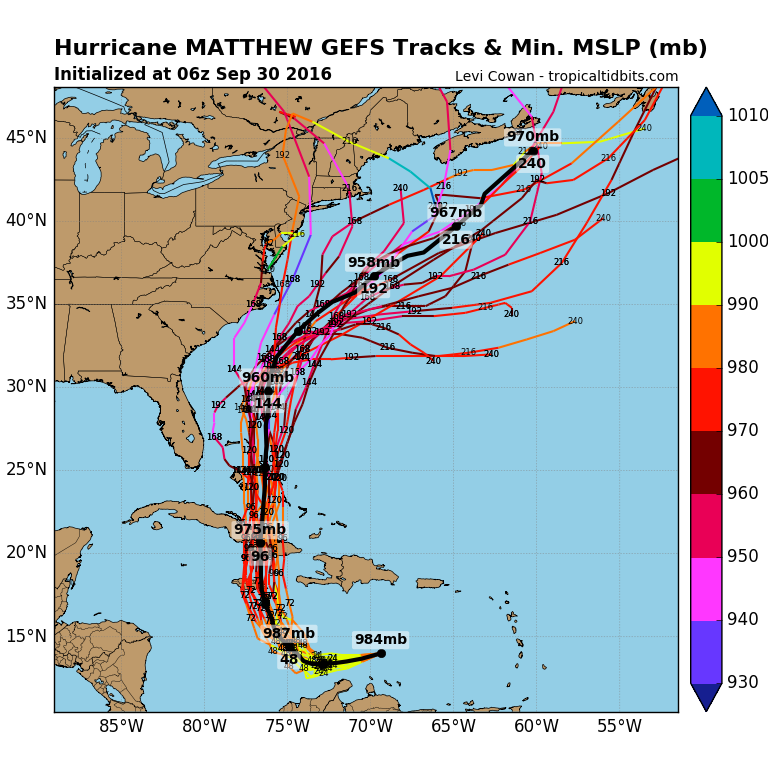