Over 228 mm (9 inches) of flooding rain fell in parts of eastern North Carolina on September 29, 2016, washing away roads and causing numerous water rescues.

The hardest hit was the city of Fayetteville in Cumberland County where 25 water rescues were performed and several roads closed after flooding overtook them.

The Lower Little River rose from its average height of 2.4 to 9.44 m (8 to 31 feet) – the highest recorded in decades, said Tad Davis, the town manager. 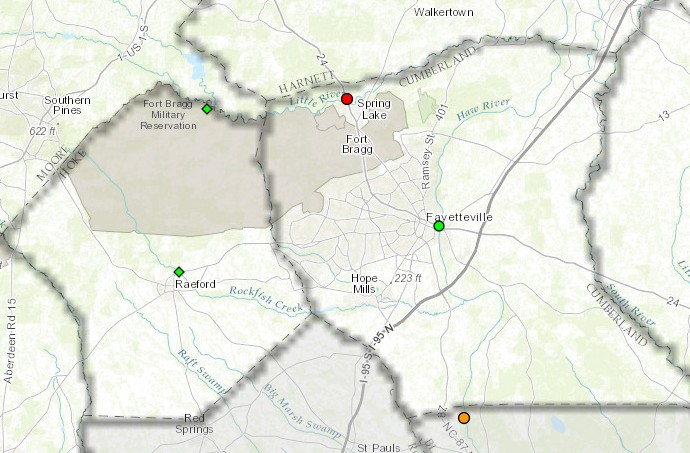 The Long Valley Farm Lake Dam at Carvers Creek State Park had a partial breach, and a full breach of the dam appeared imminent. The Fayetteville Observer reported that the partial breach was between 7.6 to 9.1 m (25 and 30 feet) wide and water flowed over the dam, which stretches 61 m (200 feet) across.

Officials report the neighborhood at greatest risk from the dam has already been evacuated.

More views from around the city. STAY HOME and STAY SAFE. We have water rescues going on throughout the city #TURNAROUNDDONTDROWN pic.twitter.com/blv6rGFA18

A state of emergency is in effect in Cumberland County. Schools said classes are canceled on Friday, September 30.

About 2 000 Duke Energy customers were left without power. 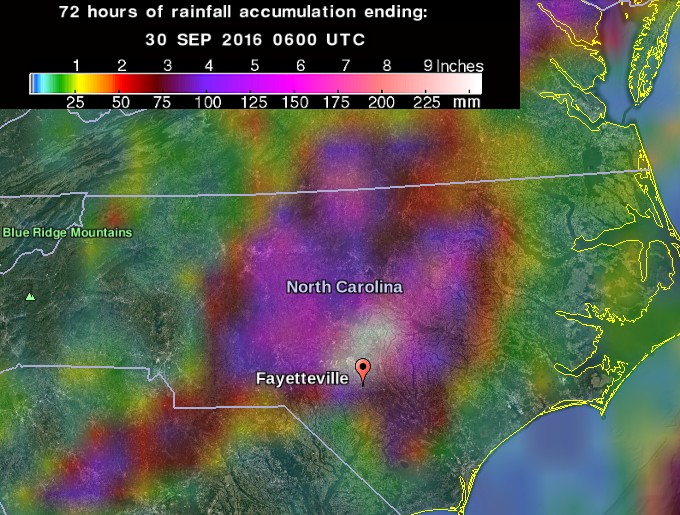 Featured image: Roads washed away after 228 mm (9 inches) of rain in North Carolina. Credit: The News Journal (via Facebook)