A series of low pressure systems will trek across the Tasman from July 6 into the weekend, resulting in locally heavy rain and the potential for flooding and slips for the east of the New Zealand's North Island. Appreciable snowfall is also possible for the ski fields in the north of Canterbury from Thursday, July 7 into early Saturday, July 9, 2016.

According to NIWA, the storm’s moisture is being sourced from the tropics north of Australia and transported southward over the southwest Pacific Islands to New Zealand. The unusually warm ocean waters across the entire region will play a role in the intensity of the rain and snow. The dense plume of moisture can be described as an “atmospheric river.” 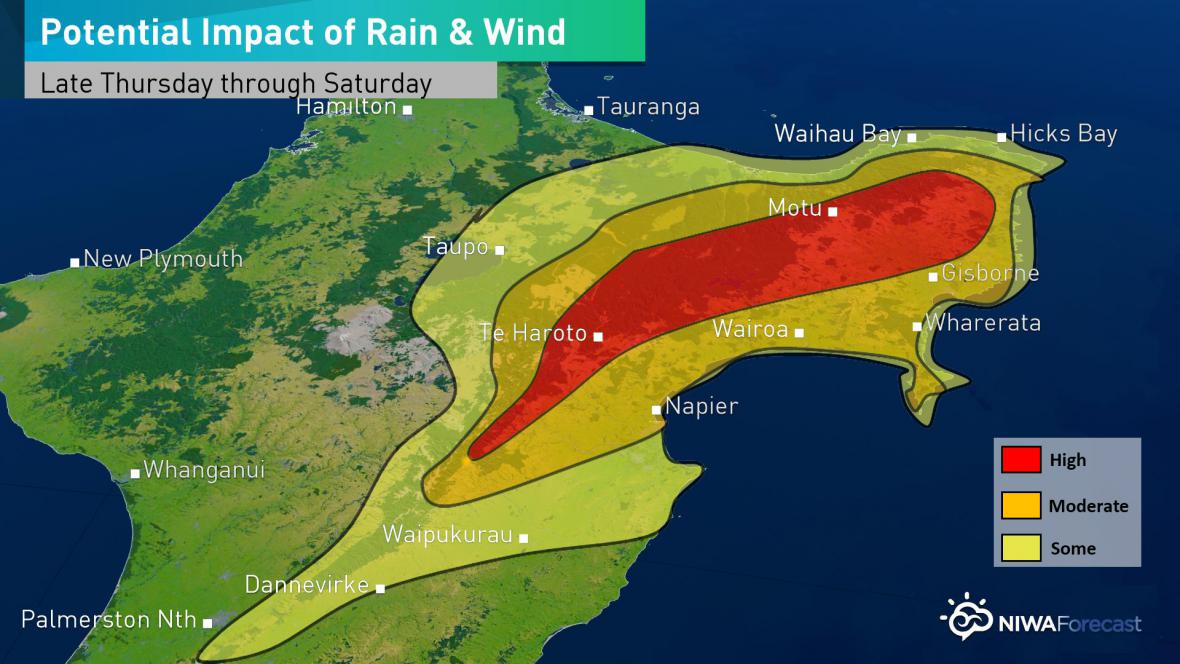 Light rain in the Wairarapa tomorrow is forecast to pick up in intensity early on Friday morning local time across the region and become heavy at times in a narrow corridor including Hawke’s Bay and Gisborne. The heaviest rain is currently expected to occur late on Friday before easing on Saturday.

The heaviest falls will be over the mountain ranges of interior Hawke’s Bay and Gisborne, where rain amounts in excess of 175 mm (6.9 inches) are possible. Rainfall closer to the coast will be about 50 – 100 mm (2 – 4 inches) though locally higher amounts are possible.

Wind gusts from north coastal Hawke’s Bay to Gisborne may gust higher than 100 km/h (62 mph) at times with gusts across the interior ranges of over 130 km/h (81 mph).

State Highway 5 between Taupo and Napier and State Highway 2 in Gisborne and Hawke’s Bay are among the routes that could be worst affected. 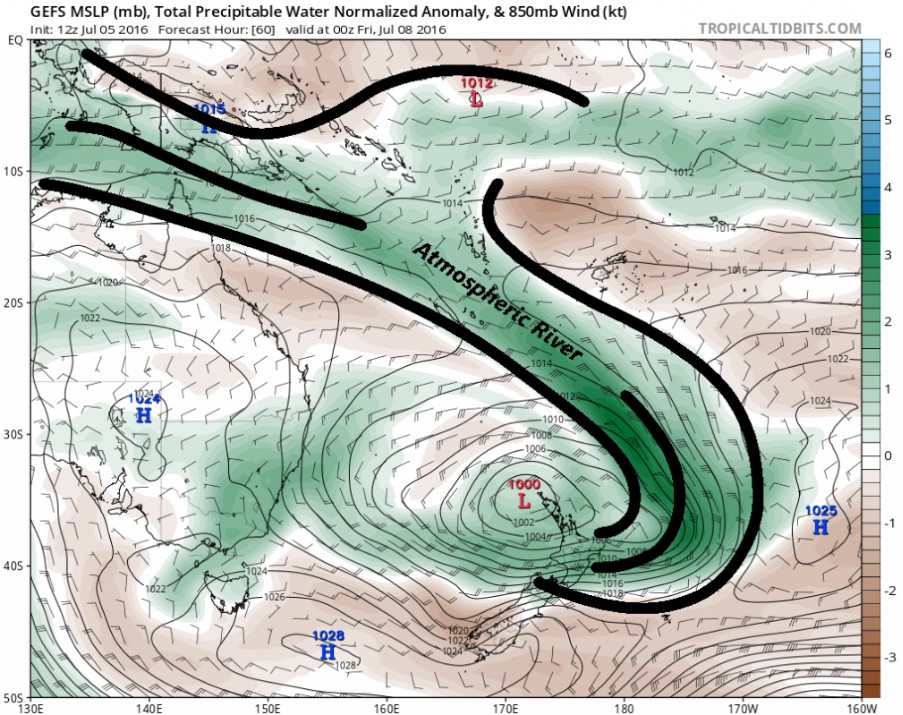